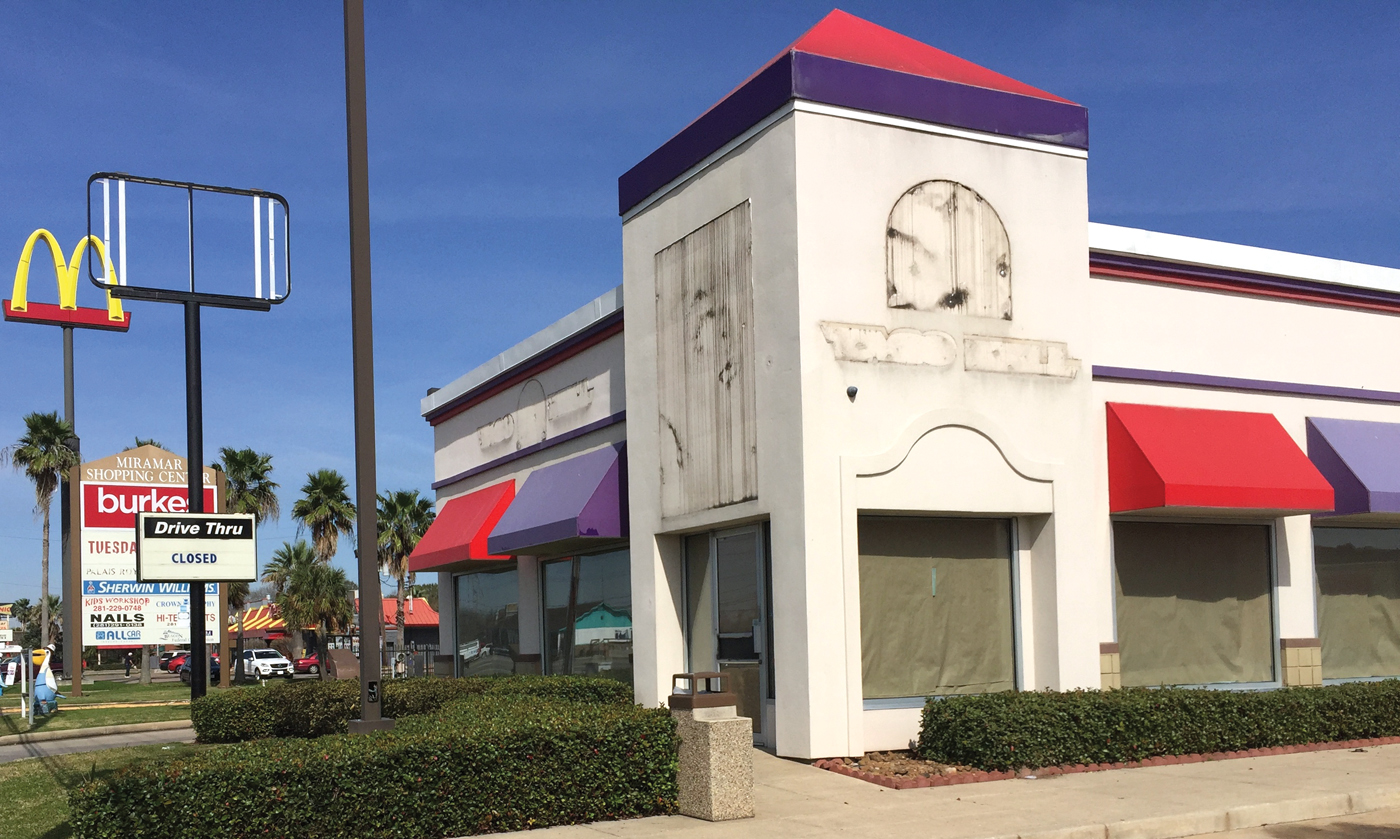 Seabrook began to see the first impact of the State Highway 146 Expansion Project with the closing of its Taco Bell/KFC franchise.

Taco Bell/KFC, like many businesses along Highway 146, have been or are being acquired by TxDOT for the highway expansion. As these businesses are acquired, their storefronts will be closed and eventually demolished to make way for the utility relocation phase of the project prior to construction of the highway, which is slated to begin either late summer or early fall 2018. TxDOT property acquisition for the project began in January 2016.

In addition to Taco Bell/KFC, the Seabrook House of Flowers was to close at the end of February; however, they will be relocating to the Pelican Plaza off NASA Parkway across from Endeavor Marina. As the year progresses, residents can expect additional dining and retail stores along the highway corridor to either close or relocate.

The city’s Economic Development Corporation has been working with the businesses along the corridor offering incentives and relocation options within the city. The city anticipates there will be high demands on remaining commercial corners along the corridor as several parcels will be divided along the east side of the highway. Current land owners are researching and working with developers on ways to bring in new businesses.
The Seabrook Town Center will be a prime location for both businesses that plan to relocate and for new businesses. Construction on the median and driveway cuts along Repsdorph have already started and the City of Seabrook is currently in the process of relocating the Public Works and Animal Control facility to Red Bluff Road.

The new facility is planned to open later this spring. Once these facilities and structures have been relocated, the city will begin demolition on the property to make way for the Seabrook Town Center.

Recently, the city added a new layer to its GIS mapping system that shows residents and businesses the exact schematic of the new highway design. Users can zoom in to see how current businesses will be affected and how existing parcels will be divided. This new tool is useful to landowners who are scouting perspective businesses. The new highway frontage is expected to be extremely appealing to both local businesses and up and coming franchises.

To view these maps, go to www.seabrooktx.gov/gis and click the City Map – Public option. Once in the system, turn on the layer option Highway 146 Expansion Schematic.