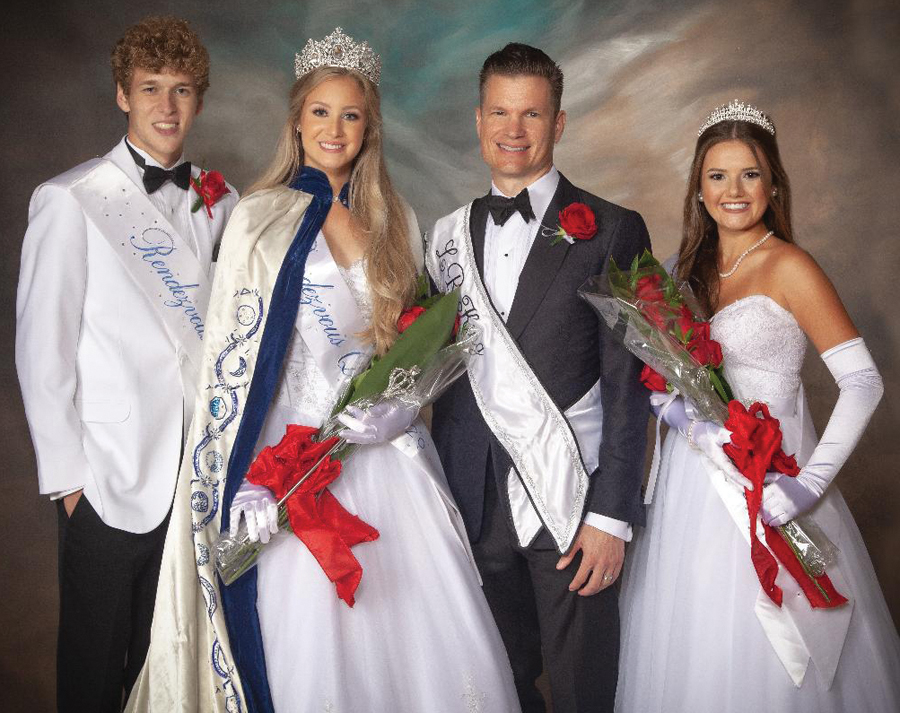 Lunar Rendezvous royalty pose together with Queen Samantha Williams during the Coronation Ball at the San Luis Convention Center in Galveston. They are, from left, Captain David Oliver, King Shade Lewis and Queen Alternate Nicole Leistad, who will reign over the 2020 festival next summer.

A PRETTY BLONDE Clear Springs High School senior, Samantha Grace Williams, is the new queen of Lunar Rendezvous and will reign over the 2020 festival next summer with King Slade Lewis and other members of the Royal Court.

She was crowned by 2019 Lunar Rendezvous Queen Sabrina Curran, daughter of Georgette and Christopher Curran. 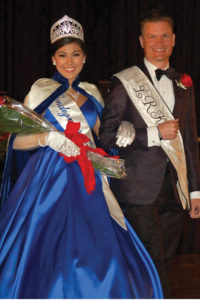 2019 Queen Sabrina Curran takes one last stroll around the ballroom.

The daughter of Diane and Allen Williams, she was crowned at the Coronation Ball, this year’s festival finale at the San Luis Convention Center in Galveston and escorted by Kai Tipton Sabin, son of Daric Sabin and Christi Skaggs.

Ashley Nicole Leistad, a Clear Creek High senior, was elected the queen alternate, or runner-up, when the princesses voted to elect a queen from among their number. She is the daughter of Janelle and Reed Leistad and was escorted by Andrew Stephen Dry, son of Laura and Stephen Dry.

The new captain is David Stoney Oliver, son of Elizabeth and Dana Oliver Jr. and a senior at Clear Falls High who plans to attend Texas A&M. His escort was Kylee Barth, daughter of Cherra Barth.

Afterwards, the new queen and king danced the first dance before they were joined by the entire Royal Court and their escorts, making a beautiful picture as their parents looked on.
The evening, which had the theme, “Hot Havana Nights,” began with a champagne reception as Festival Chairman Michelle Holland and Vice Chairman Debby Reichert joined Coronation Ball Chairman Kathy Rea and Vice Chairman Veronica Rapp and Festival Advisory Board Co-Chairmen Jill Williams and Kelli Byrd in welcoming the several hundred guests, who later enjoyed a filet mignon dinner and danced to the music of Password.

YEAR AFTER YEAR, the Lunar Rendezvous Fashion Show is a runaway hit, and it was again this year, with dozens calling it “the best ever” as they headed for home.

And, fashion guru Lenny Matuszewski was at his best as he took the crowd on “A Sail Around the World” while celebrating his 30th year of producing the fashion show with a video of him expressing how much it has meant to him to produce the style show and showing clips from previous shows.

Which was quite a thrill for Fashion Show Chairman Anouk Davis and Co-Chairman Meg Crowleyand Advisory Board Co-Chairmen Kelli Byrd and Jill Williams and many of the long-time volunteers, such as Board Chairman Mike Landolt and his wife, Ann Wismer.

The 54th annual show ended with a bang. A model emerged to the tune of Stars & Stripes Forever and as she turned at the end of the runway, the train of her gown turned into a U.S. flag – to the delight of the crowd.

The Lunar Rendezvous Festival is dedicated to providing community-based support including scholarships for higher education, youth development and educational programs, funding for the arts and historical preservation in the Bay Area Houston/NASA area. In the past 10 years alone, Lunar Rendezvous has given over $1 million in scholarships for higher education! 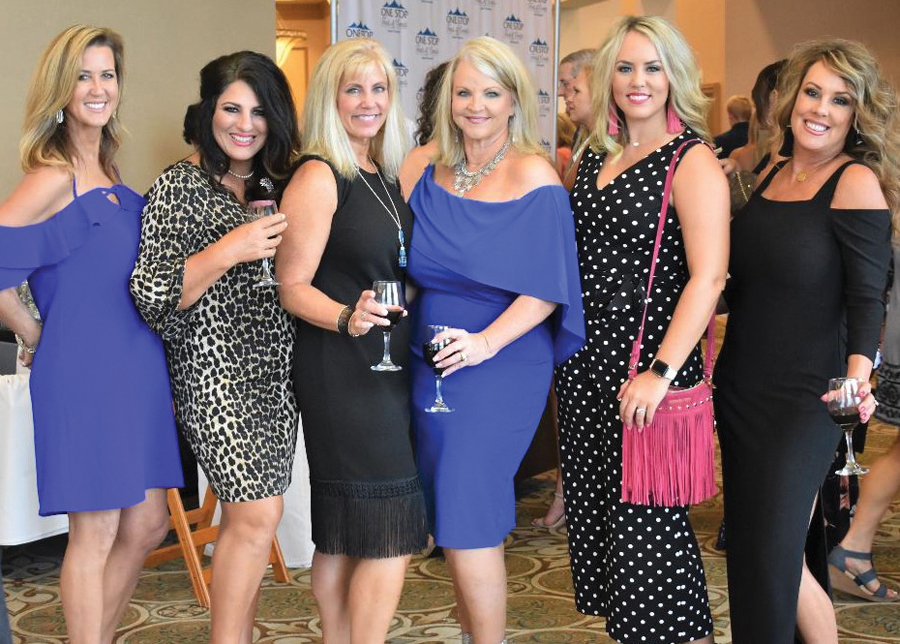