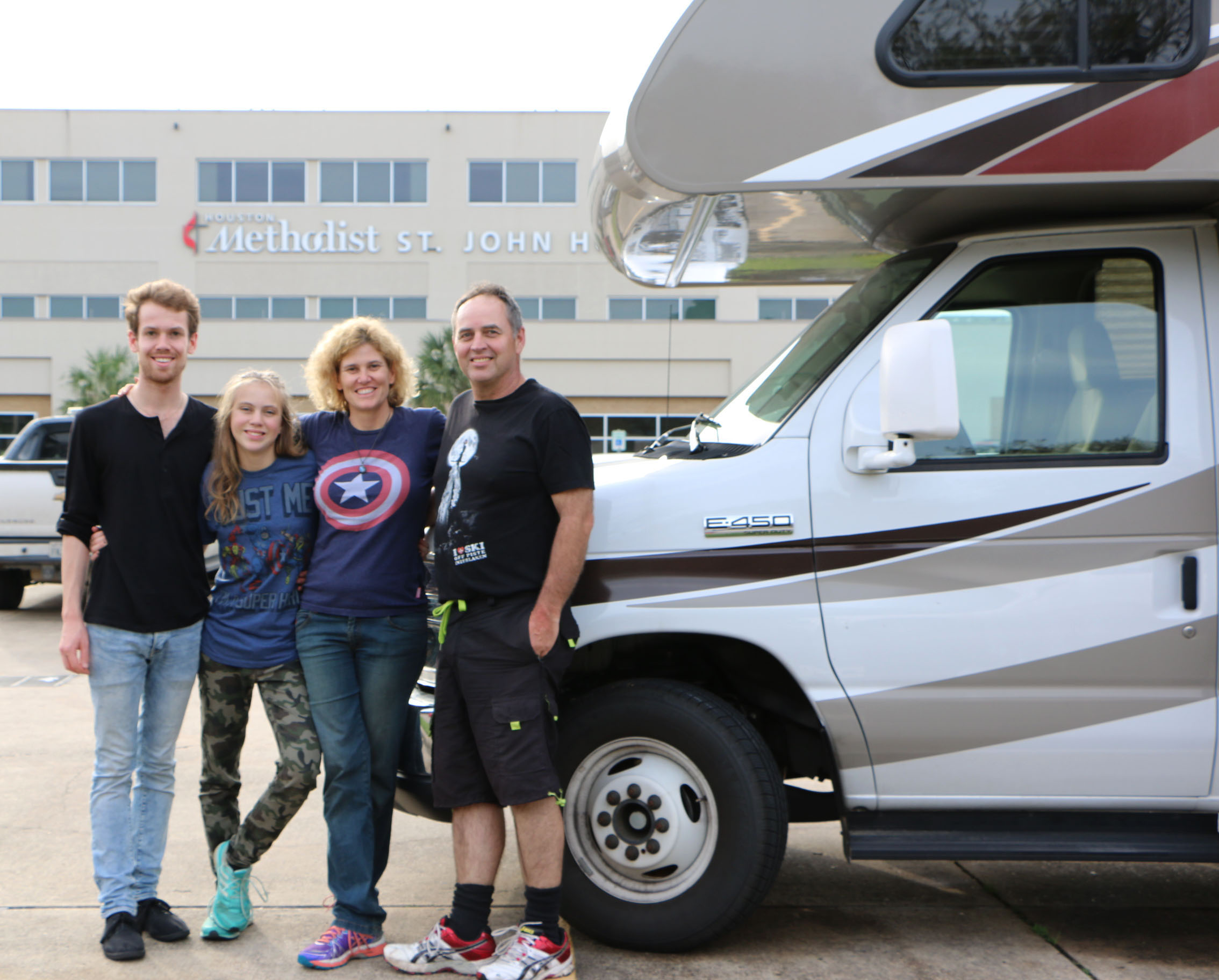 Imagine you are halfway around the world, vacationing with your family, when you suffer a medical emergency.  That’s what happened to the Perkins family during their recent visit from Adelaide, South Australia. In the middle of a 30-day RV tour of America, Rik Perkins and his wife Sonya, son Jack (age 20), and daughter Cassidy (age 12), were forced to camp out in the Houston Methodist St. John Hospital parking lot.

The Perkins family’s first taste of America began in Los Anglos. Their journey took them across the country and they ended up in Houston, visiting NASA and Space Center Houston.  While there, Rik’s pain which had occurred earlier in their trip flared up again, so the family went across the street to Houston Methodist St. John Hospital.

He was suffering with a septic gallbladder infection (sepsis), and his gallbladder had to be removed. Dr. Larry Watson successfully performed the surgery and Rik had to spend eight days recovering while his family lived in the RV in the hospital parking lot.

As Sonya and the kids found ways to entertain themselves, a steady stream of hospital staff came through to ask how they could help.

“Carolyn, the nurse from the OR, adopted us,” Sonya said. “She could see that we were going crazy living in the RV in the car park.” Carolyn had them over to her home for dinner. Shannon took the girls to the movies. The ICU employees got involved, taking care of the family’s laundry.

During their time together, the Houston Methodist St. John Hospital staff and the Perkins family bonded.  Dr. Watson wrote letters to the Perkins’ insurance company when they experienced difficulties getting a proper flight home.

Back home in Australia, Rik has resumed his role as a police officer, but remembers his hospital adventure fondly. “This was by far the best medical care I’ve ever had,” he said. “The way we were all treated was just over the top.”