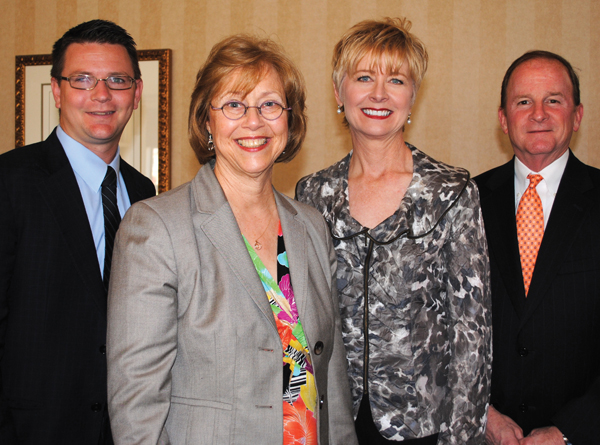 Both brought good news for the area.

Martin briefed Rotarians on the large new Clear Lake City development Trendmaker Homes  and Fidelity Partners are planning  just east of Space Center Boulevard near the intersection of Clear Lake City and El Dorado Boulevards — 700 new homes  on 372 acres, plus some 300,000 square feet of high-end retail on 50 acres at the front entrance.

“The area will include swimming pools, parks, walking and jogging trails and a dog park,” Martin said, adding that the groundbreaking is scheduled for later this year.

Besides the expansion at Ellington Airport, other good news included:

A proposed new fire station for El Dorado Boulevard, north of Clear Lake City Boulevard, will have to go to City Council for approval and be included in the city’s five-year plan;

NASA has secured the 747 that flew the Shuttle Endeavor into Houston and plans to move it to Space Center Houston, where the mock shuttle will be mounted on top of it;

A $13.5 million update is planned for South Shaver, which connects to I-45 just north of Ellington Field.

Commissioner Morman provided an update on how his office has dealt with what he called “a dire budget situation” when he took office two years ago and “how we can do what we need to do with what we have.” Despite having to do more with less, “we always find novel ways to get things done,” he said.

“Infrastructure is the No. 1 job for a county commissioner, and that’s where our focus is,” he explained,  telling how his office is restoring Sylvan Beach Park and making lots of improvements to Clear Lake Park and Bay Area Park.

Also, he said his office is: