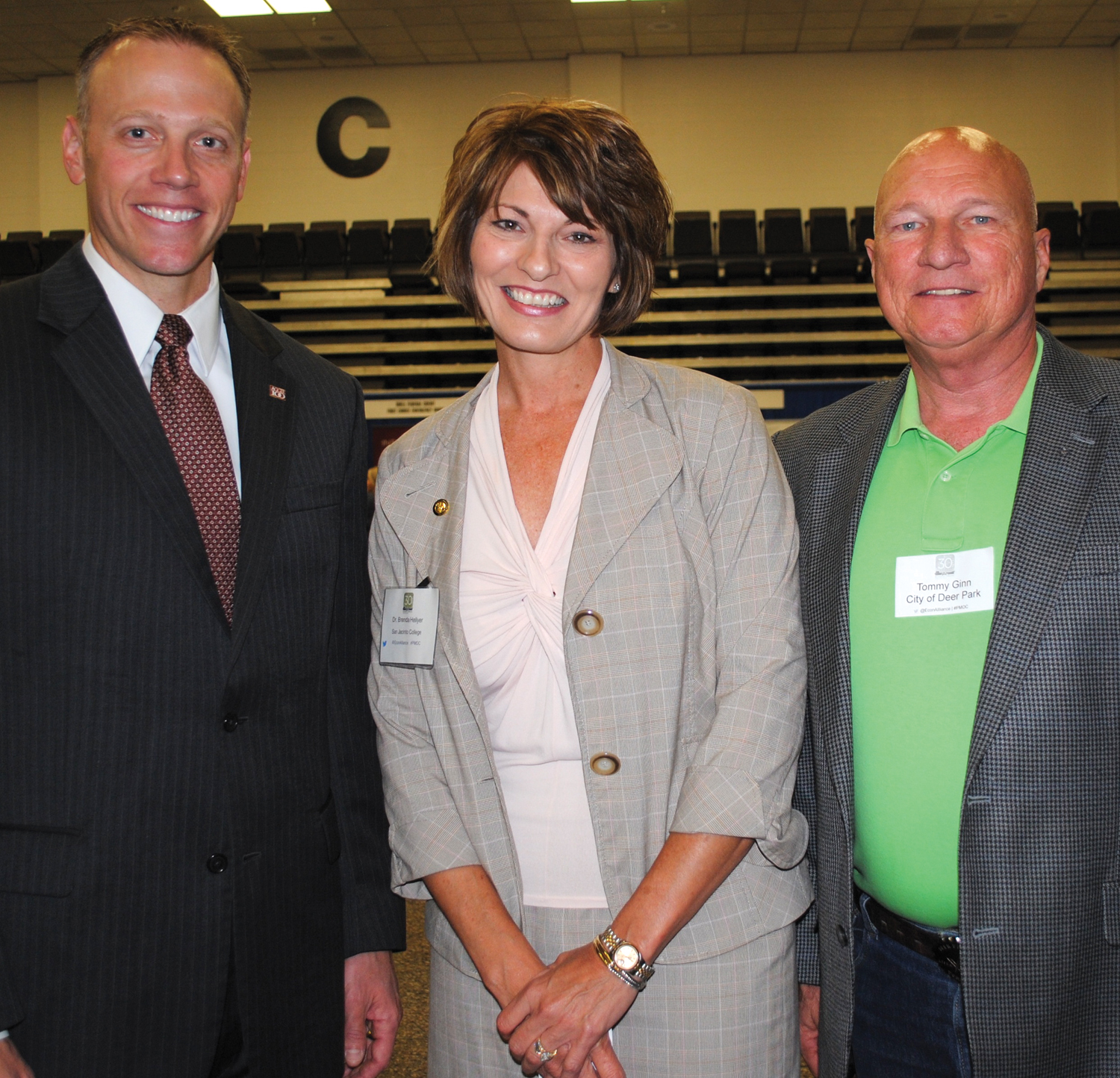 An all-star lineup of speakers greeted the crowd of about 700 attending the 2015 Petrochemical & Maritime Outlook Conference, hosted by the Economic Alliance Houston Port Region at the Pasadena Convention Center. 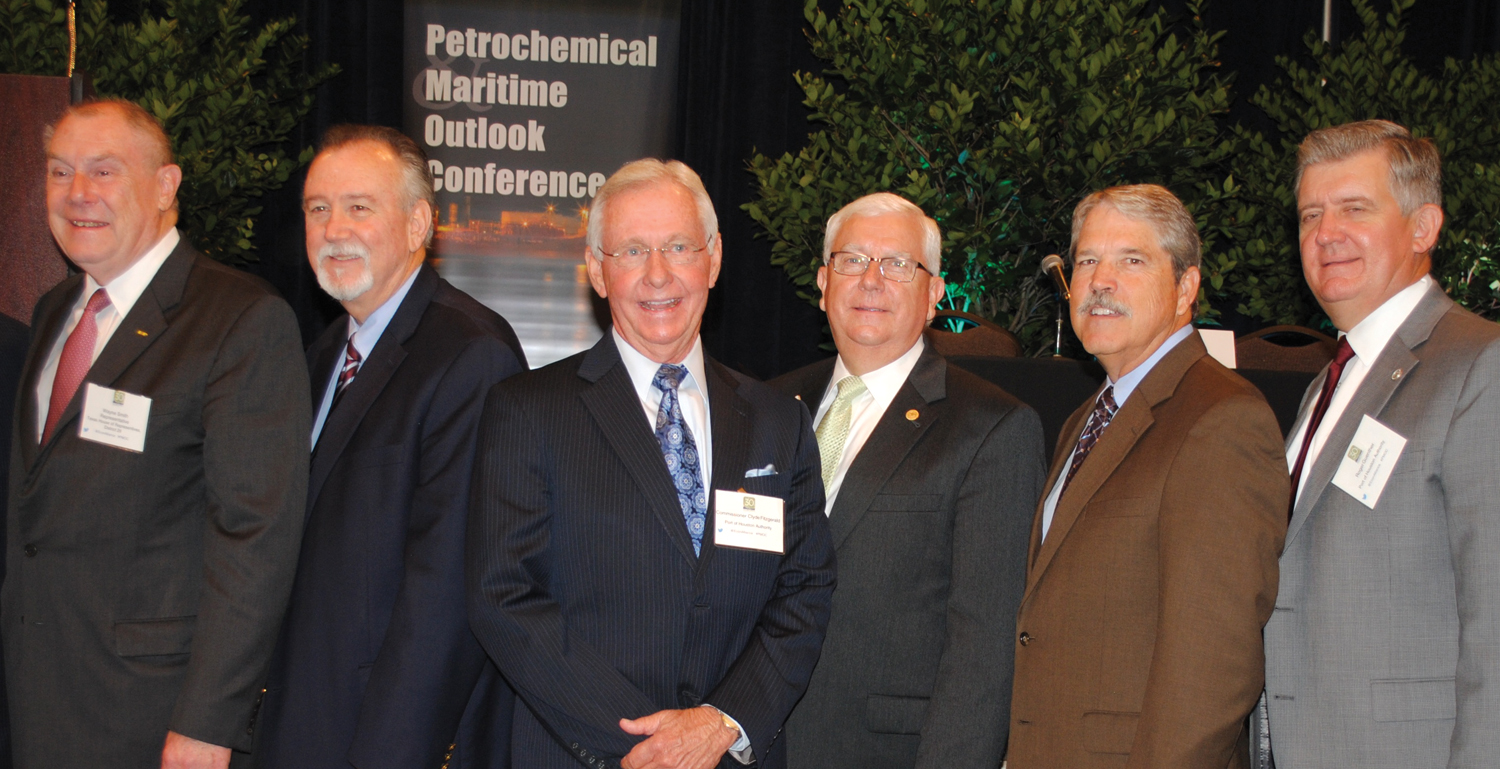 Which way do we turn? That was the question as, from left, State Rep. Wayne Smith of Baytown, Port Commissioners Stephen Don Carlos of Baytown, Clyde Fitzgerald of Pasadena and John Kennedy of Nassau Bay line up with State Senator Larry Taylor and Port Executive Director Roger Guenther for photographers during a break at the Petrochemical & Maritime Outlook Conference.

Petrochemical, maritime and logistics experts all delivered bold forecasts for continued capital investment in new facilities and expansions in the Houston Ship Channel and Greater Houston region.
While it was clear that declining oil prices and resulting job cuts were on the minds of industry leaders, they expressed confidence the “downstream” industry was well-positioned to grow and could adjust to a changing market due to cost constraints implemented by refining, chemical and maritime industries during the 2008-2009 recession.

All see challenges ahead, especially the petrochemical and maritime industries, which are experiencing a growing gap of skilled workers needed to build, maintain and operate plant and port facilities and are working with area community colleges and high schools in an effort to expand the pool of qualified workers. 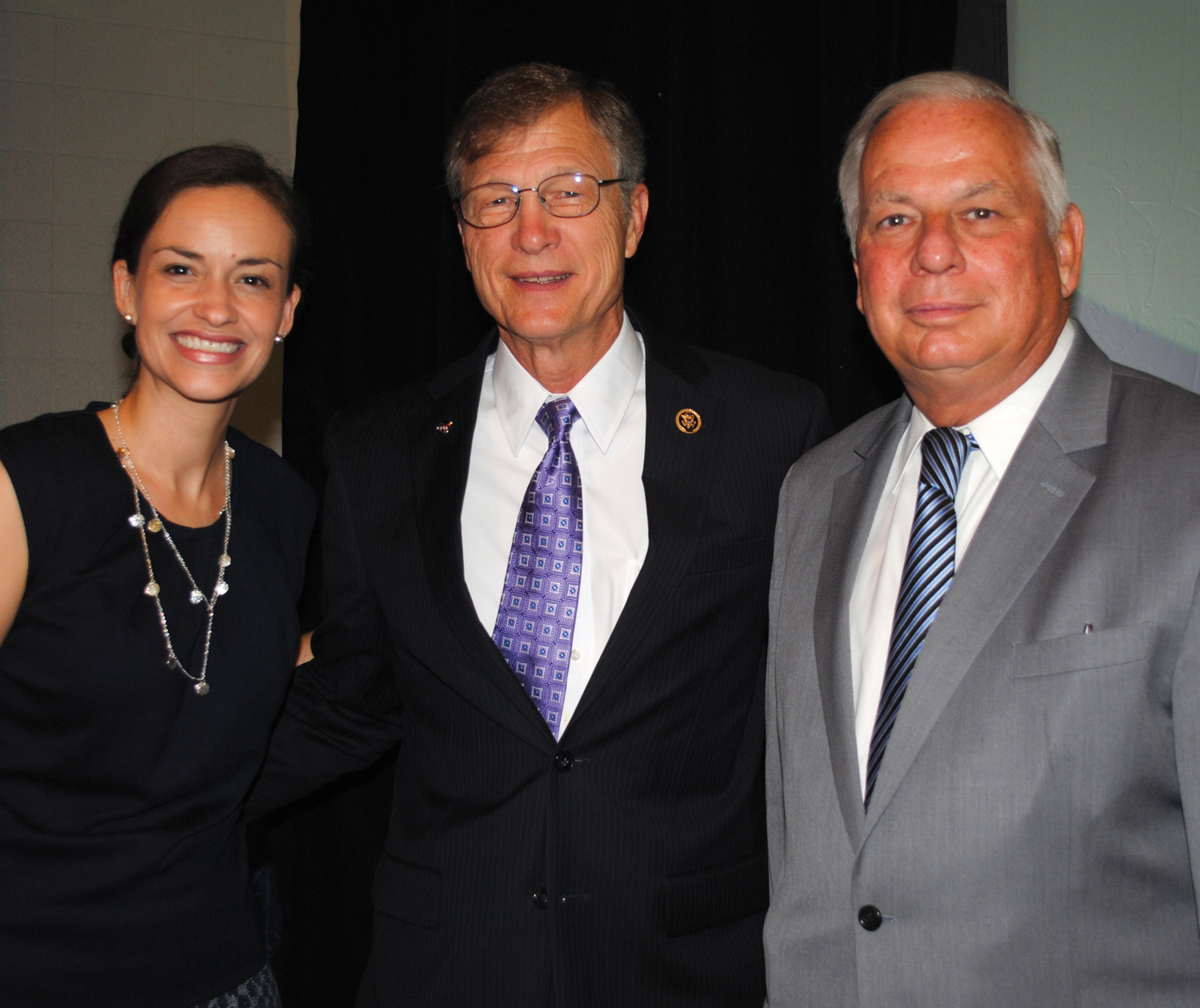 “The expansion of our industries … is requiring more qualified employees to handle these high tech jobs,” said Chad Burke, president of the Economic Alliance Houston Port Region. “That is a good challenge and we are meeting the challenge by working with our partners to identify the workforce needs and ensure that we have the right solutions.”

Congressman Gene Green (D-29) expressed optimism that the EPA would continue current programs that have seen improvement in air quality rather than burdening industry with new, costly regulations. Congressman Brian Babin (R-36) acknowledged that Congress is prepared to pass legislation that protects the public and industry in a cost-effective manner.

The Port of Houston Authority was the presenting sponsor of the conference and LyondellBasell, Lee College, San Jacinto College and Bay Group Media were gold sponsors. More than 40 companies were silver and bronze sponsors.