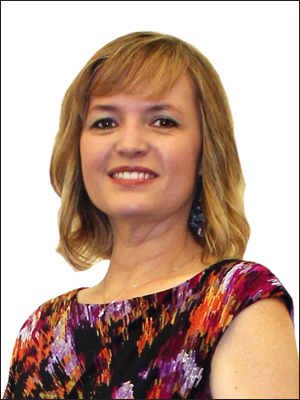 Hicks brings 12 years of municipal experience to the City of Seabrook after having previously worked for the City of Sugar Land and the City of Odessa. Hicks was hired by Sugar Land in January 2010 as the administrative manager for the City Secretary’s Office and was then promoted in April 2013 to deputy city secretary.

She also served as Sugar Land’s acting city secretary from January 2013 to March 2013. Prior to working for Sugar Land, Hicks was employed by the City of Odessa from 2002 to 2009 as a paralegal in the City Attorney’s Office.

Hicks has a Bachelor of Science degree in Psychology from Texas Wesleyan University in Fort Worth and a Certificate of Paralegal Studies. She is also a Certified Mediator, a graduate of Leadership Odessa and a graduate of the Sugar Land Emerging Leader Academy. Hicks is currently on track to complete her Texas municipal clerk’s certification by April 2016.

Prior to her career in municipal government, Hicks worked for a family law attorney as a paralegal and she has 10 years of experience with social work, working as a foster care coordinator.

Hicks was born and raised in Odessa, but is now glad to be living close to the water in Bay Area Houston.  She spends her time traveling to Brownwood, Texas to visit her parents and to California to visit her sister, brother-in-law and her nephew, Coleman.

Hicks said she is looking forward to her service to the City of Seabrook and applying her skills and experience to the citizens, growth and stability of this vibrant city.