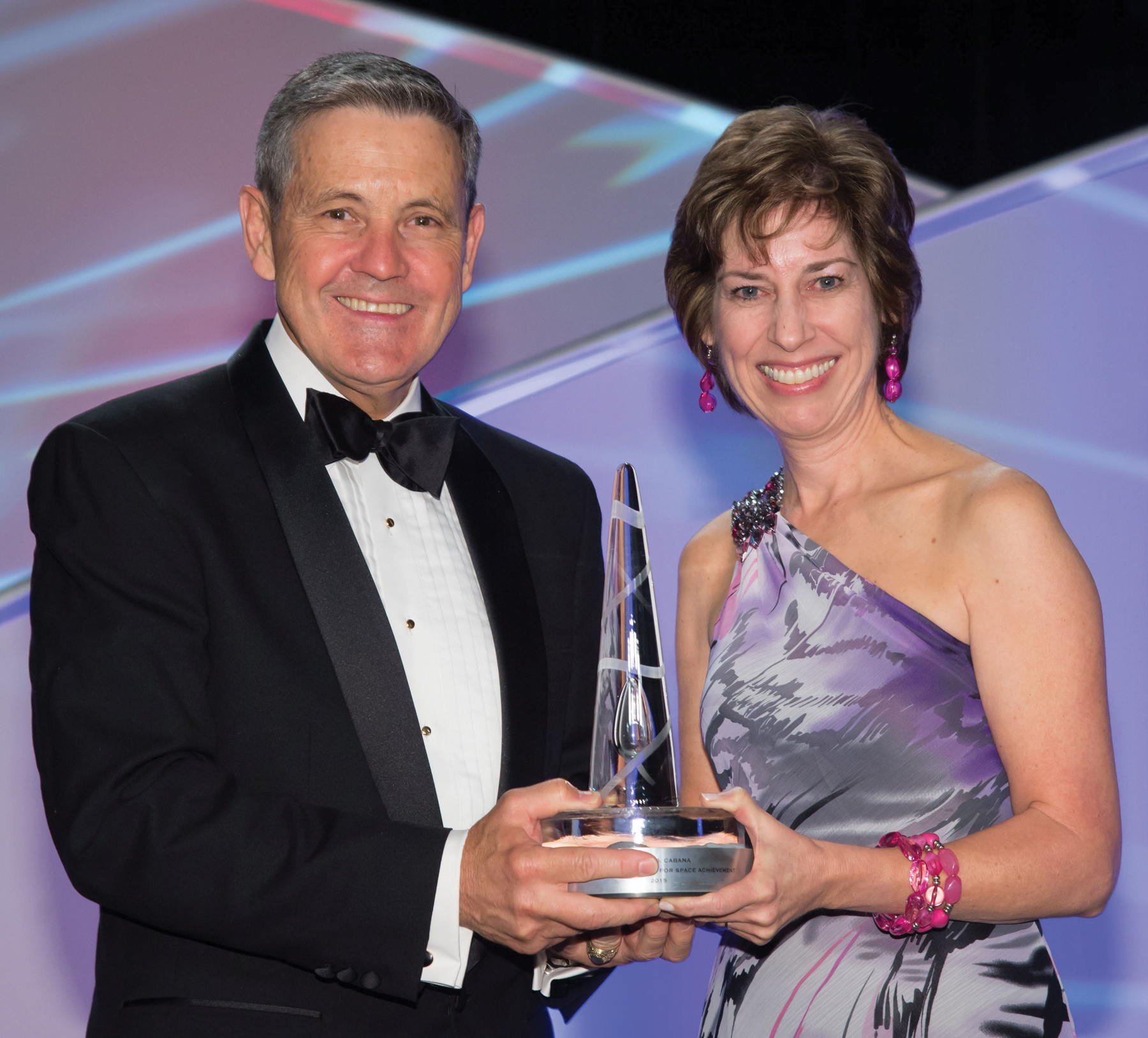 KENNEDY SPACE Center Director and former astronaut Robert D. Cabana was honored for his “exceptional leadership and executive guidance in leading the evolution of NASA’s Kennedy Space Center as the world’s premier multiuser spaceport in support of NASA’s exploration goals” with the presentation of the 2015 National Space Trophy April 24.

Johnson Space Center Director Dr. Ellen Ochoa, also a former astronaut, made the presentation at the Rotary National Award for Space Achievement Foundation Gala at the Houston Hyatt Regency before a crowd of 800 who gave the long-time Clear Lake resident a standing ovation. 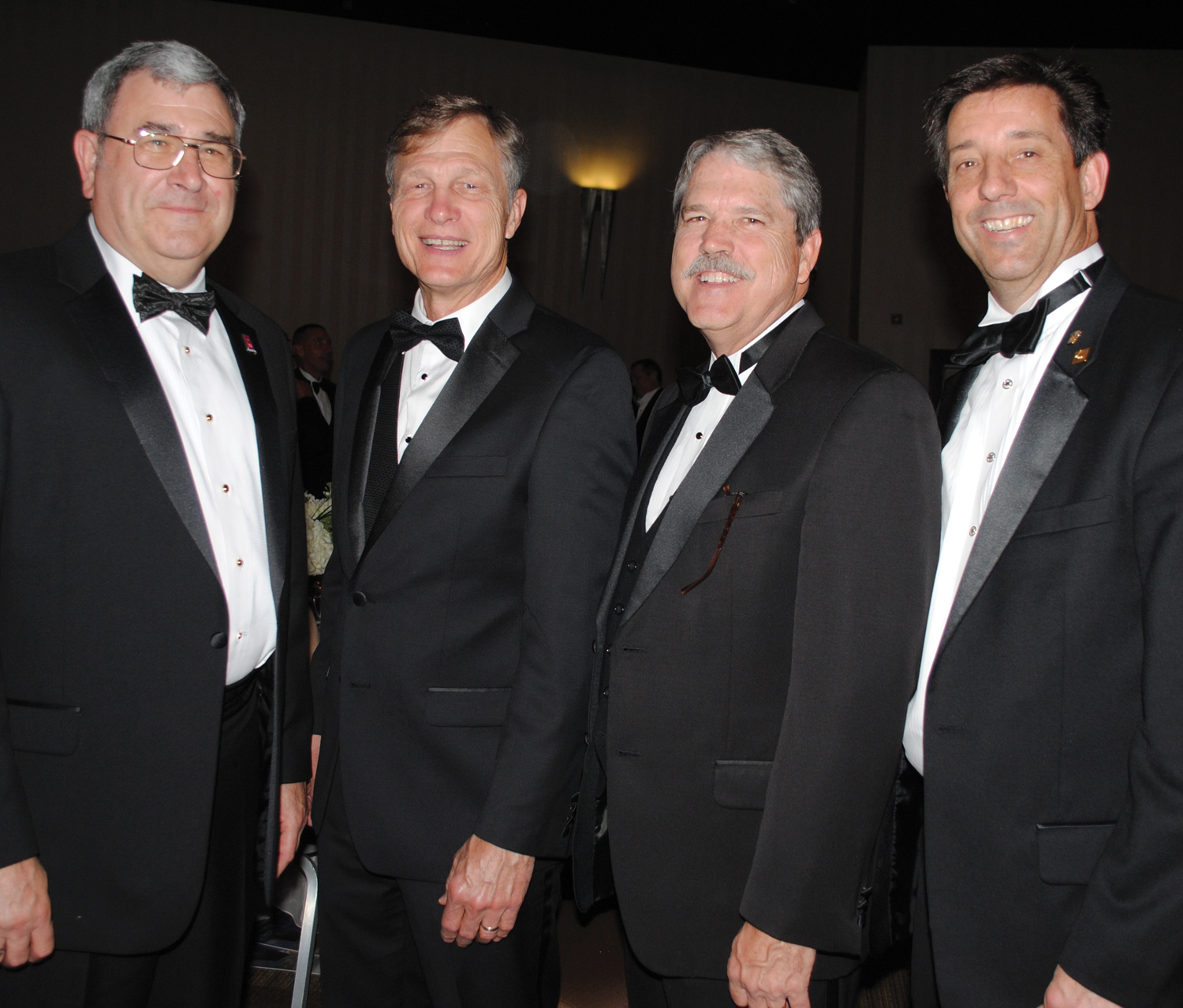 Delighted to be back with many old friends, the colonel joined Dr. Ochoa at the top of the hotel escalator to greet the arriving crowd – all of whom were happy to see him. 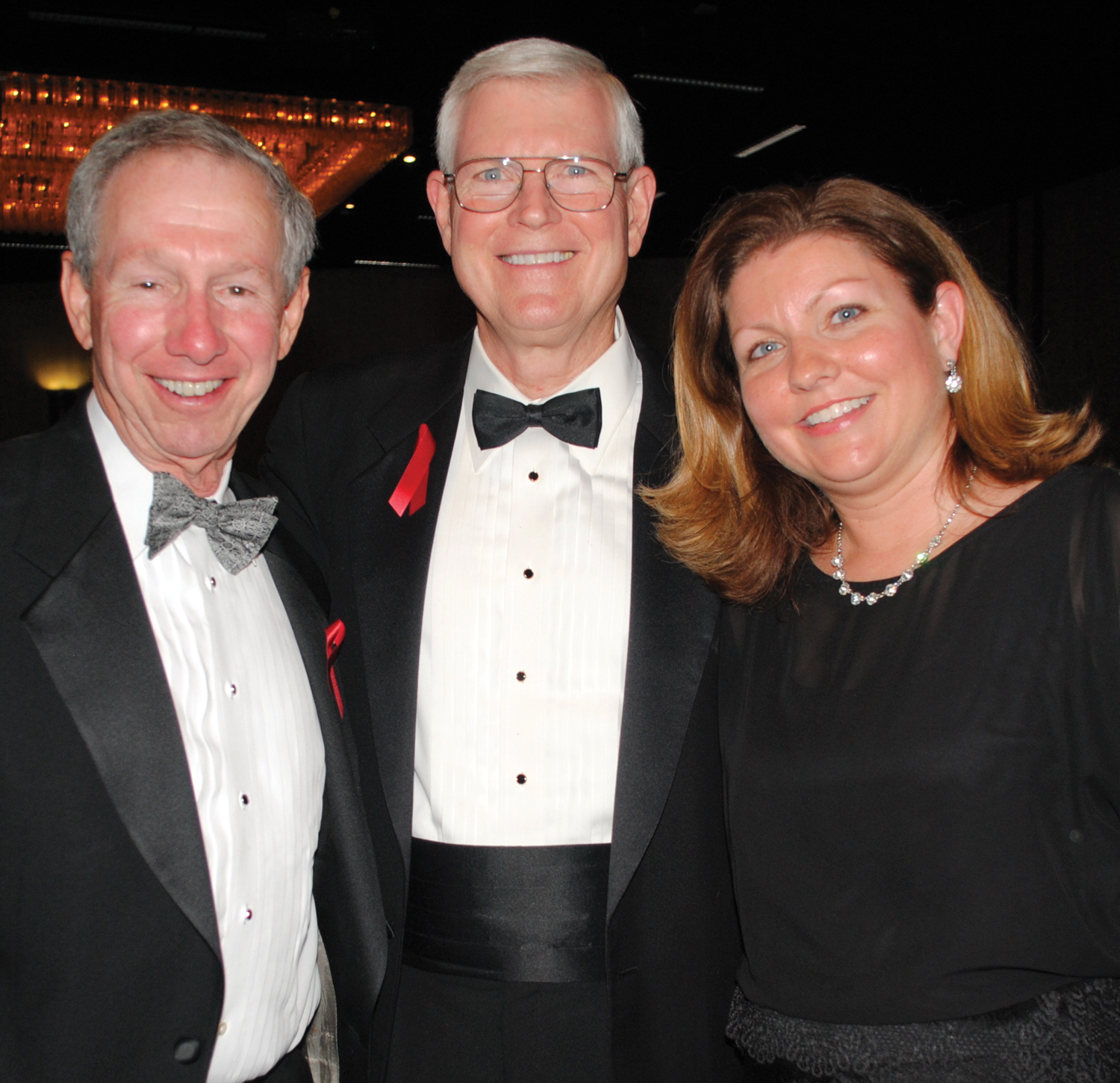 RNASA Foundation Chairman Rodolfo González, who came with his wife, Anangela, welcomed the crowd to RNASA’s 29th annual gala, saying that “RNASA’s mission is to encourage, recognize, honor and celebrate U.S. space achievements from across the entire country and across all sectors.” 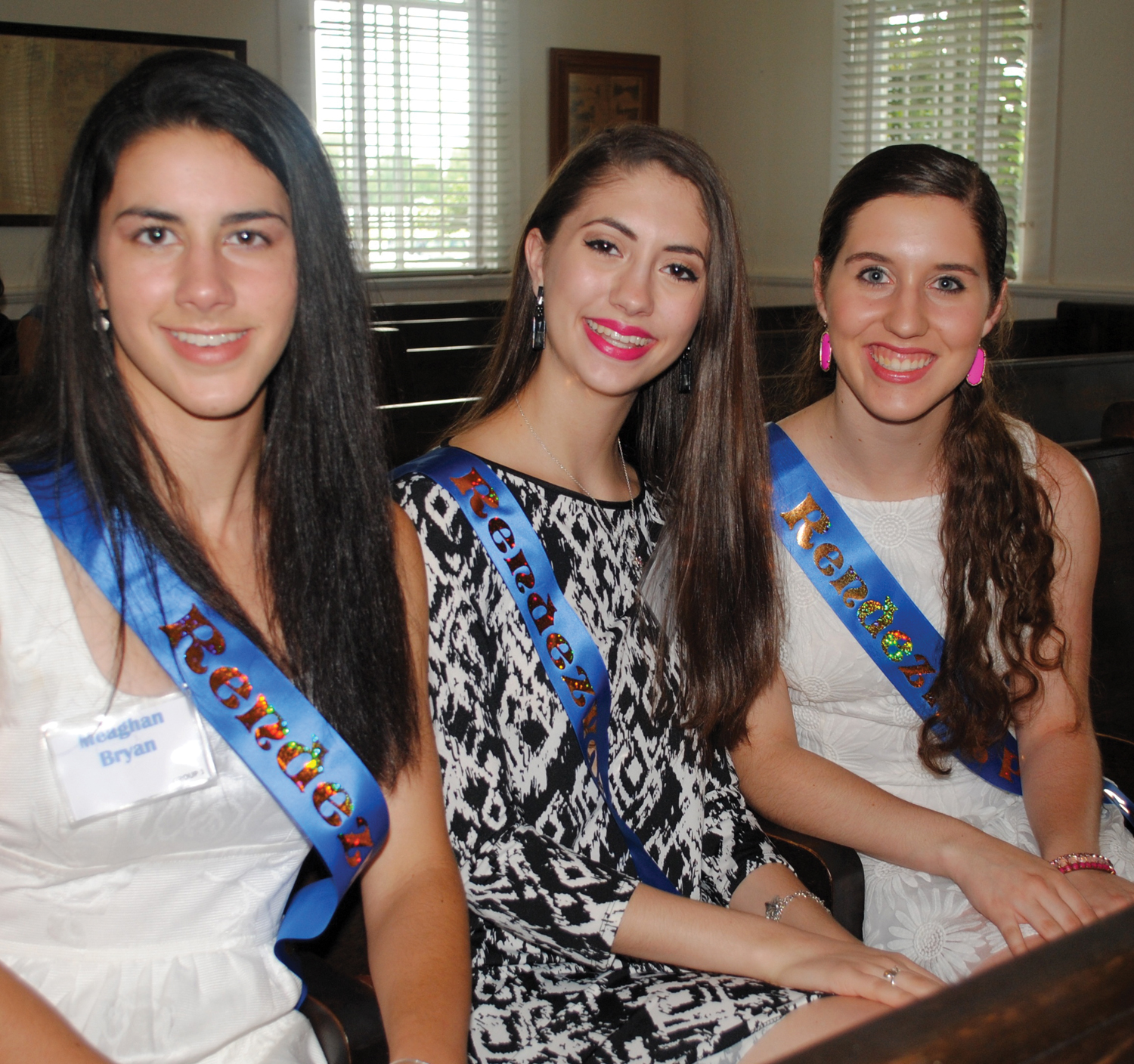 The Stellar Award winners were announced by two astronauts, Col. Randy Bresnik and Tracy Caldwell-Dyson, who then presented them with engraved marble trophies donated by Orbital ATK.

Cabana said, “I am incredibly honored that the committee thought me worthy to receive the National Space Trophy this year” and closed by saying “I can’t think of any place I would rather be than part of this amazing team. Thank you again, and don’t stop dreaming!” 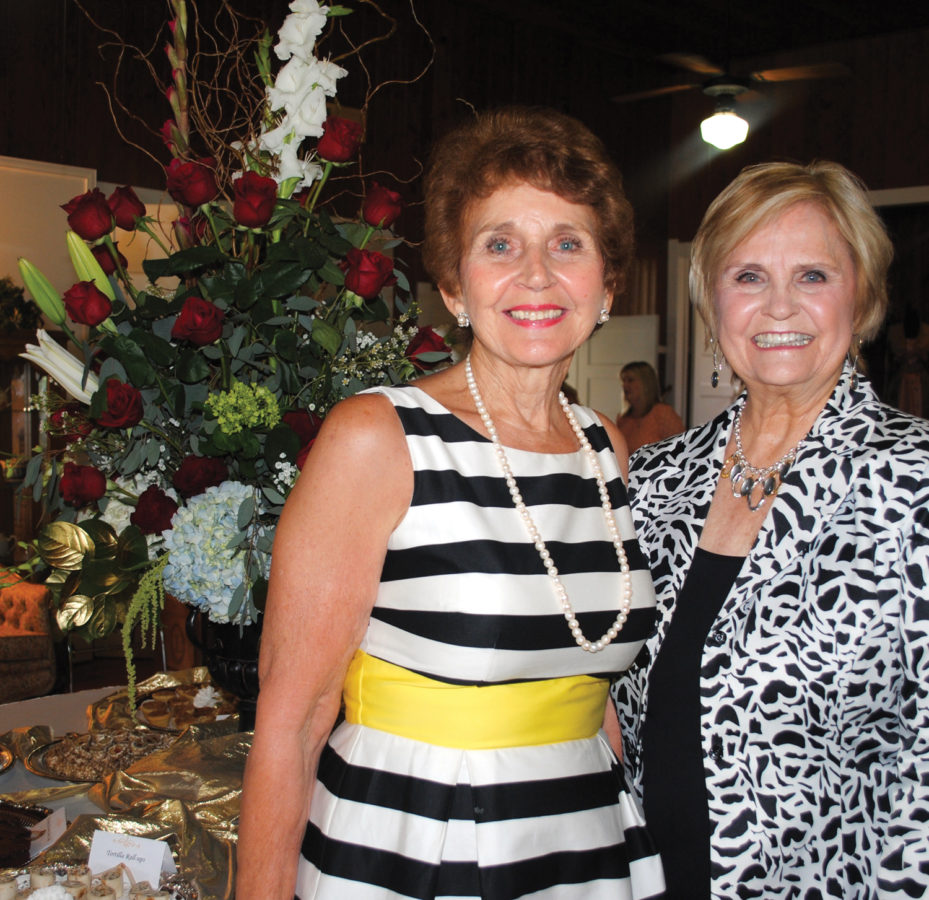 Silver Tea Co-Chairmen Dr. Peggy Clause, left, and Jan Larson have everything in place and are ready to greet the crowd.

Joining Museum Guild members in honoring her were the Lunar Rendezvous Festival royal court – King Jerry Ross, Queen Allison Powell, Queen Alternate Demerle Monks and Capt. Jack Mullen and all this year’s princesses and lieutenants. Along with Angie’s husband, Matthew; son and daughter-in-law, Joshua and Sarah Weinman; and son-in-law and daughter, and their two young daughters, Made for quite a crowd! 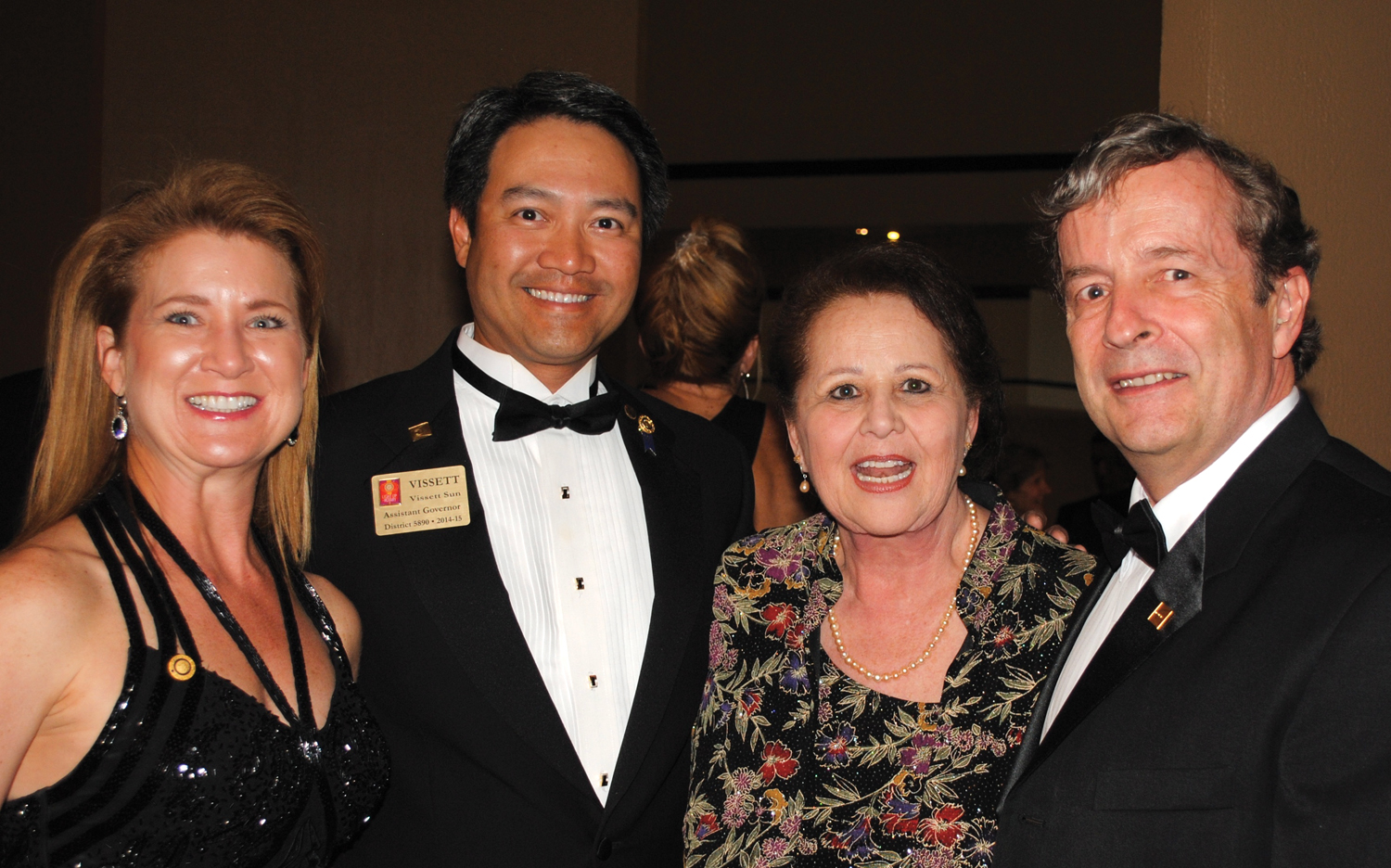 Dr. Vissett Sun and his wife, Adrienne, left, talk over old times with Donnie Johnson and Geoff Atwater at the Space Gala. Sun, Johnson and Atwater are all former Space Center Rotary presidents.

Co-Chairmen Dr. Peggy Clause and Jan Larson were at the door to welcome Lunar Rendezvous Board Chairman Mike Landolt and his wife, Ann Wismer, Guild President Carole Murphy and other officers, Diane Dornak, Cindy Kuenneke and Dr. Kimberly Weathers while Jill Reason, Ava Galt and Sandi Quillen were checking to make sure all was in place for the arriving crowd.