Every year, the aerospace community anxiously awaits the announcement of the Rotary National Award for Space Achievement Stellar Award winners.

Out of 137 nominations received, the Panel selected 19 individuals and 7 teams for recognition. Prior to the evening’s festivities, all nominees were treated to a behind-the- scenes tour of the Johnson Space Center and a luncheon at South Shore Harbour Resort. Stellar Awards Committee Chairman Jennifer Devolites welcomed the nominees and then said, &quot;You are here because you are excellent.” She asked the nominees to consider using their excellence to provide leadership to others, take on mentoring, and to also take risks and get outside of their comfort zones with regard to what they already do well.

Capt. Sunita Williams was the featured speaker at the Stellar Awards Luncheon. Launched on STS-116 in December 2006, Williams joined the Expedition 14 crew onboard the International Space Station. She completed three spacewalks in 2007, setting a new record for spacewalk time by a woman that stood until December 2008. Upon landing in June 2007, she had spent a record-breaking 194 days, 18 hours and 58 minutes in space.

Each nominee received a Fisher Space Pen donated by the company. The Fisher Space Pen was originally carried by the astronauts on the Apollo moon missions and is still used on manned space flights to this day. They are precision assembled, hand tested, and guaranteed to perform underwater, at any angle including upside down, in extreme temperatures, and of course in zero gravity.

All the Stellar nominees had their photo taken as they received a special commemorative certificate with a United States flag that was flown aboard the Space Shuttle Endeavour, STS-108, Dec. 5 – 17, 2001.

The Stellar Award winners were announced at the RNASA evening gala on April 29, 2016 by Astronaut Rex Walheim and Astronaut Stephanie Wilson who presented them with engraved marble trophies donated by Orbital ATK. The winners in each of the four categories, Early Career, Mid Career, Late Career and Team are: 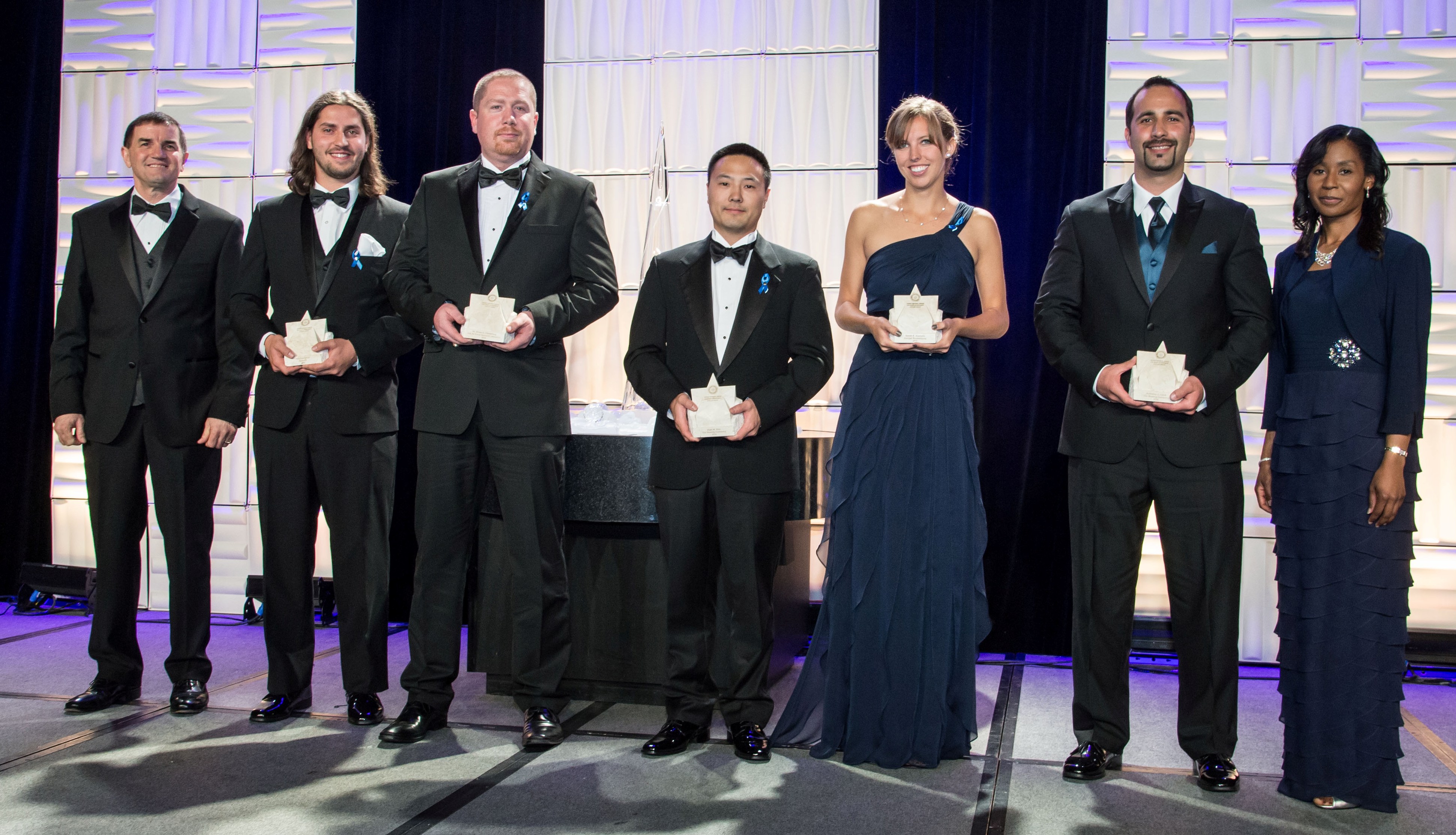 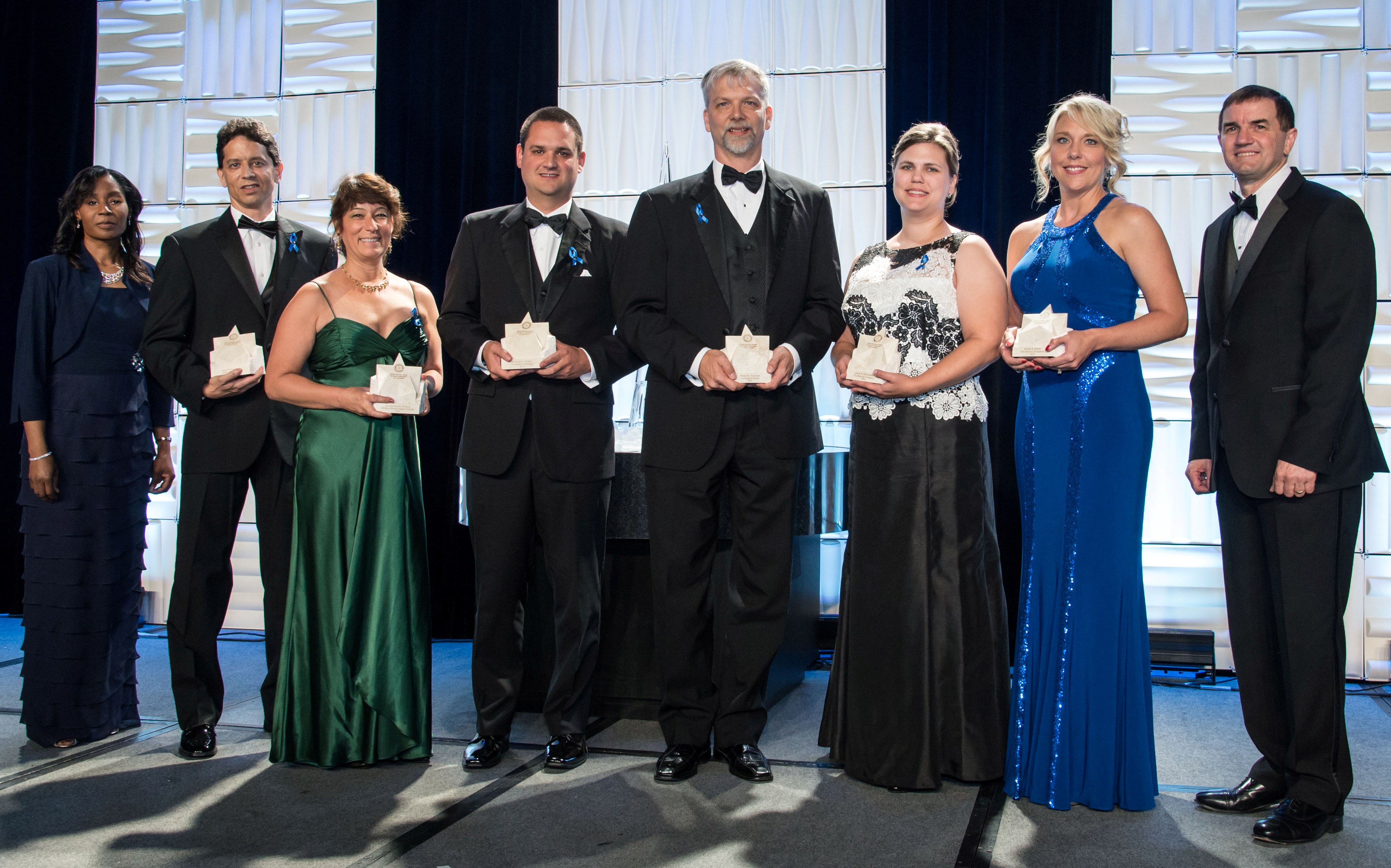 Leslie Robertson of The Boeing Co. – Outstanding technical knowledge and ingenuity in development and deployment of compiler, patch and review tools for the iss program, including training and support across iss software development teams.

Anthony Dicello of The Boeing Co. – Exceptional leadership contributions of the development of the first two international docking adapters which will adapt the international space station for docking by the next generation of commercial crew transportation systems.

Paul Connolly of Pratt & Whitney – Outstanding contributions to understanding the ORSC cycle and its operation in the rd-180 rocket engine.

Sheila Sharp of The Boeing Co. – Outstanding accomplishments in the leadership, mentorship and development of critical teams in the definition, design and integration of program requirements and resolution resulting in program progress, compliance and overall performance. 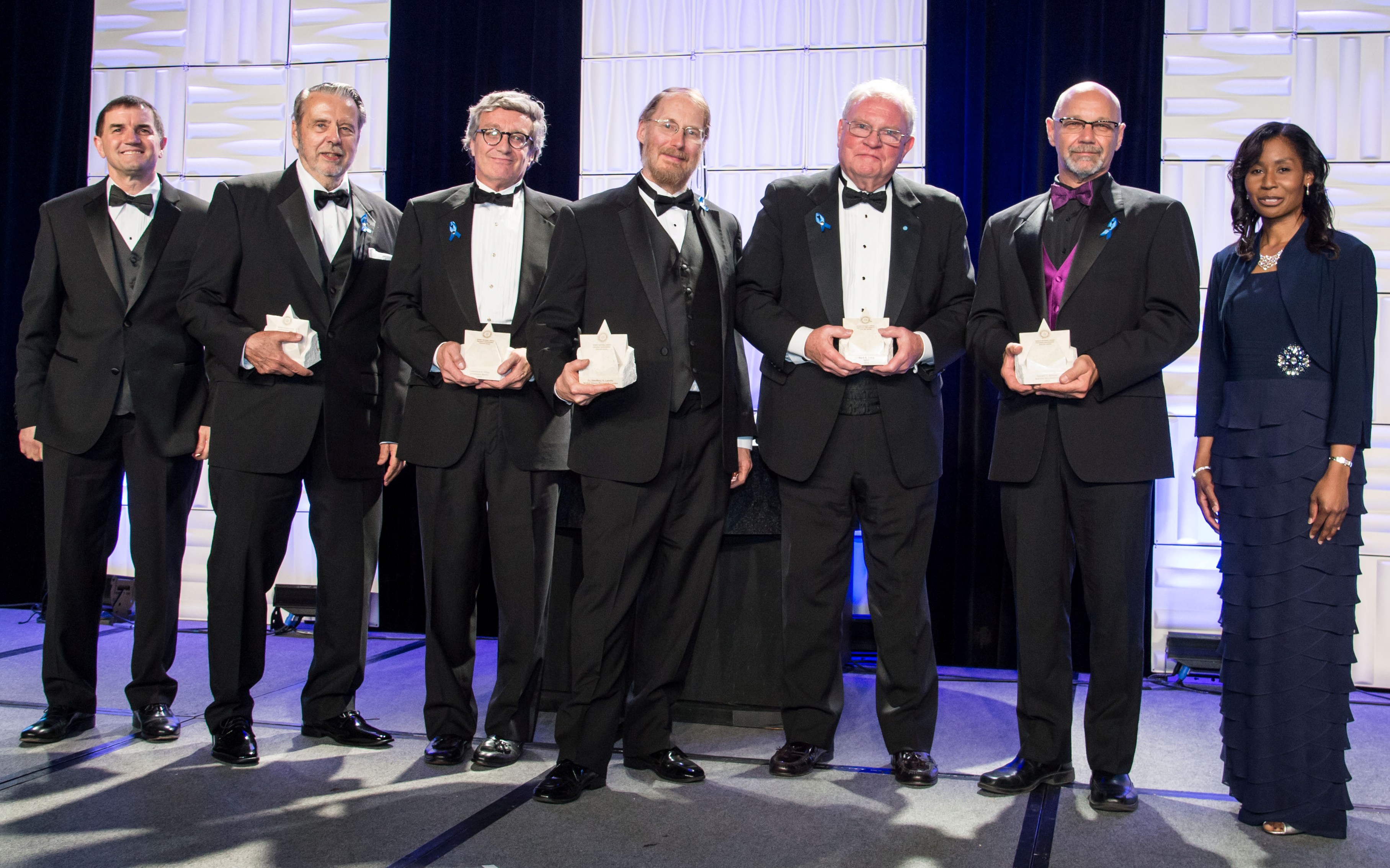 George Dickey Arndt of Johnson Space Center – Outstanding dedication to exceptional electromagnetic technology development utilizing collaborations from within and outside the agency.

Robert Brazier of Aerojet Rocketdyne – Invaluable contributions and leadership in the production of liquid rocket propulsion in support of the advancement of America’s space programs.

Visit http://www.rnasa.org/photos.html for images from the event. Individual photos of each nominee and winner are available upon request.