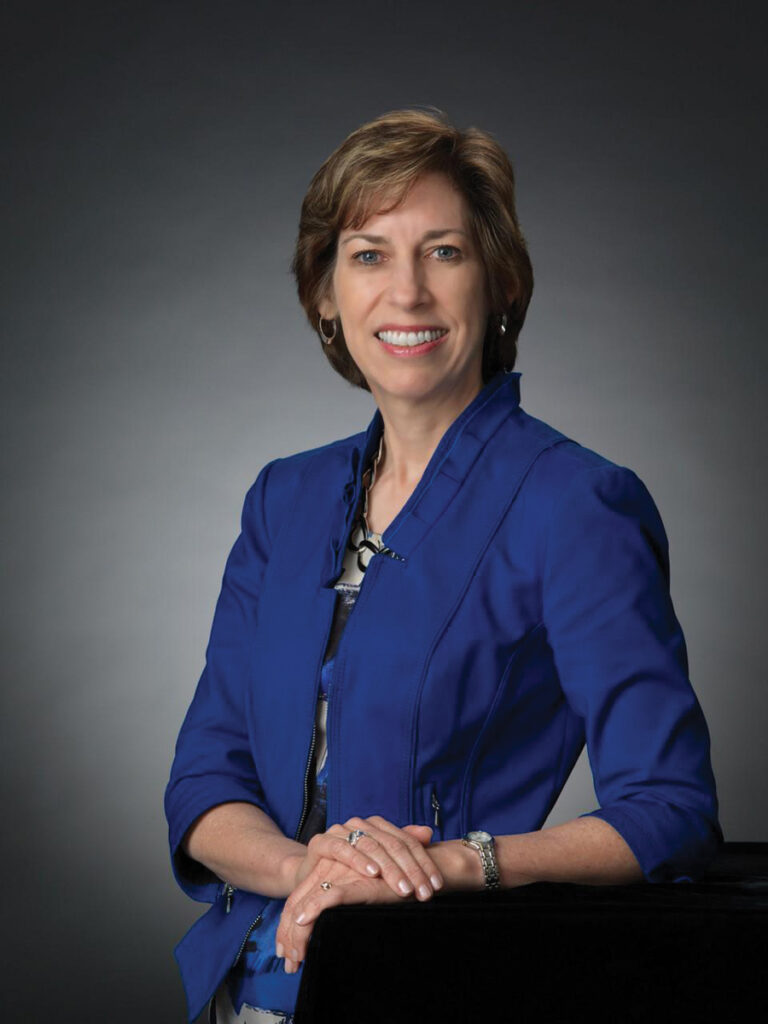 Retired Johnson Space Center Director Dr. Ellen Ochoa has been selected by the Rotary National Award for Space Achievement (RNASA) Foundation as recipient of the 2020 National Space Trophy. The banquet honoring Dr. Ochoa will be held on Friday, April 17 at the Houston Hyatt Regency.

“The RNASA Foundation is excited to recognize Dr. Ochoa as the guest of honor at the 2020 RNASA Space Award Gala,” Foundation President Rodolfo Gonzalez said, going on to invite both the public and the aerospace community to attend the black-tie event.

Dr. Ochoa was nominated for the award by Johnson Space Center Director Mark Geyer, Kennedy Space Center Director Bob Cabana and former JSC Director Michael Coats (2005-2012). In recommending Ochoa, Geyer and Cabana said “Dr. Ellen Ochoa has distinguished herself as a champion for space exploration and scientific discovery through her dedicated service to NASA and to our nation.” Coats remarked “Dr. Ochoa’s technical expertise, extensive management experience, and superb communication skills were a perfect fit for her job as JSC director. She is an exceptional leader and a role model for young women everywhere.”

Ochoa said she feels “…beyond astonishment, I mainly feel an overwhelming sense of gratitude and affection for all of the amazing human space flight team members that I had the honor of working with for 30 years.  I’m looking forward to seeing my colleagues and friends – and honoring the Stellar award winners – at the RNASA event!”

Ochoa began her three-decade long career as a research engineer at Sandia National Laboratories and NASA Ames Research Center. She has three patents in the area of optical information processing and numerous publications in technical journals. Selected to join the Astronaut Corps in 1990, she subsequently flew on four space shuttle missions. She served as mission specialist during her first flight aboard STS-56 in 1993 and payload commander for STS-66 in 1994. Both missions focused on the effects of solar activity on Earth’s environment. She went on to serve as mission specialist and flight engineer for STS-96, the first mission to dock with the ISS, and STS-110, which was the first mission to use the International Space Station’s robotic arm. All told, she logged nearly 1,000 hours in space.

For five and a half years, Dr. Ochoa expertly managed a workforce of over 10,000 civil servants and an annual budget in excess of $4.5 billion. She championed ISS research opportunities for worldwide customers, oversaw the first successful test flight of the Orion spacecraft, and worked tirelessly to develop the Commercial Crew Program, an effort to build commercial partnerships which has created lasting impacts for NASA’s future endeavors.

As the first female Hispanic astronaut and JSC’s first Hispanic director, Dr. Ochoa takes great pride in inspiring young audiences about the importance of science, technology, engineering, and math curriculum (STEM). She has given hundreds of presentations across the country and has served as a role model for thousands of students. She has six schools named after her, several books written about her, and has been profiled in textbooks and on websites geared toward encouraging females and minorities to pursue technical fields.

Dr. Ochoa earned her Bachelor of Science degree in Physics from San Diego State University in 1980 and a Master of Science degree and Doctorate in Electrical Engineering from Stanford University in 1981 and 1985. She has earned numerous accolades during her 30-year career including NASA’s Distinguished Service Medal and four Space Flight Medals. She is a Fellow of the American Association for the Advancement of Science, the American Institute for Aeronautics and Astronautics, the National Academy of Inventors and the Optical Society of America and she has been inducted into the Astronaut Hall of Fame, the California Hall of Fame and the International Air & Space Hall of Fame.

Dr. Ochoa retired from the federal government in 2018 and now serves as vice chair for the National Science Board, among other activities.

About RNASA: The Rotary National Award for Space Achievement (RNASA) Foundation was founded by the Space Center Rotary Club of Houston, Texas, in 1985 to organize and coordinate an annual event to recognize outstanding achievements in space and create greater public awareness of the benefits of space exploration. The nonprofit Foundation presents the National Space Trophy and Stellar Awards each year. The RNASA website is www.rnasa.org/.