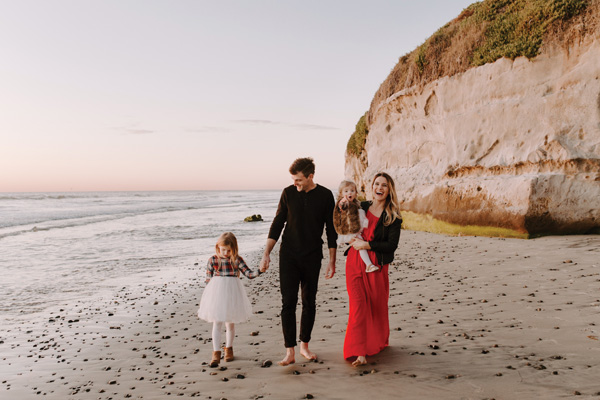 Through out life, there are defining moments that shape us and guide our decisions, and people who have influenced us in different ways to help us become who we are supposed to be. Radical moments that happen and guide us back to our purpose and destiny, all in God’s perfect timing. Growing up in a Christian home and primarily listening to Christian music, my mother introduced me to Christian pop rock and worship singer, Rebecca St. James at a young age. I remember going to one of her concerts and being so captivated by her powerful voice, infectious energy, and beautiful connection with God. Her music helped encourage my walk with Jesus, influenced me, and gave me the confidence to pursue a career in the entertainment industry.

As someone who I looked up to and admired so much, I even sang one of Rebecca’s influential staple song’s, “Wait For Me” at my very first beauty pageant when I was in Elementary school. I was speaking with her during our interview and mentioned that it’s so neat how God works and brings everything full circle, hence I am now the reining Miss Houston USA and have the opportunity to speak to Rebecca personally, the one who made such an impact in my life, and the one whose song I sang 18 years ago.

Rebecca St. James became a global success at the age of 16 years old. Originally from Australia, she became one of the most “defining artists in Christian music history.” The singer-songwriter released her first album debut in 1994. She later won the 1999 GRAMMY Award for Best Rock Gospel Album for her powerful album, Pray. She has won “multiple Dove Awards, has nine #1 radio hits and two Gold certified recordings.” In two decades she became an international phenomenon and music icon at an early age. She is also an esteemed author of almost a dozen best selling books, and is a successful actress. She has starred in pro-life movie, Sarah’s Choice, and is the voice of, Hope the Angel in Veggie Tales, The Easter Carol. She also has a new role in the upcoming Christmas movie, We Three Kings.

Growing up in the spotlight and strenuous entertainment and music industry was not easy. Amongst constantly touring, recording and performing, the realities of physical exhaustion, stress on her vocal chords, and mental anxiety took its toll. Rebecca purposely chose to retire from the music industry after two decades. She decided to focus on family and live out her dream of being a wife and mother, while also pursing her acting career. During the time of stepping away from music, she married film producer and musician, Jacob Fink and gave birth to her first daughter. She was living her dream, “there’s so much joy for me in being a mama.” Even though it was a special time celebrating love and family, it was still a difficult season, as Rebecca experienced the pain of two miscarriages and felt like she was “in a never ending winter.”

However, for the first time in 10 years she is releasing a new album, and finding her passion and purpose in music again. Her latest album Dawn, released late July 2020. The album includes her recent single, “Battle Is The Lord’s,” which is personal testament and anthem of this new season in her life.  “God transformed my heart in a miraculous way when it came to music.” After saying no to many different music opportunities, three years ago she felt a sense of peace about performing with her brother’s, the very popular Christian band, For KING & COUNTRY, and decided to sing with them at an event in Alaska. “I had some burn out pain associated with music and all of that fell away immediately, it was a very radical encounter with the Holy Spirit.” As she walked off the stage, she mentioned to her brother, “God just called me back into music.” It was “radical and obvious.” She has since been working diligently and writing new songs for her new album Dawn. “It was challenging writing again and getting back into it, but I know God has called me to do it again.”

Sometimes we feel vulnerable in life during challenging seasons, and we forget we have the creator of the universe to help us through everything. 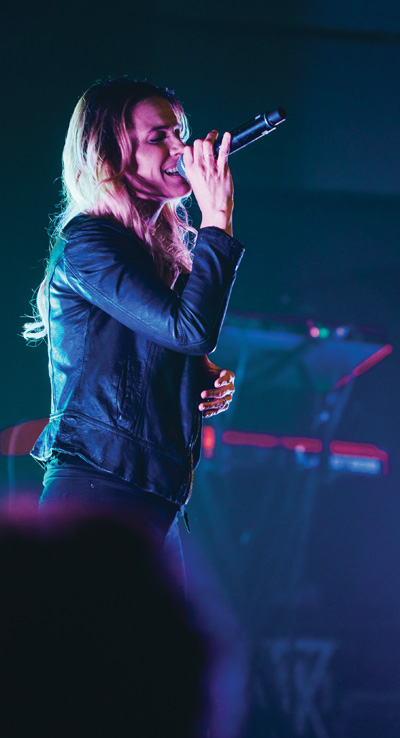 Ultimately, life is a journey of love and redemption. “God can redeem anything, any challenges that we are facing in any season we are going through. I have been blessed to live these dreams then, and now being in this new space and season there is more stability and security emotionally while creating music, and with that foundation it has been super sweet. Present day she still happily married, has two beautiful daughters and is expecting a son later this year. There is a joyous element in this new season, looking out in the audience and having my husband and girls there, it’s so lovely and sweet having them with me.”

Her song, “Wait For Me”, was a message of abstinence until marriage and encouraging sexual purity. During the early 2000’s, “Wait For Me”, was a statement no other artist had really made before and was an example that really set her apart from other artists. “Being a teenager myself, I felt there was such a need for teenagers to speak to other teenagers about sexual purity. I very organically starting speaking about purity and then wrote the song, “Wait For Me,”  about waiting and praying for my future husband. It’s so lovely that I get to tell the rest of the story now. It’s a really sweet season and redemptive time.” There is peace in knowing “that God’s way is best.”

Another exciting venture is her new podcast, “Rebecca St. James: Friends & Family,” which launched May 2020 on AccessMore.com. The podcast features special guests including “friends and family, encouraging family life and faith life.” From what first started as an idea of a  “mommy minute” radio segment, turned into a full fledged podcast show where she hosts and has conversations with women and men of different age groups revolving around faith, family, and parenting. “It has been really enjoyable and life-giving to me.”

“Sometimes we feel vulnerable in life during challenging seasons, and we forget we have the creator of the universe to help us through everything. He cares about the big things and the little things in our life. Ephesians 3:20 ‘Now to Him who is able to do exceedingly abundantly above all that we ask or think, according to the power that works in us.’ This verse reminds me that any power I have lies in him.”

I personally couldn’t be more excited to hear Rebecca’s new album and witness her return to the music world. She is a women who has made such an impact on my life, who has inspired and uplifted so many people, and who continues to honor and glorify God no matter what season she is going through. “I’m really grateful to be able to do what i’m doing again, coming back into music as a singer and songwriter. All of the other wonderful opportunities God has given me, acting and my new podcast, I feel really grateful to be used by God and have these opportunities again, in a new season of life and new perspective. I’m looking forward to the future and excited to have new music out, these songs are so fresh from my heart and I’m really thrilled to be able to sing these songs for people and perform them live.” I’m sure her music comeback will be as powerful, or even more so, as when her legacy first started.