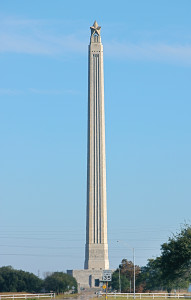 Socially, he was a flop.  He had trouble getting along with people and was basically irresponsible.  Rather than face life and the everyday problems that go with it, he often just ran away, leaving others to deal with the consequences of his actions.

His problems started at an early age.  As a teenager, when his family expected him to pull his weight and help with the chores at home, he ran away to live with the Indians rather than engage in work he found unpleasant.

As a young man he tried life in the army but quit after a short time when he couldn’t get along with his superiors.  Next he tried marriage.  That lasted for a mere 11 weeks and afterwards, neither he, nor his wife, would talk about what happened.  (Sounds suspiciously like Kenny Chesney and Renee Zellweger, doesn’t it?)  Then, rather than deal with the consequences of his actions, he ran away to once again live with the Indians.  This time, he became so enamored with whiskey that the Indians named him “Big Drunk.”

Given yet another chance in society, he again messed up when he assaulted a prominent politician, beating him senseless with a stick.  He was arrested and tried.

Then he tried marriage again.  While this one lasted longer, it ended with the same result—divorce.

Trying the Army again, he rose to a leadership position only to have his troops come close to mutiny because of the decisions he made.  He survived—barely.

Given yet another chance at a responsible position, he was elected to office but decided he would vote according to his own convictions, refusing to represent his constituents’ desires. He was drummed out of office.

I think we all know people like him—someone who just doesn’t fit in; someone who is socially inept; a misanthrope.  It doesn’t matter how well they do their jobs, the inability to get along with others makes them social outcasts.  Most tragic is the fact that people like this just don’t see that it is a problem of their own doing—and they don’t learn.

We were touring the San Jacinto Battleground historic site.  I had lived in Texas for 22 years and heard all the stories about the Texas Revolution.  I had driven over the Fred Hartman Bridge hundreds of times on my way to and from work.  I could see the monument off in the distance, several miles away but I had never found my way to the battleground itself until today.  I was surprised to learn that the memorial structure is the world’s tallest column exceeding even the Washington Monument by 12 feet.  But it makes sense.  After all, everything is bigger in Texas (except maybe the deer).

Walking the grounds and finding the spots where various events occurred, I couldn’t help but be impressed with the thought processes that went into the selection of this site for the historic confrontation.  Sam Houston had led his troops in a month-long retreat from Gonzales to this position 165 miles away.  They almost didn’t make it.  The rag-tag band of “soldiers” believed that Houston was showing cowardice by retreating.  Even his employers, the ad interim government of the Republic of Texas, agreed.  They wanted him to stay and fight.  Houston, however, wanted to use the time to gather more fighters, to drill the troops and to find a more favorable spot for the confrontation.  Today, we all know the result.  It wasn’t so clear to his men, and frankly, he was lucky to get as far as this position and maybe even to have escaped with his life.

About ten years later, as president of the Republic of Texas, Houston succeeded in his effort to get Texas to merge with the United States.  Many today might think that was a huge mistake, but Houston had the support of the bulk of his constituents at the time, something rare in his life.

But that support was short-lived.  In 1861, as governor, he tried to stop the state’s secession from the union in the run-up to the Civil War.  The people of Texas were strongly in favor of joining the Confederacy, and as a result of Houston’s taking a position against the will of the people, he was removed from office and spent the rest of his years as an outcast.

Of course, this was hardly his first time in this position.  Starting with his running away from the work at home, his failed marriages, his drunkenness, his violent temper and his inability to get along with people, Houston spent his life in a state of dissonance.  His accomplishments are unquestionable, but his personal behavior made him incapable of playing well with others.  And to the end, he never changed.

Being somewhat socially inept myself, I can relate to Houston’s difficulties.  I don’t ever feel comfortable at parties, and while I am perfectly relaxed, even thrive, speaking to a group of 100 people, my knees turn to jelly if I have to approach someone for a one-on-one, or even a small group, conversation.  I remember one of my professors in grad school telling me that when she first arrived on campus she asked several of my classmates about me.  She got one universal answer—“I’ve been in classes with him for four years, but I don’t know him.”  I told her the only way to get to know me is to read my writings.  She wasn’t impressed.

But there is, in Sam Houston’s story, something to give me hope.  In the century and a half since his life, we have come to see a very different man than his contemporaries saw.  Today we don’t see the short-tempered, anti-social drunk.  In fact, many people are not even aware of that side of his story.  Driving up I-45 through Huntsville, you can’t help but notice the enormous statue of him at the side of the highway.  That is the Sam Houston we see today.

I think there is a lesson in Houston’s story.  Nothing about you matters less to posterity than whether you gained social acceptance in your lifetime.  I’m glad.  I guess that means there is hope for us misfits after all.