Port Houston’s COO speaks of growth of this quiet giant 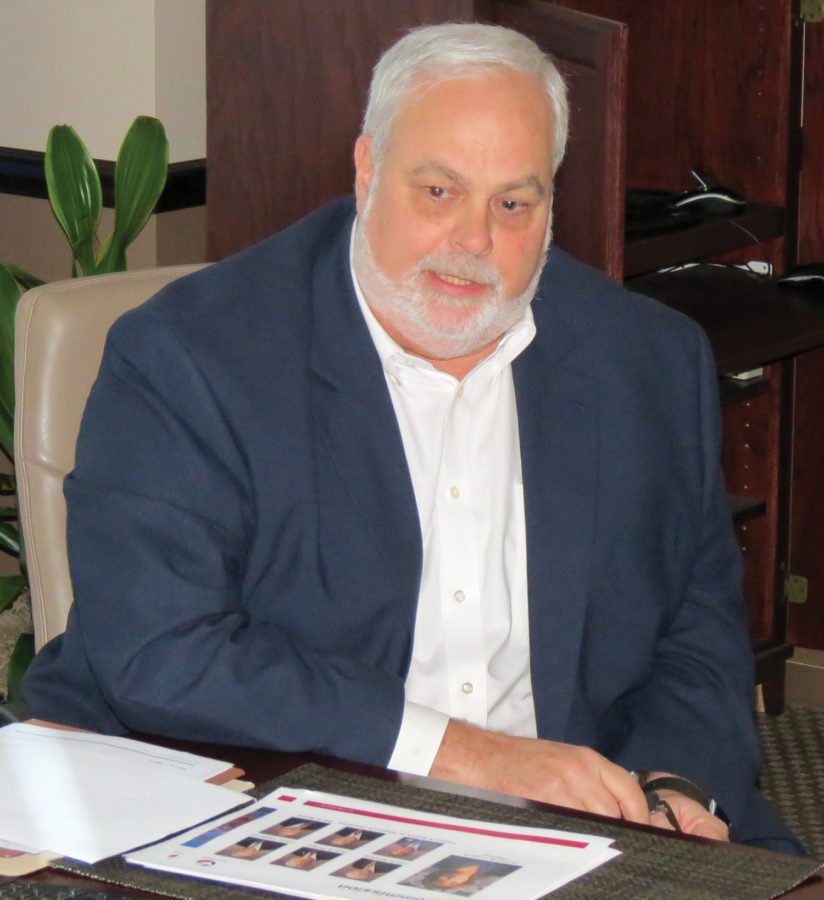 Port Houston is a quiet giant, according to Thomas J. Heidt, the port’s chief operating officer. He should know. Heidt has worked at the port for 35 years under seven different port executive directors. He was named to his current position in June 2015 and has responsibility for all operating areas of the port which include commercial, finance, health, safety, security and environmental, information technology, port infrastructure and port operations.

Heidt recently participated in a roundtable discussion with members of the Small Business Committee of the Bay Area Houston Economic Partnership. Certified small businesses account for approximately 41 percent of the subcontractors used by the port through its Small Business Development Program.

Prior to the discussion, Dan Seal, BAHEP’s executive director for Special Initiatives, said, “I don’t think that anyone fully realizes the incredible impact that the region’s maritime industry, and especially Port Houston, has as an economic driver.”

Seal noted that BAHEP increased its involvement in the region’s maritime industry in January 2009 when R. Bowen Loftin, Ph.D., then vice president and CEO of Texas A&M University at Galveston, approached BAHEP and stated that there was going to be a real workforce shortage in the maritime industry in Houston over the next five to 15 years. Loftin felt that it was imperative to get the region’s young people interested in maritime careers and opportunities.

Idea Takes Off
Subsequently, BAHEP began working with the Pasadena School District and other school districts in the region to emphasize the tremendous opportunities offered to young people right out of high school by the maritime industry.

Seal reported, “The idea really took off, and there is now a great pipeline for the maritime workforce filled with students from right here in our own region.”

Heidt confirmed that a lot of people don’t know about the significance of the port. Port Houston is a 25-mile-long complex of 150-plus private and public industrial terminals along the 52-mile-long Houston Ship Channel. The eight public terminals are owned, operated, managed or leased by Port Houston and include the general cargo terminals at the Turning Basin, Care, Jacintoport, Woodhouse, and the Barbours Cut and Bayport container terminals.

First in the Nation
Each year, more than 241 million tons of cargo move through the greater Port of Houston, carried by more than 8,200 vessels and 223,000 barges. The port is consistently ranked first in the United States in foreign waterborne tonnage; first in U.S. imports; first in U.S. export tonnage and second in the U.S. in total tonnage. It is also the nation’s leading breakbulk port, handling 41 percent of project cargo at Gulf Coast ports. Heidt said that the port’s annual cash flow is $120 million, and it has an incredible economic impact of $265 billion per year, which is 16 percent of the gross domestic product of the State of Texas.

A Bit of History
The original Port of Houston was located at the confluence of Buffalo Bayou and White Oak Bayou in downtown Houston by the University of Houston–Downtown. Shipping points grew at multiple locations on the Buffalo Bayou. By the end of the 19th century, Buffalo Bayou had become a major shipping channel with traffic beginning to rival Galveston.

The citizens of Harris County approved creation of the modern port in 1909, believing that an inland port would better serve the region after the destructive Galveston Hurricane of 1900. President Woodrow Wilson officially opened the port to traffic as the World Port of Houston and Buffalo Bayou on Nov. 10, 1914. Over the years, the port has created a total of 1.175 million jobs with 148,000 jobs generated since 2011.

Those numbers include $250 million that will be spent on additional wharves. Heidt said the wharves are huge projects that require many subcontractors providing ample opportunity for small companies to participate. He said that Barbours Cut Container Terminal is celebrating its 40th anniversary and needs extensive renovation. The port’s 10-year capital investment for Barbours Cut will reach $577 million with $866 million slated to be spent over the next 20 years. Heidt said that 63-65 percent of the port’s business is in containers, and it’s where the port is going to experience huge growth.

Heidt’s presentation made it abundantly clear that the region’s maritime industry offers opportunity for small businesses as well as excellent career opportunities. More information on the port’s Small Business Development Program is available by visiting http://porthouston.com/portweb/small-business/application/