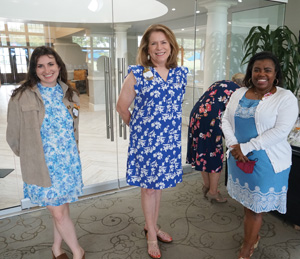 EACH FALL about this time of the year, Clear Lake Area Panhellenic members kick off the Bay Area social season with their annual Fall Friendship Tea. And, they kept up the 30 year+ tradition this year, gathering Sept. 7 at Bay Oaks Country in Clear Lake.

It was, however, a bit different this year. Whereas most have not seen each other all summer and are delighted to rekindle their friendships, there are hugs aplenty and squeals of delight. But not this year, 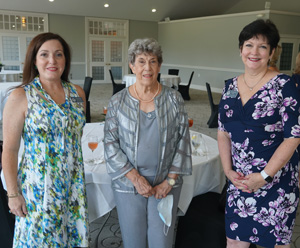 After many weeks of not seeing one another Becky Hensley, Ruth Beecher and Annette Dwyer, from left, say the gathering at Bay Oaks Country Club for their annual Fall Friendship Tea seems almost unreal.

Everyone wore masks and observed the social distance rule. And only about a fourth of the membership attended the popular event, which is generally full to overflowing. But while there were no hugs, and masks covered up their smiles, you could see the sparkle in their eyes as President Darla McKitrick and First Vice President Kathryn Vernau joined Second Vice President Becky Hensley, Secretary Janet Jones and Treasurer Lisa O’Brien in welcoming the crowd to the first event of the new season, which included Evelyn Woodruff, Jill Reason, D’Lisa Johnston, Connie Zieba, Beverly Stroud and Judy Ferguson. 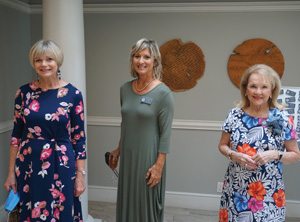 While much of the time was spent catching up on everyone’s news, Linda Kmiecik, Amy Judd, Ruth Beecher, Hazel Harron, Ellen King, Stacy Lyon and Linda McCormack also joined the crowd in making tentative plans for some of the sorority alumna group’s annual events.

However, she reminds us, only a limited number – 35 – will be allowed to attend in person, with social distancing. Those with reservations will also be required to wear masks and maintain the six-foot social distancing rule, including while checking-in with Jim Moore in the narthex.

“For those members that do not feel comfortable attending in person, we have arranged to have the meeting streamed live on YouTube,” she says. “We plan to continue streaming the meetings for the foreseeable future. If you are unable to watch the meeting at the time of the performance, a recording will be available at the same YouTube site as the live meeting.” 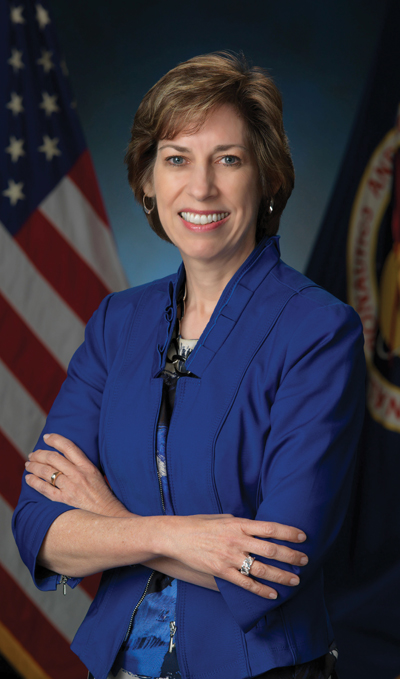 LIKE MANY events that draw huge crowds, the Rotary National Award for Space Achievement (RNASA) Foundation’s 34th Annual Space Awards Gala has been rescheduled for next spring. Earlier, the popular event that is usually held in April, was rescheduled for November 2020.

But, after much consideration with respect to the on-going concerns regarding COVID-19 transmission, and in light of the challenges of planning the event to accommodate a large number of participants from across the country, the RNASA Foundation has rescheduled the event to April 30, 2021 at the Houston Hyatt Regency.

Foundation officials said they are looking forward to presenting the 2020 National Space Trophy to former Johnson Space Center Director Dr. Ellen Ochoa and the 2020 Space Communicator Award to NASA Senior Photographer Bill Ingalls. In addition, stellar awards will be presented to individuals and teams. Looking ahead, the 35th annual event will be April 29, 2022, and the Foundation will send the next call for nominations for that event in September 2021, per the usual cycle.