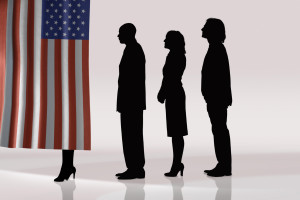 Seven Bay Area mayoral seats are up for election May 9 but only two mayors have an opponent. And that is much the story in other elections. Little opposition.

Webster, Pearland and Pasadena promise to have the liveliest elections with almost all their city council seats drawing opposition.

But El Lago, La Porte, Nassau Bay, Taylor Lake Village and Texas City voters can sleep in on Election Day as no council members are being challenged in the May election.  In Nassau Bay, Mayor Pro-tem David Braun, who was elected to Council Position 1, died before he could seek re-election. His wife, Angela, was appointed to fill his seat until the May election, at which time Harry Dollar will be elected to the seat.

No Seabrook candidates have opposition, but the electorate needs to cast their ballots for or against 20 proposed charter amendments. The same holds true for voters in Dickinson who will vote on a proposition on the reauthorization of the local sales and use tax “at the rate of one-fourth of one percent to continue providing revenue for maintenance and repair of municipal streets.”

Dickinson ISD and College of the Mainland Board of Trustees will not hold elections as candidates have no opposition. However, there is some in the Clear Creek ISD. Trustees Page Rander and Charles Pond will be re-elected while District 5 Trustee Dee Scott has chosen not to run again and James Jay Cunningham and Trent Dale Martin will vie for the seat. Only voters living in District 5 can vote in this election as the other CCISD elections have been decided.

And, if you want to be a part of it all and haven’t registered, the last day to register to vote in your city’s elections is April 9. Contact your county clerk’s office by email, phone or mail for a ballot and get it in by the April 9 deadline.

Early voting starts Monday, April 27, and ends Tuesday, May 5, in the office of each municipality’s city hall, in most cases. For hours, contact the city secretary in the town where you live. Some will post the hours on the city website.

Applications for ballots by mail – for seniors and the disabled – must be received by the close of business Thursday, April 30.

Elections in Houston – of which Clear Lake City is a part, and League City, will be in November.

No seats up for election