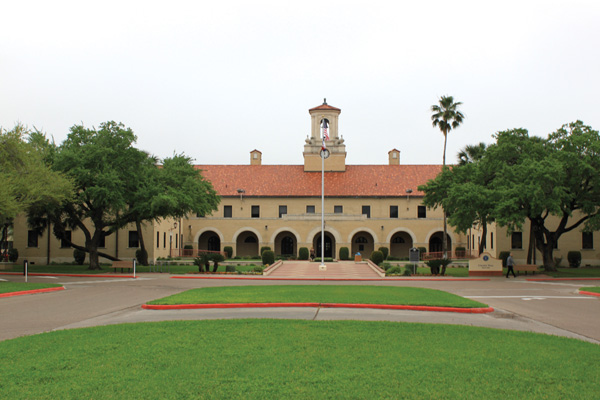 It was just another one of those professional conferences, this time at Texas A&M-Kingsville.  You may know the type of event I’m talking about—an activity that may look good on your resume but is absolutely worthless in terms of garnering something you will ever use on the job.  But we go anyway because of optics; it looks good.

For the entire day, the discussion seemed to be centered around taking care of those students who find themselves at the bottom of their college classes: the underprepared, those in remedial classes, those who many people feel don’t belong in college at all.  I would certainly understand this emphasis if it were a conference about developmental education, but this was about teaching all types of writing in college (composition, technical and business writing).  I expected a wider discussion.  When it wasn’t happening, I spoke up.

I pointed out that the discussion these last two days had been all about the developmental student, but I wanted to know what we could do for our best students, the ones who come well prepared and with a real desire to succeed.  What happens to those who are outstanding and have the potential for greatness?  I got a near unanimous reply from my fellow conferees.  The more magnanimous said these students are able to take care of themselves and don’t need our attention.  However, I was surprised to learn that a far greater number of those in the room went so far as to say the presence of these higher end students is problematic, an actual obstacle to learning.  They often perform in ways that discourage the “students we most need to help.“

This isn’t the first time I had found myself at odds with others in my discipline.  In fact, we disagree on almost everything.  But for some reason, this one really troubled me.  I tend to think that seeing your classmates performing well would be an incentive to work harder. When you see that it can be done, you are motivated to emulate that success.  How is it that the presence of those who should be role models in the classroom is discouraging to learning?

Over the last few years, we have evolved into a society that not only accepts, but actually valorizes and encourages mediocrity.  It has become the norm; mediocrity is what is expected, even demanded.  This trend has been noted by countless researchers in the past decade.  But today, we are going far beyond that.  Mediocrity is quickly becoming the highest performance level allowed.  Excellence, should it rear its ugly head, is viewed as an attack on everyone else.  It is sometimes even labeled as violence.

There are those who cannot bear to see excellence.  It reminds them of their own failures.  I understand that. And of course, we must never point out someone else’s shortcomings.  Not only is it impolite, it might hurt their self-esteem. Therefore, we have only one sensible option.  Since we can’t improve the performance of those at the bottom, we must attack the top—destroy any signs of excellence.  That is why today we see such a concerted effort toward its elimination.

One of the arguments presented for this attack on excellence is the need for total equality among individuals in the society. Equality of outcomes, of course, is nothing more than a child’s fantasy.  Since I was a kid, I wanted to be able to dunk a basketball as well as those seven-footers in the NBA.    I’ve spent 50 years trying to master the skill. but I’m still just six feet tall and can’t jump more than a few inches.  If I am to achieve equality in this skill, something has to be done.  And it can’t be something I do to improve my chances. That is hopeless.  Instead, we have to reduce the seven-footers’ ability to do as well as they do.  It can be done.  We can make all dunks illegal.  After all, in the college game, dunks were not allowed until the early 1970s so there is a precedent for this.

Of course, that sounds preposterous, but is it any different from what we are doing throughout society today?  While it may be possible to raise the performance of those at the bottom a bit, the only way to ensure the sought after equality is to remove those at the top.  In basketball, this is probably not a critical issue.  It has no great implications for society.  After all, basketball is just a game.  (This is really hard for me to say, having been born and raised in Indiana where basketball is life!)  But what about when we encounter a more serious issue?  What does this philosophy do to our future as a nation?

Last month, we saw a perfect example.  It took nine years to overcome the shutdown of NASA’s work in space travel and return to some sense of American competence in space.  For the last few years, we have been entirely dependent on Russian technology to get our astronauts to and from the space station.  Why?  How did we let that happen?

I’m not sure this return to space flight would have happened through government work alone.  While there is no question there are some brilliant, hard-working people in government agencies, especially NASA which is probably the home of our best and brightest, would we have been back in the space flight business without the move to the private sector?  Business and industry are far less inhibited by the social pressures of enforced equality. There is less of a push in that direction, and a greater emphasis is placed on excellence, something that generally is not tolerated in government—or in government schools.

As a career educator, I am particularly concerned with what this does to our children and college students.  But I also worry that the issue affects more than just our children. The push toward intellectual mediocrity is leaving us with a serious threat to our nation and its people. These students are our future.  We are not just hurting them; we are hurting all of us.

I cannot help but think one of the most rewarding experiences in life is recognizing that you as an individual have achieved excellence in some part of your work or your life.  It gives a sense of satisfaction and accomplishment, sometimes even a thrill, that can’t be experienced any other way.  When we can look back at an accomplishment and say, “That is the hardest thing I’ve ever done,” and realize that indeed, we did it, we feel on top of the world.  Our self-esteem soars and we become sublimely satisfied with our lives.  We will never feel the same elation from merely achieving mediocrity.

There is an old saying, “Shoot for the moon.  So what if you don’t actually make it?  Look how far you have come in your failure.”  I’m sure, in the not-so-distant future, America will again shoot for, and even exceed the moon.  We are once again on the right path.  All we have to do to succeed is jettison our insistence on mediocrity.