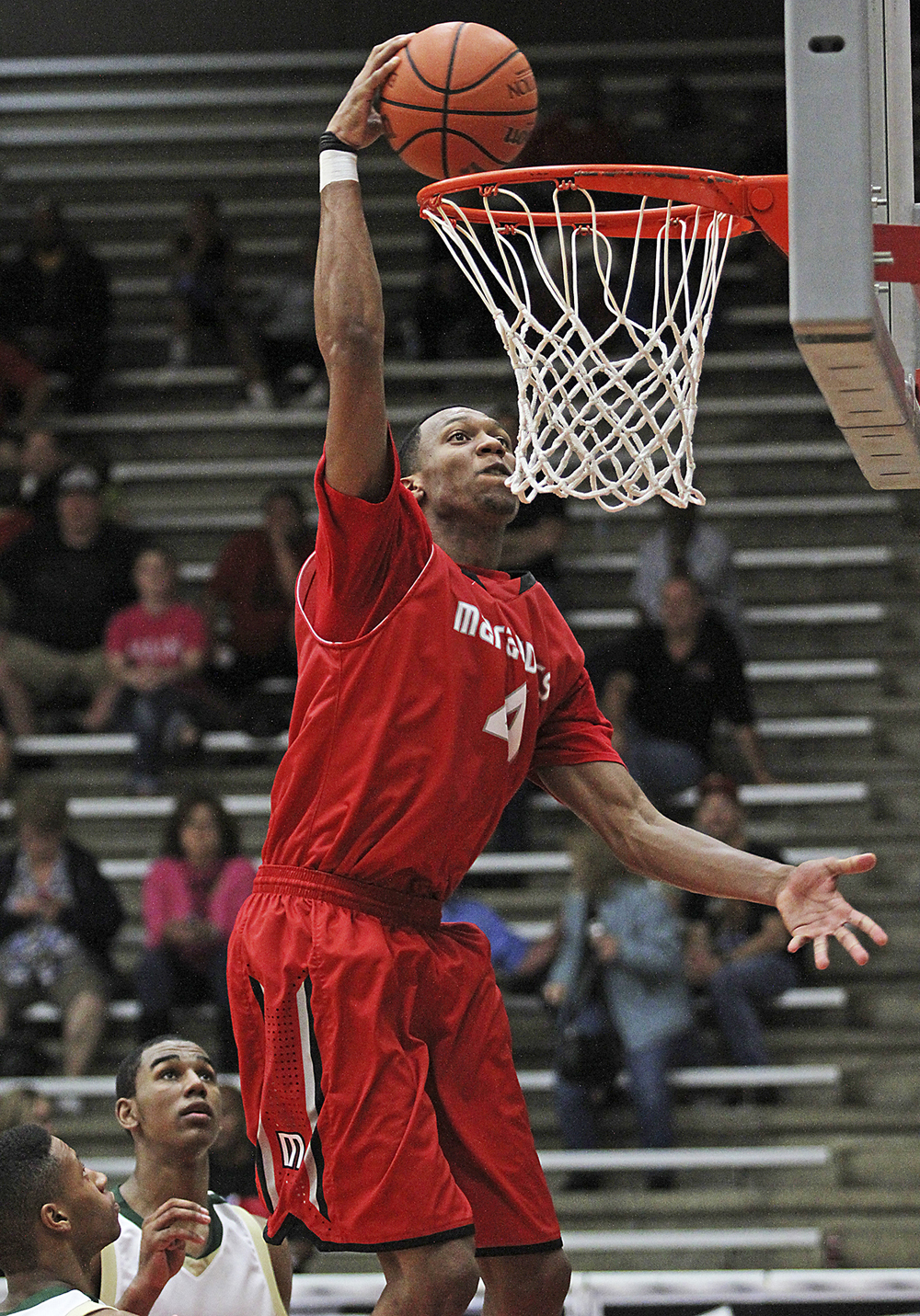 It began life 13 years ago as merely a fundraising effort to help support teachers and students in the Pasadena Independent School District, but since that time, the McDonald’s Texas Invitational has evolved to the point that the basketball tournament could easily be called “November Madness.”

The Texas Invitational, scheduled for Nov. 17-19, may not have the national recognition, nor the billion dollar budget of March Madness, otherwise known as the NCAA Division 1 Men’s Basketball Championship, but the tournament that benefits the Pasadena ISD Educational Foundation and the Deer Park Educational Foundation has grown into one of the biggest hoops tournament in the state. 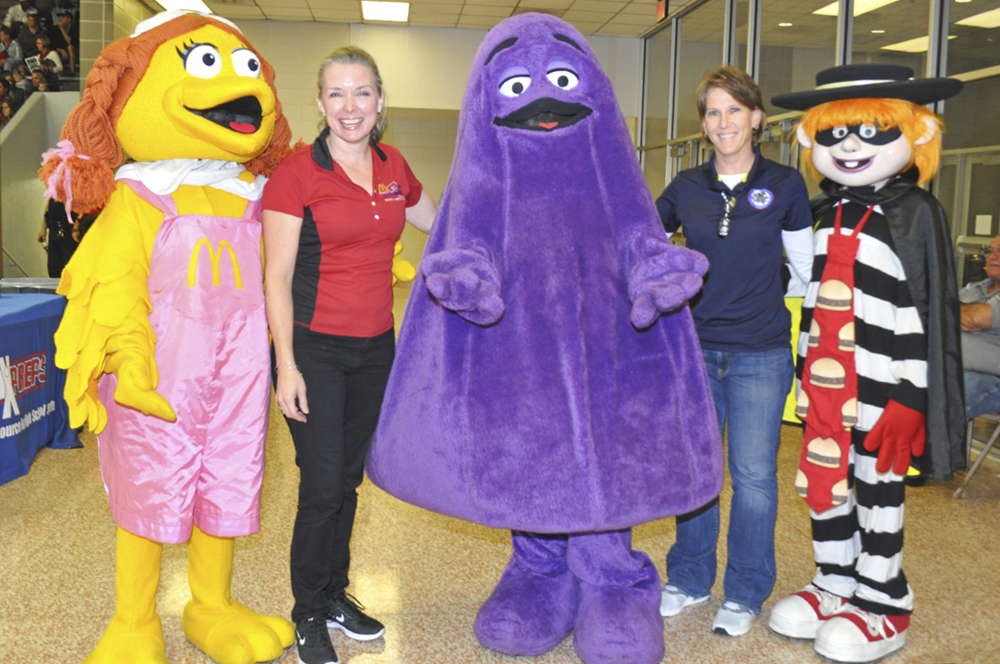 Liz Tolleson and Jana Williams of the PISD Athletics Dept. with some of McDoanld’s well known characters.

More than 44,000 people attended over 200 games played in 10 venues across Pasadena and Deer Park during the 2015 tournament and officials are predicting an even bigger turnout this year as the stature of the event among the state’s best boys and girls basketball programs gets bigger with each passing year.

“The tournament has evolved over the years. It started out under the umbrella of the Pasadena Chamber of Commerce and we were just a beneficiary,” said Cindy Parmer, executive director of the PEF and a member of the tournament’s steering committee. “It’s become a community wide event. It not only includes Pasadena and Deer Park, but it is almost a regional event for the southeast side of Houston.”

Tournament officials invite 80 teams—48 boys’ and 32 girls’ —from around the state and Parmer says the waiting list of teams wanting to compete grows every year. The Invitational is played out in high school gyms including Pasadena High School, Phillips Field House in Pasadena and Deer Park High School, and with the help of over 400 volunteers and more than 200 sponsors. Teams from as far away as El Paso, San Antonio, Dallas, Austin and Corpus Christi do battle with some of the best boys and girls teams from the Greater Houston Area in the tourney that serves as an early season test for teams that harbor dreams of competing in the state championship tournament. 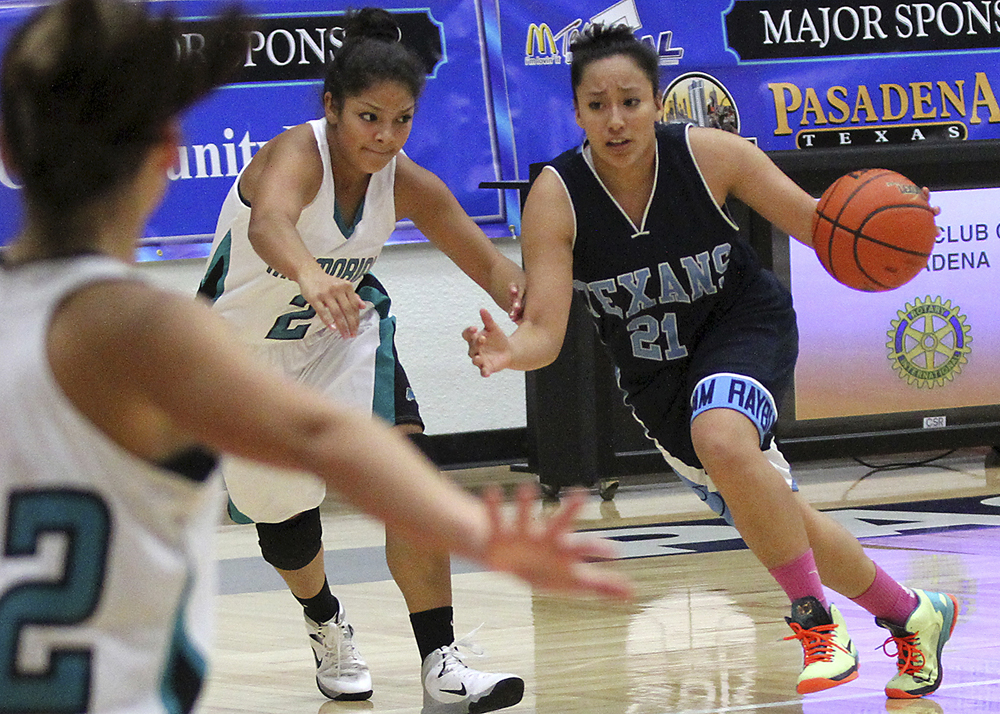 Over 30 varsity girls’ teams from across the state compete in the tournament.

But while the event offers spectators a chance to watch some outstanding high school basketball and the opportunity to catch rising stars who may have the talent to play college basketball, it’s far more than simply a basketball tournament: It’s woven into the fabric of the region.

“It is truly one of the largest community events that takes place each year,” Parmer said. “It brings together the cities, the chambers of commerce, businesses and schools in Pasadena and Deer Park and is one shining example of what makes our two communities a great place to live, work and go to school.”

While the players and fans get to enjoy the sport they love, the tournament’s impact is felt by those who may not know a jump shot from a cross-over dribble, thanks to the tournament’s connection with the educational foundations in Pasadena and Deer Park. Parmer says over $300,000 in sponsorships and ticket sales each year are distributed through the educational foundations of the respective school districts to teachers in the classroom. Entering this year, Parmer said the tournament has given back nearly $2 million in grant money to help teachers guide students on the path toward college degrees and improved career options. 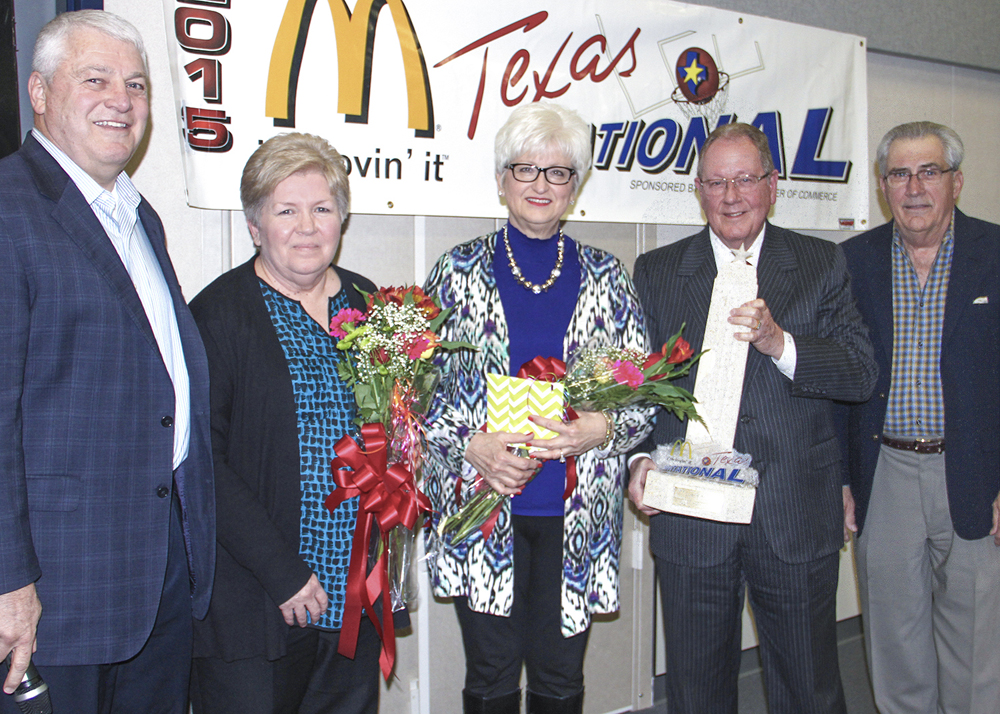 “The money flows directly into the hands of teachers who apply for grants to help fund teaching projects. Teachers have the opportunity to apply for up to $5,000 in grants for classroom projects or campus-wide programs that they want to see implemented which normally would not be affordable through the regular school budget. In the end, our children and young people benefit greatly from the participation of the teams and spectators,” Parmer said. “A lot of our volunteers aren’t even basketball enthusiasts, so it’s not about basketball for many people. It’s about giving back to the community and the students of the school districts in this area.”

The tournament was the brainchild of businessman Ben Meador, CEO of Pasadena-based Meador Staffing, which was established in 1968 and now operates offices across the state. Meador poured his soul into building the tournament and served as its chairman until last year. Although still involved with the Invitational, Meador stepped down as chairman in January of this year and will be succeeded in the post by Kirk Lewis, the retired superintendent of the Pasadena ISD.

“It was Ben’s idea to hold the tournament and his dream to bring it to this level. Everybody back then thought, ‘Yeah, this is not going to bring in much money.’ But here we are 13 years and almost $2 million later,” Parmer said. “His leadership was key and we are blessed to have him in our community.”

“Ben Meador built the McDonald’s Texas Invitational into one of the premier high school basketball tournaments in the country and I’m excited about stepping into his shoes,” Lewis said. “The tournament works because of its many volunteers. I’m excited about the opportunity to work with them to continue the good work of the tournament in our community.”

Some of that good work includes programs and initiatives launched by the PEF, created over 14 years ago to improve educational resources in the arts, music, health, and science, technology, engineering and math (STEM) courses for students enrolled in schools in Pasadena. Those initiatives include technology in the classroom, robotics programs, college readiness programs and literacy projects through the Teacher Mini-Grant program.

“In the end, everything we do benefits the children and young people of our community,” Lewis said. “I think that’s why the people continue to support the effort. They know they are working for a good cause.”

For more information on the 2016 McDonald’s Texas Invitational, visit Texasinvitational.com.