Nourishing the Mind – Once is More than Enough 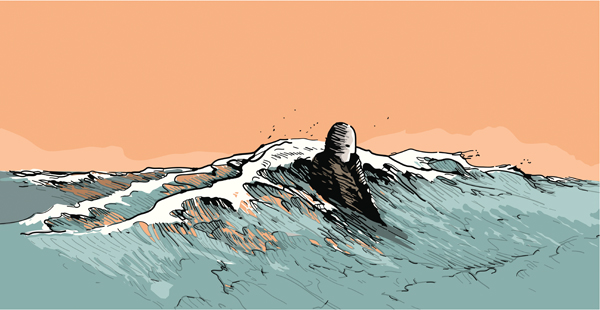 There is a joke a friend of mine tells which, even as he tells it, causes him to break out in laughter. I find the joke tremendously humorous and he and I together, no matter how many times we’ve heard it, can’t help but be amused by it. On the other hand, his wife and mine look at us as if we’re idiots and find no comedy in this joke at all. I’d like to share it with you, because it has great meaning for me. Far more so than just a humorous intercourse between two people. There’s a lesson to be learned from it.

The story goes like this: There is a man who wants to go on a cruise. After perusing the travel section of the newspaper, he sees a small ad that says, “You pick the cruise from any cruise line and we’ll get it for you for 25% of their advertised cost.” He immediately called the number listed in the paper and was told that if he’d go to a certain address and bring cash, they would book the trip and send him on his way. He followed their directions, only to find himself in a very seedy part of town, entering a building that had long since seen its prime. He found himself in a darkened room where three men pounced on him, beat him unconscious and stole his money.

When he finally regained consciousness, he found himself tied to a log, floating in the Gulf of Mexico. He looked around and discovered there was another man tied to another log, floating beside him. He turned to the individual on the other log and asked, “Do they feed you on this cruise?” The man responded, “They didn’t last year.”

Even as I write this, I can’t help but be amused. It’s apparent that the second individual had responded a second time to the same ad and found himself in the same situation as the year before.

As a joke it’s humorous.  As an example of reality-based behavior, it’s pitiful, self-destructive and sad. Yet, it occurs far more frequently than you might ever imagine. If that weren’t so, Alcoholics Anonymous would not have included in their Big Book that, “The definition of insanity is doing the same thing over and over again, and expecting different results. It’s readily apparent that, if you’re an alcoholic and you go into a bar, saying to yourself, “I’m not going to drink”, by the end of the evening, you’re going to find yourself  drunk out of your mind, driving under the influence of alcohol and, very probably, involved in an accident that injures or kills yourself and someone else.

But, what about cases where you marry the same kind of individual time and time again and continue to do so, expecting the next one to be different? Or where you overreact to situations, demonstrate hundred dollar behaviors to ten dollar problems, and find yourself involved in conflictual relations with co-workers, partners or spouses, all of whom are provoked by your excessive reactions and accuse you of being a hostile, emotionally abusive person who intimidates others? You retort, “You drive me to it.” My answer is, possibly so, but why is it that you repeatedly seek out people who “drive you to it”?

Lydia is a quintessential example of this problem. Ask her and she’ll tell you, “I don’t know what’s wrong with me. Every man I’ve ever been attracted to or become involved with is a loser, a taker, selfish, controlling and uncaring.” Lydia isn’t saying, “I’m responsible for the people I pick.” Instead, she’s saying, “The fickle finger of fate continuously finds me, and I become the victim to people who don’t care, don’t know how to care, and take advantage of me.” It shouldn’t surprise you that her mother was a highly egocentric, narcissistic individual whose personal desires governed her behavior, with little regard for her husband or her children. She was a person with expectations, who demanded that people yield to her demands, respond to  her needs, and agree with her despite their own beliefs, which  readily explains Lydia’s behavior. Time and time again, she sets out, albeit unconsciously, to find someone similar to her mother, who she expects to behave differently from her mother. She is in search of  a mother figure who will love, sacrifice, support and care for her, but the people she becomes involved with, by definition, are individuals who can’t do that. Intellectually, she understands this. If you were to ask her, she would say, “I don’t want that kind of person.” But emotionally, she searches out that person in order to see if this time, “mother will love me instead of herself.”

Similarly, you’ve heard of, and probably know, individuals who repeatedly become involved in business  relationships with people who take advantage of them, embezzle from them, manipulate them, and in any number of ways cause them financial and emotional problems. You might say they’re self-destructive individuals and truly, it does explain their behavior. In most instances, when you speak to these individuals, they’re aware of their behavior. In fact, they lament it, and describe themselves as victims to it, but rarely take responsibility for it. The reason? Every one of them is two people who, if they behaved in accordance with what they know, and took responsibility for what they did, would never behave in an “insane” manner.  Sadly, their behavior  is totally motivated on the basis of a five year old’s emotions, instead of on their intellect, insight and awareness.

If you’re one of those individuals, or you know one of them, it will not only help you to understand, but will explain your or their self-destructive behavior by aiding you to recognize that the person controlling and determining how you behave is a five year old child. This child knows that taking candy from a grocery store is a no-no, but he or she behaves on the basis of what he feels and wants, not on what he knows. As a result, you will hopefully discover that you’re not a bad person. Instead, you’re a person who lets your child control you. However, in the future, you need to take responsibility for the child inside you. You need to recognize what motivates him and, despite his driving forces, lovingly set limits for him, so that, in the future, after he puts his fingers in an electric socket once, pays to go on a cruise tied to a log, marries a manipulative, unloving individual, or damages his or her life because of alcohol or drug use, he learns never to do it again.

To learn more about Dr. Reitman, read more of his articles, or to obtain copies for family or friends, please visit his website, dredreitman.com.