Nourishing the Mind – Hiding from Reality 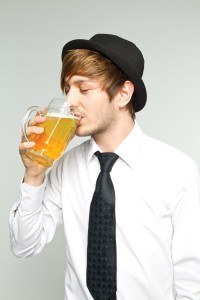 John is a third-year college student, who is on academic probation. If he doesn’t bring his grade-point average, GPA above 2.0, he won’t be permitted to return to school. But he still oversleeps most mornings, parties almost every night, and seems oblivious to the consequences of his behavior.

Yet, he knows better. All you have to do is ask him, “Will smoking pot every night, missing classes and not studying help you to stay in school?” He’d answer, “Of course not.” It would seem that what he says and what he wants are radically different from what he does.

Is he crazy? Out of touch with reality? He may well be. But if he is, he isn’t alone.

Bradley is a high-powered executive who is very visible in his community. To the world, he is an ideal husband, a good father, a leader in his church, and a wise human being. He is, however, sexually involved with his secretary, a supposedly happily married woman with three children. I might add that this isn’t his first affair. He’s had numerous others, all of which caused him anxiety and guilt. He states that he is in constant fear of being found out and “acutely aware that what I’m doing could drastically hurt my wife, my children and myself. But, despite that, when I’m with her, there is a feeling inside that obscures my good judgement. Is it love?” Sometimes he thinks so. But, after every one of his previous involvements, he discovered it wasn’t.

Is he crazy as well?

Helen is an attractive, successful attorney. She’s 42, never been married, and rarely dates. She claims she desperately wants a spouse and one or more children, and she truly believes it. But her closest friends, who have repeatedly introduced her to available single men, tell her that she’s too picky, only minimally emotionally demonstrative and tends to intimidate most men.

It would appear that her behavior also belies her desires. 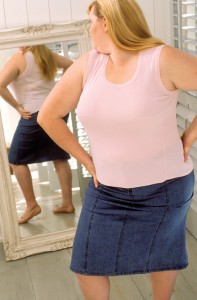 Lilian is morbidly obese. For years she refused to face it. In spite of it, she functions very well, has a far better than average job, and performs at an exceptional level. She is friendly, emotionally warm, and personable. She maintains close relationships with a fairly large number of girlfriends, most of whom are extremely attractive, and actively date. However, after one of her closest friends became engaged, reality hit Lilian hard. She decided, in her own words, “It’s time to shed some pounds.” She came to therapy and talked, openly for the first time in her life about her embarrassment over her weight, and her jealousy toward her “thin friends,” but refused to delve into what may have contributed to her condition. Sadly, the more she came to therapy, the more she spoke about overeating and her desire to lose weight, the more pounds she put on. She eventually stated that she was considering giving up on therapy and “accepting the inevitable”, i.e., “being fat and single for the rest of my life.”

Does she really want to shed the pounds?

I can provide countless other examples of the same type of duplicitous conflicts demonstrated by all too many human beings. Each of them would differ in their verse, but they would all be part of the same song. I suspect that if you stop for a moment and reflect about your own behavior, you’d discover that you sing the same song. Whether it’s a case of, “I have to study for a test tomorrow, but I decided to go out with my friends;” “My doctor told me I have to exercise at least 30 minutes, five times a week, but I always find an excuse;” “I want to get organized and get rid of the mounds of paperwork around the house, but they continue to grow despite all my efforts;” or “I know he or she treats me horribly. If a friend told me she was dating someone who treated her that way, I’d immediately say, ‘get out’, but I can’t do it. I stay. I don’t know what’s wrong with me. Why can’t I follow up on what I know is best for me?” Countless individuals, in and out of therapy, might ask themselves the same question regarding actions or reactions that they have remorse or guilt over, but can’t seem to stop.

The answer is obvious, but not necessarily to those individuals who feel trapped by their own states of confusion. Think about it this way: people don’t engage in behaviors that have no pay-off. Generally speaking, most employees stop going to work if the boss stops paying them. If they continue to go, they have a problem and have to ask themselves, “What am I getting out of being a victim, and letting this individual use and demean me to myself? Is my pain, upset and distress my pay-off? Is it possible that when I experience sufficient turmoil or conflict in my life, it can serve as a smokescreen that keeps me blind to what’s inside me that is too painful for me to face?”

I would not only have you think about this, I’d have you ask yourself, “When I behave in ways I know are hurtful to me, what am I hiding from?” Because I promise you, there’s something inside you that you don’t want to look at, recall or deal with.

I believe that, if you are ever going to live an emotionally healthy life, you have no other alternative but to face you, own you, forgive you, learn to laugh at you, and to share openly the person you truly are, first with yourself and then with others in the world. You will fear taking that step, thinking that no one could love you or accept you if they knew how you felt, what you experienced as a child, or were aware of the mistakes you made. But let me reassure you, no one will judge you as harshly as you judge yourself. Others will be more prone to accept you with your shortcomings, idiosycrancies, fears and true emotions far easier than you can accept yourself. Therefore, you need to have the courage to look behind your smokescreens, to love you in spite of or because of your perceived shortcomings, and give others the chance to love you, as well.

To learn more about Dr. Reitman, read more of his articles, or to obtain copies for family or friends, please visit his website, dredreitman.com.