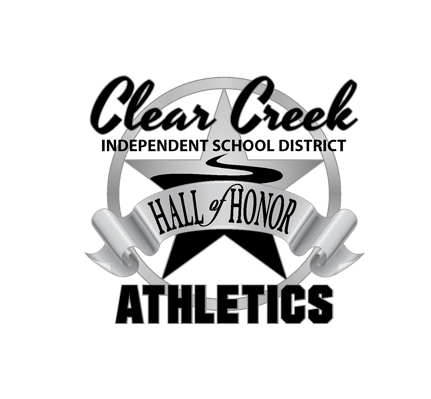 Since 1948, Clear Creek ISD has been the home of outstanding athletes who have gone on to do great things in their careers and for their communities. For this reason, the CCISD Athletic Hall of Honor was created in 2016 and welcomed the first class of inductees on Sept. 23, 2016.

The nomination window for the 2017 class of the CCISD Athletic Hall of Honor is open from Wednesday, Feb. 1 through Friday, April 28. Due to the high volume of alumni worthy of this honor, nominations are sought annually and encompass a specific era, gradually adding in CCISD high schools in the order they were created.

For the current 2017 nomination season, only nominations for candidates active or enrolled from 1948 to 1972 and whose athletic career was linked to the former Webster High School or Clear Creek High School will be considered.

“It was a privilege to welcome home and recognize the 2016 Athletic Hall of Honor inductees, a group of extraordinary alumni and athletes,” said Dr. Lynn Davis who chairs the Hall of Honor Committee made up of CCISD employees and community members. CCISD Director of Athletics Debbie Fuchs added, “We look forward to inducting the next class of remarkable athletes on Friday, October 6, 2017 at Challenger Columbia Stadium.”

The nomination package should include the nomination form, a letter(s) of recommendation, and any relevant supporting materials such as newspaper clippings, statistics and photographs, for example.

Nominations are due at the following address by April 28, 2017: