Been out of town? Here’s what’s been happening while you were gone. 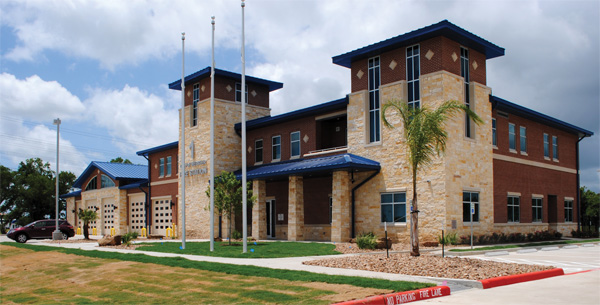 After many months of work, Webster has a new fire station, located on Highway 3 next to City Hall. During the opening ceremonies the Webster Fire Department maintained a fire tradition by “wetting down” two of the fire trucks and pushing them into the new station. The tradition stems for the days when fire wagons were pulled by horses, when fire fighters returned to the station they would cool down the horses and manually push the wagon into the station.

“Kelly is leaving great stability in our city government,” Mayor Glenn Royal said, adding, “and what excites me is that this will continue with the appointment … of Gayle Cook. As deputy city manager, she has been the right hand of Kelly and former City Manager Chuck Pinto. Both council and staff have great respect for her and her many talents.”

Jim Yarbrough to vie for mayor

Former Galveston County Judge James D. Yarbrough has announced that he is running for mayor of the island city in the March municipal elections.

The Galveston native and University of Texas graduate served as county judge from 1995 to 2010, when he lost the post to Judge Mark Henry.

Two well known former astronauts died in recent days – one who was an original Mercury astronaut and the other a high-flying research and test pilot.

Scott Carpenter, who was the second American to orbit the earth, died Oct. 10 in Denver, Colo., at the age of 88, leaving former Sen. John Glenn as the last surviving Mercury astronaut.

C. Gordon Fullerton, who flew on two early shuttle missions and many research missions out of NASA Dryden after retiring from the astronaut corps, died Aug. 21 at the age of 76.

Attorney Kathleen McCumber has been appointed presiding municipal court judge by the League City Council after serving as the city’s associate judge for the past 10 months.

An attorney with the Cagle and McCumber law firm, she also serves as Precinct 8, Seat 1 justice of the peace.

She replaces Judge Kerri Foley, who has been appointed judge for Galveston County Court at Law 3 after serving in the League City post for the past 10 years.

Dupuy was indicted in May on eight counts of retaliating against his ex-wife’s attorney in a divorce case.

Cans of meat, beans and fruit, peanut butter, kid friendly foods such as jello, goldfish, pasta and fruit snacks, and personal hygiene items such as toothpaste, toothbrushes,  shampoo, soap and cotton swabs are being collected, along with household cleaners such as dish soap, detergent, bleach and air freshners.

Donors may drop off items at the chamber on NASA Parkway until the drive ends Nov. 21.