The remains of the Hampton Inn in Seabrook.

Cause of hotel fire investigated
The Harris County Fire Marshal’s Office is working with the ATF National Response Team to investigate the cause of the April 30 fire at the Hampton Inn on NASA Parkway in Seabrook and access damages.

The three-alarm blaze started about 4:40 p.m. and eventually destroyed most of the building.

Fortunately, all guests – many here for Keels & Wheels at nearby Lakewood Yacht Club – were evacuated and moved to the Seabrook Community House until other accommodations could be made.

Lawmakers get term-limits bill
State Rep. Carol Alvarado has filed a bill that, if passed by the Texas Legislature and approved by voters, would change Houston’s term limit structure.

Under HB 2917 the mayor, controller and city council members would be able to serve two four-year terms before becoming term limited.

“The city’s current structure of three two-year terms restricts an elected official’s ability to truly dive into issues that are affecting the city and their respective member’s districts,” Alvarado said.

Seabrook City Council unanimously approved her appointment during a special meeting May 4, voting unanimously to appoint her as city secretary, effective July 1.

Hicks, who currently serves as deputy city secretary at the City of Sugar Land’s City Secretary’s Office, was to begin training June 1, and take over from Glaser after her retirement in July. She had announced her retirement in January.

Nassau Bay man is shot
A 21-year-old man was found shot when Nassau Bay Police were called to the 18100 block of Nassau Bay Drive late Tuesday night, May 5, when neighbors heard a man yelling for help.

On arrival, police found he had been shot in both legs and had him taken by Life Flight to Memorial Hermann Hospital in Houston. He is expected to survive his injuries.

The victim told officers he was inside his apartment playing video games when he heard a knock on the door. When he opened the door he was confronted by two male subjects; one was armed with a handgun and demanded money. The suspects entered the victim’s apartment and became upset when they could not find any money and one of the suspects shot him in both legs.

Anyone with information regarding this case is asked to contact the Nassau Bay Police Department at 281-333-2212.

CCISD extends Smith contract
The Clear Creek School Board has extended the contract of Superintendent Greg Smith until 2020. The action came at a workshop meeting of the board.

And while he was not given a raise with the extension, trustees voted 6-1, with Trustee Ken Baliker opposed, to give him an annuity worth $200,000 – paying $40,000 a year for the next five years into the annuity with the stipulation that he cannot receive the funds unless he fulfills the contract. The board also agreed to pay the superintendent’s contribution to the State Teacher Retirement System.

Baldwin, who had been in the post a little over two years, first changed the chamber’s name to Bay Area Houston Regional Chamber to reflect its regional reach when a number of members and city officials objected, believing the name should include League City. Then she polled the membership and subsequently changed the name again to League City Regional Chamber.

Sara Martin, meanwhile, has joined the chamber team and will be the new chamber membership development coordinator.

Martin, who is originally from Vermont and now resides in Seabrook, has a number of years in the hospitality, events and customer service industry.  She received her B.A. in Criminal Justice from John Jay College of Criminal Justice in New York City.

Ad Astra wins NASA contract
Ad Astra Rocket Company has been selected by NASA as one of three winners of the space agency’s Next Space Technologies for Exploration Partnerships (NextSTEP) competitive solicitation. Under this work, valued at approximately $10 million over three years, the partnership will advance the VASIMR® engine to a technology readiness level (TRL) greater than 5 – a step closer to spaceflight – with a demonstration of the VX-200-SS™ laboratory prototype, a fully integrated system capable of operating at high power continuously for a minimum of 100 hours.

The VASIMR Rocket works with plasma, an electrically charged gas that can be heated to extreme temperatures by radio waves and controlled and guided by strong magnetic fields. The magnetic field also insulates nearby structures so exhaust temperatures well beyond the melting point of materials can be achieved. In rocket propulsion, the higher the temperature of the exhaust gases, the higher their velocity and the higher the fuel efficiency. Plasma rockets feature exhaust velocities far above those achievable by their chemical cousins, so their fuel consumption is extremely low.

Since its inception in 2005, Ad Astra Rocket Company has continued to advance the TRL of the VASIMR® engine almost exclusively with private funding. In 2013, after more than $30 million in private capital, the company completed more than 10,000 successful high power firings of its most advanced VASIMR® prototype, the VX- 200™, in Ad Astra’s Houston vacuum chamber facility.

“We are thrilled by this announcement and proud to be joining forces with NASA in the final steps of the technology maturation,” said Dr. Franklin Chang Díaz, Ad Astra’s chairman and CEO. “We look forward to a very successful partnership as we jointly advance the technology to flight readiness,” he added. 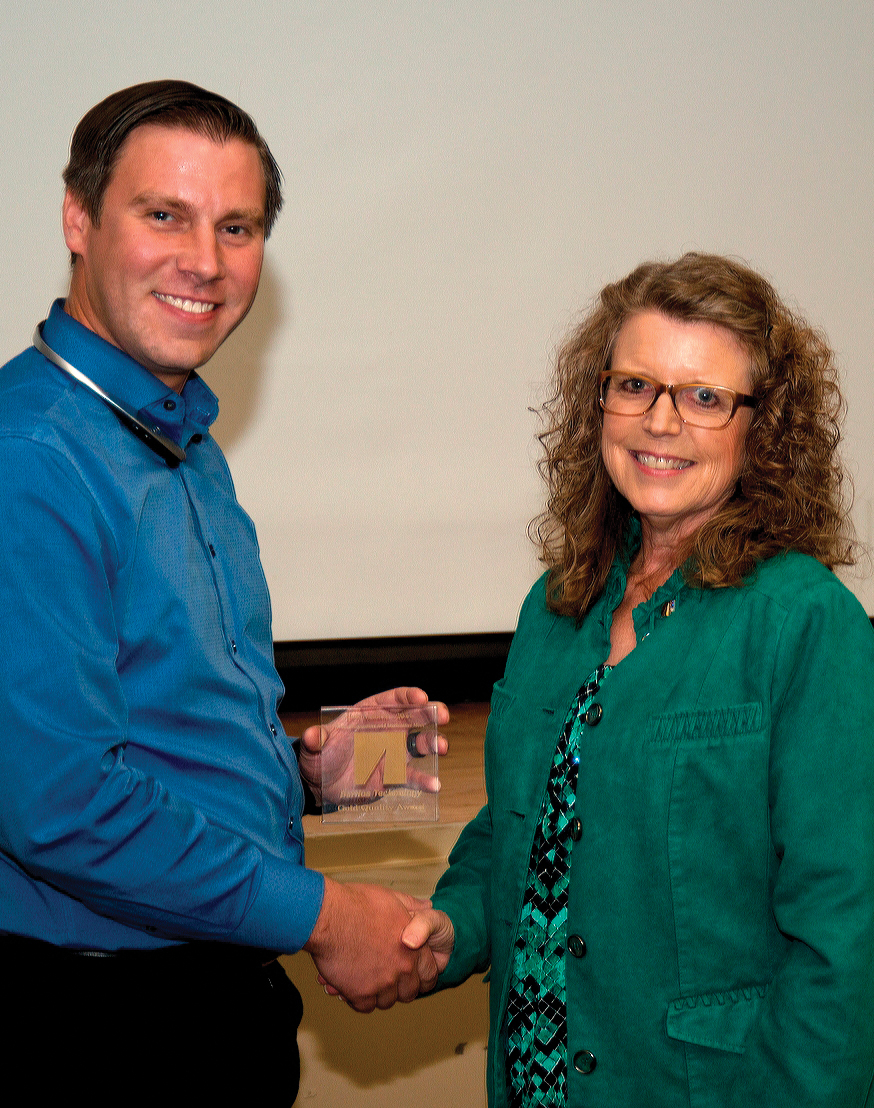 Barrios honors its employees
Barrios Technology recognized a number of its employees at its Annual Awards Luncheon at NASA’s Gilruth Center. This event recognized recipients of BEAR awards, as well as those receiving higher education degrees, company service awards, and the corporate Emy Award.

The 2014 Gold BEAR award winner was Ben Matson, a Mission and Program Integration engineer recognized for the development and implementation of a specialized packing assessment SharePoint tool, and the recipient of the Emy Award, which is named for founder Emrye Barrios Robinson and recognizes community service, went to Jorge Charriez who was recognized for his efforts supporting a number of different community and church organizations.

A 1972 Pasadena High graduate, he is the managing partner at Williams Kherkher Law Firm in Houston. Williams also attended South Shaver Elementary and Queens Intermediate. After graduating from Pasadena High, Williams won a football scholarship to Baylor University in Waco, where he earned a business degree and went on to become editor-in-chief of the Baylor Law Review and graduate first in his class from Baylor School of Law.

He later won the largest legal settlement in U.S. history — $17.3 billion — when he represented the State of Texas against the tobacco industry in 1995. The son and grandson of longshoremen, he has long been a supporter of union workers.

Richard Dvorak earns recognition
Richard B. Dvorak, a private wealth advisor with Ameriprise Financial, has qualified for the company’s 2014 Circle of Success annual recognition program and will be honored for this achievement in 2015.

To earn this achievement, Richard established himself as one of the company’s top advisors by consistently demonstrating exceptional commitment to financial planning and superior client service. Only a select number of high-performing advisors earn this distinction.