New developments sprouting up all over the Bay Area 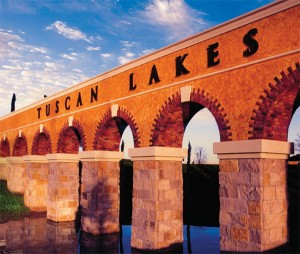 The continuing popularity of the Bay Area is reflected in the many new developments either in the planning stages or about to take off — from one end of Bay Area Houston to the other.

One of the newest and biggest is planned in League City, Barbara Cutsinger of Bay Area Houston Economic Partnership reports.

The development has been in the works for the last 18 months, she says, adding that we can expect more details in the next couple of months. Pinnacle purchased the land from Compass Bank and finalized the deal in early January.

It is one of dozens of projects that have transformed League City from a sleepy little village that it was in the 1980s to the bustling city it is today. Someone who has been away for several years will no doubt be startled when riding down the Gulf Freeway toward Galveston.

What was a prairie along the Gulf Freeway in League City a few short years ago has been developed by Victory Lakes Town Center, League City Towne Center and Bay Colony Town Center and is now home to a jaw-dropping number of businesses.

Several large residential developments also are under way around the area including a massive one in Clear Lake City just announced.

Trendmaker Homes has bought 372 acres of a 412-acre tract with plans to build a new subdivision near the intersection of Clear Lake City and El Dorado Boulevards and Ellington Field. Homes are expected to start in the $300,000s.

Originally owned by Exxon Mobil and then Kinder Morgan, the land has long been eyed by developers as land for new homes slowly disappeared. Most recent owner before Trendmaker was Fidelis Realty Partners of Houston, which purchased the land in 2007.

Fidelis said it plans to retain about 40 acres of the land and construct neighborhood shopping centers for the convenience of residents.

In Friendswood, some 1,500 homes are planned for the 213-acre West Ranch with West Boulevard under construction to connect FM 518 with Friendswood Lakes Boulevard. A new builder, Toll Brothers, has been added and more estate home sites have been platted to keep up with the demand. The Southside development will include lakes, a community clubhouse, larger pool, parks, trails and commercial development.

— Hidden Lakes, when finished, will have about 800 homes with about 100 acres for commercial development. Current 214 lots are under contract and another builder has purchased 125 acres from the developer.

— Beacon Island on Light House Boulevard off Marina Bay Drive offers an exclusive and distinctively secluded community with Southern Charm and a Boardwalk Promenade along the water’s edge.

Seabrook is home to a number of residential projects developed by Bayway Homes – Searidge, Seaside Village and The Cove at Todville.

In Webster, Edgewater – being developed by Johnson Development Corp. and Cherokee Investment Partners — continues to build new homes on its 538-acre site between NASA Parkway and Clear Creek – a development that will include a marina large enough for 50-foot yachts and a 35-acre nature preserve along Clear Creek. When completed, it will be home to 2,600 residents.