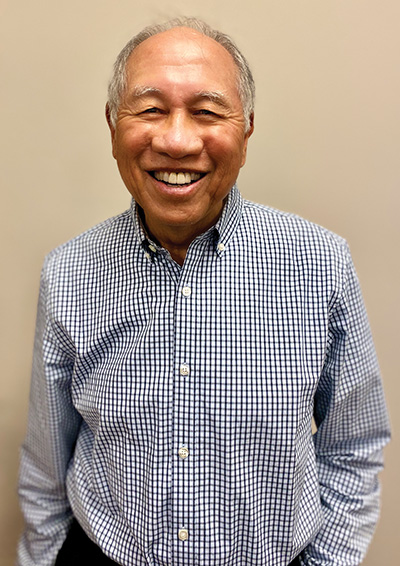 Dr. Roscoe Lee is a rather quiet individual, but what he leaves behind as he walks through life is astounding. No bragging and boasting as he completes one volunteer project for his city after another. Just a smile and onto the next project. If you attend the City Council meetings, you’ll likely see him each month, giving a report on first this project the then another.

In March, Nassau Bay decided to honor him for his many years of volunteer work by naming the pavilion in David Braun Park after him in a special ceremony. City Manager Jason Reynolds calls him “a wonderful individual and superb volunteer.” Mayor Mark Denman adds, “Roscoe remains a critical volunteer for our city. He does so much and all unpaid. This recognition is the least we can do to show him our appreciation and hope all that see it know how great he has been, and continues to be, for our city. He certainly deserves all the recognition anyone can give.”

That came as a complete surprise to Roscoe and “is much appreciated,” he said.  However, he feels the award is unwarranted since there are so many volunteers in the city. At the same time, having the pavilion named for him “is a special honor because the pavilion is in David Braun Park,” and Roscoe and David worked hand-in-hand for the Nassau Bay Parks Department to make their city better.

Roscoe and his wife, Tuie, moved to Nassau Bay over half a century ago in September 1967, after he received his Ph.D from the University of Texas at Austin and quickly fell in love with the pretty city across from NASA’s Johnson Space Center, where he began his career in aerospace — first living at the Balboa Apartments before purchasing their home. As a subcontractor, Roscoe supported the Johnson Space Center in guidance, navigation, and control activities for almost 50 years for the Apollo, Apollo-Soyuz, Space Shuttle, and International Space Station Programs. He especially enjoyed making 42 trips to Russia, several trips to Japan, France, and the Netherlands, the STS-132 launch, the launch of the European Space Agency launch of the first Automated Transfer Vehicle from Kourou, French Guiana, and a Soyuz launch from Baikonur, Kazakhstan.

To repay the city for being such a great place to live, Roscoe began his volunteer work for Nassau Bay in 1978, when he was appointed to the Planning Commission, under the sponsorship of Howard Ward, Nassau Bay’s first city manager. Roscoe continues to serve as chairman of the Planning Commission and, therefore, has served under every city manager and mayor since the city’s founding 50 years ago. In this capacity, Roscoe works with the Economic Development Corporation and the NASA Area Management District.

He is also a charter member of the Nassau Bay Parks Committee and is currently serving as interim chairman. In 1994, Roscoe worked with David Braun on the City Garage Sale to raise funds for playground equipment in Lake Nassau Park (now David Braun Park) and also helped install the equipment along with many other Nassau Bay residents.  During his tenure on the Parks Committee, he has supported the development of comprehensive master plans for David Braun Park and Swan Lagoon Park.  Work continues on completing these plans.

In 2017, the city manager asked Roscoe to follow up on the city’s association with Keep Texas Beautiful (KTB). With the Parks Committee, Roscoe met the KTB requirements and Keep Nassau Bay Beautiful (KNBB) became a full affiliate in 2018. KNBB conducted a windshield survey to identify beautification issues in the city, and most of problems have been resolved. Under Roscoe’s direction, KNBB continues to support the annual Beautification Day and Peninsula Clean Up and introduced the Fall Sweep to provide clean up in the city.

Most recently, Roscoe coordinated a proposal from the Houston Zoo to install pollinator gardens along Upper Bay Road to form a pollinator pathway from Johnson Space Center to the Nassau Bay Peninsula. The gardens will be installed this year.

Apart for volunteering for the city over the past four decades, Roscoe also coached his older son, Jason, in T-Ball and slow pitch baseball teams and soccer teams, even though Roscoe had never played soccer. After completing his first stint of coaching Jason’s soccer team, Roscoe was asked to coach an older team, when the team’s coach transferred out-of-state. He first refused because this was a much more competitive level of soccer, but accepted the assignment when he was told that his boss’ son played on the team. Roscoe coached soccer for eight years. Tuie also served on the Nassau Bay Soccer Board and was team manager.

Roscoe also has supported Beautification Day since Tuie, Charlotte Reem, Julie Mead, and Donna Stoa initiated this program in 1995. He participated in the Galveston Bay Foundation planting of marsh grass on the shores of the Peninsula, which has stopped the erosion of the Peninsula due to waves from boat traffic. The plan was to plant the grass in knee deep water, but heavy rains the night before required almost going underwater to insert the grass stalks.

Since Hurricane Harvey, Roscoe, Tuie, and Justin, their younger son, are volunteering to walk dogs from the Nassau Bay Animal Shelter to give the dogs exercise and socialization. This allows Troy Bradfield more time to clean the kennels and feed the animals. This effort also has resulted in their adoptions of Ziggy and Teddy from the shelter, and their dogs continue to participate in the daily morning walks with the shelter residents.

« 5 Ways to Beat Cabin Fever in Self-Quarantine
As the Lake Churns: May »
Bay Area Houston Magazine