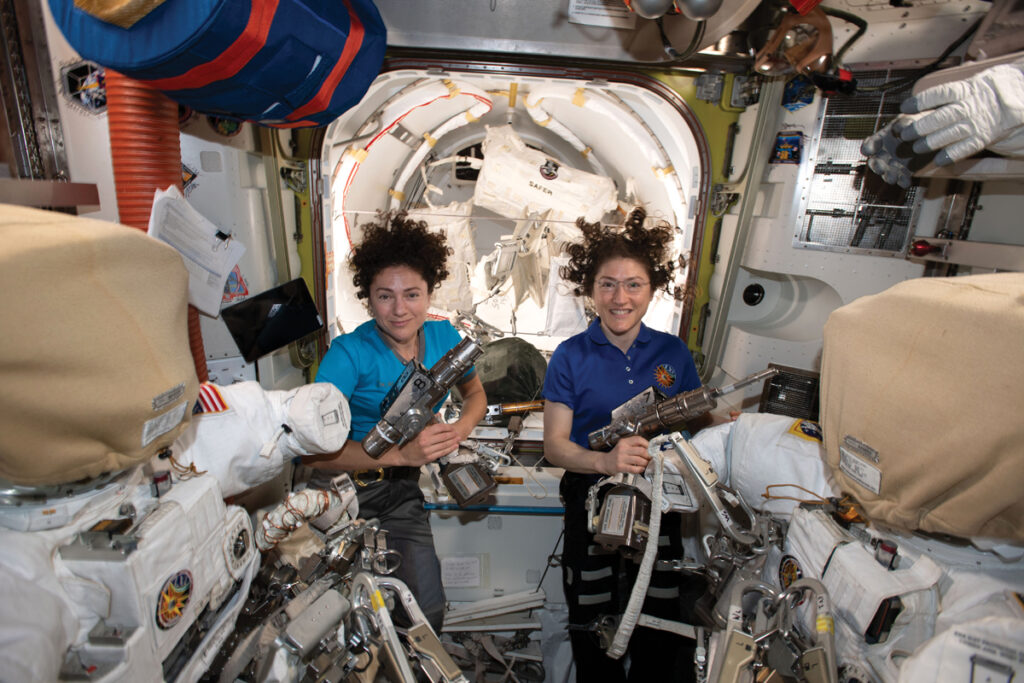 NASA astronauts Jessica Meir (left) and Christina Koch are inside the Quest airlock preparing the U.S. spacesuits and tools they used on their first spacewalk together. The Expedition 61 flight engineers are holding the pistol grip tools they used to swap out a failed power controller, also known as a battery charge-discharge unit, that regulates the charge to batteries that collect and distribute power to the International Space Station. Photo: NASA

During the 7-hour, 17-minute spacewalk, the pair replaced a failed power controller and completed several other tasks in preparation for future spacewalks.

It was the first spaceflight for both women, who were selected as astronaut candidates in 2013 as part of the first class, of which 50% were women.

Meir was the 15th woman to spacewalk, and the 14th U.S. woman. It will be the 43rd spacewalk to include a woman. Women have been performing spacewalks since 1984, when Russian cosmonaut Svetlana Savitskaya spacewalked in July and NASA astronaut Kathryn Sullivan conducted a spacewalk in October.