NASA Research Could Save Airlines Billions 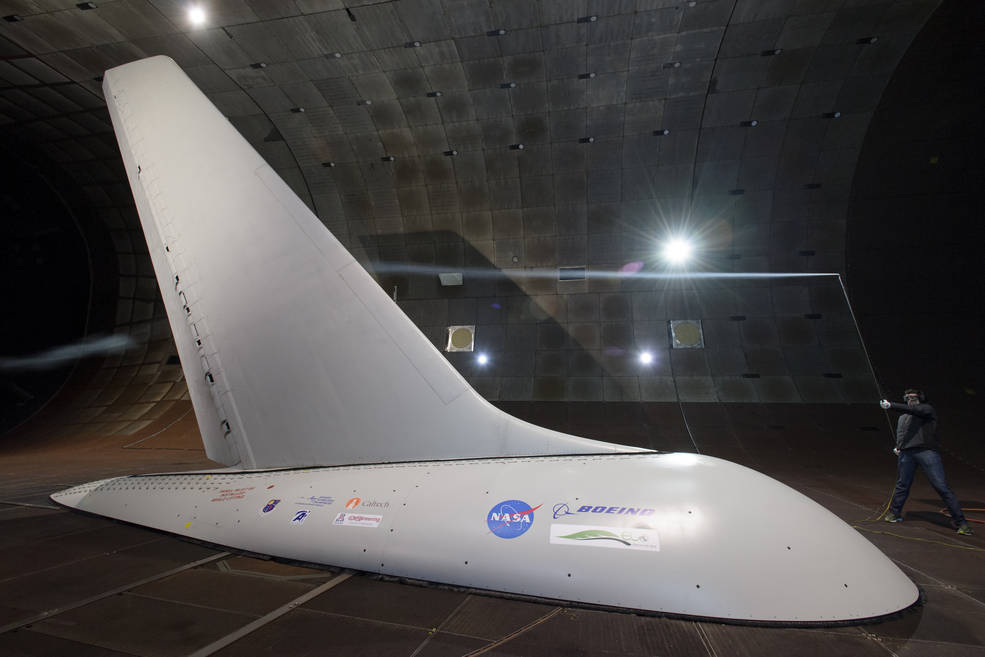 Researchers with NASA’s Environmentally Responsible Aviation project coordinated wind-tunnel tests of an Active Flow Control system — tiny jets installed on a full-size aircraft vertical tail that blow air — to prove they would provide enough side force and stability that it might someday be possible to design smaller vertical tails that would reduce drag and save fuel. Photo: NASA/Dominic Hart

The nation’s airlines could realize more than $250 billion dollars in savings in the near future thanks to green-related technologies developed and refined by NASA’s aeronautics researchers during the past six years.

These new technologies, developed under the purview of NASA’s Environmentally Responsible Aviation (ERA) project, could cut airline fuel use in half, pollution by 75 percent and noise to nearly one-eighth of today’s levels.

“If these technologies start finding their way into the airline fleet, our computer models show the economic impact could amount to $255 billion in operational savings between 2025 and 2050,” said Jaiwon Shin, NASA’s associate administrator for aeronautics research.

Created in 2009 and completed in 2015, ERA’s mission was to explore and document the feasibility, benefits and technical risk of inventive vehicle concepts and enabling technologies that would reduce aviation’s impact on the environment. Project researchers focused on eight major integrated technology demonstrations falling into three categories – airframe technology, propulsion technology and vehicle systems integration.

By the time ERA officially concluded its six-year run, NASA had invested more than $400 million, with another $250 million in-kind resources invested by industry partners who were involved in ERA from the start.

“It was challenging because we had a fixed window, a fixed budget, and all eight demonstrations needed to finish at the same time,” said Fayette Collier, ERA project manager. “We then had to synthesize all the results and complete our analysis so we could tell the world what the impact would be. We really did quite well.”

Here is a brief summary of each of the eight integrated technology demonstrations completed by the ERA researchers:

As part of the closeout work for the ERA project, information and results regarding each of these technology demonstrations were categorized and stored for future access and use by the aerospace industry, and will be discussed at the American Institute of Aeronautics and Astronautics Sci-Tech Conference in San Diego this week.