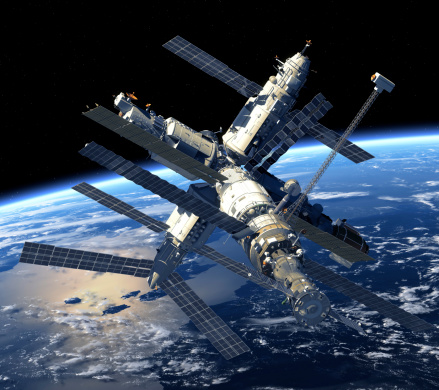 NASA Administrator Charles Bolden sent a letter to Congress Wednesday, Aug. 5, informing members that, due to continued reductions in the president’s funding requests for the agency’s Commercial Crew Program over the past several years, NASA has been forced to extend its existing contract with the Russian Federal Space Agency (Roscosmos) to transport American astronauts to the International Space Station.

This contract modification is valued at about $490 million dollars. The letter was delivered to the leadership of the congressional committees that oversee NASA. The full text of the letter follows:

“Since the decision to retire the Space Shuttle in 2004, NASA has been committed to developing a follow-on, low-Earth orbit transportation system and limiting our reliance on others to transport U.S. crew to the International Space Station. In 2010, I presented to Congress a plan to partner with American industry to return launches to the United States by 2015 if provided the requested level of funding. Unfortunately, for five years now, the Congress, while incrementally increasing annual funding, has not adequately funded the Commercial Crew Program to return human spaceflight launches to American soil this year, as planned. This has resulted in continued sole reliance on the Russian Soyuz spacecraft as our crew transport vehicle for American and international partner crews to the ISS.

“I am writing to inform you that NASA, once again, has modified its current contract with the Russian government to meet America’s requirements for crew transportation services. Under this contract modification, the cost of these services to the U.S. taxpayers will be approximately $490 million. I am asking that we put past disagreements behind us and focus our collective efforts on support for American industry the Boeing Corporation and SpaceX to complete construction and certification of their crew vehicles so that we can begin launching our crews from the Space Coast of Florida in 2017.

“Across the United States, aerospace engineers are building a new generation of spacecraft and rockets that will define modern American spaceflight. The safe, reliable, and cost-effective solutions being developed here at home will allow for more astronauts to conduct research aboard the space station, enable new jobs, and ensure U.S. leadership in spaceflight this century. The fastest path to bringing these new systems online, launching from America, and ending our sole reliance on Russia is fully funding NASA’s Commercial Crew Program in FY 2016. Our Commercial Crew Transportation Capability (CCtCap) contractors are on track today to provide certified crew transportation systems in 2017.

“Reductions from the FY 2016 request for Commercial Crew proposed in the House and Senate FY 2016 Commerce, Justice, Science, and Related Agencies appropriations bills would result in NASA’s inability to fund several planned CCtCap milestones in FY 2016 and would likely result in funds running out for both contractors during the spring/summer of FY 2016. If this occurs, the existing fixed-price CCtCap contracts may need to be renegotiated, likely resulting in further schedule slippage and increased cost.

“It is my sincere hope that we all agree that the greatest nation on Earth should not be dependent on others to launch humans into space. I urge Congress to provide the funds requested for our Commercial Crew Program this year, so we can prevent this situation in the future.”