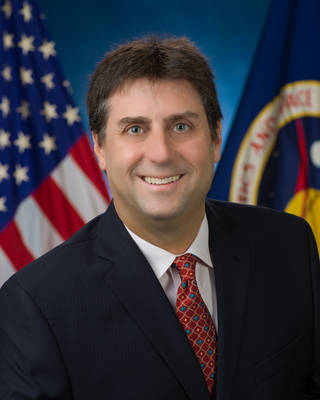 The appointment was effective June 29 following the June 26 retirement of Kirk Shireman, who held the position since 2015.

“Joel has the experience and leadership we need to guide the station program during this exciting and dynamic time of human spaceflight,” said Lueders. “We look forward to seeing Joel continue to make great contributions to the International Space Station and know he’ll do a great job leading the program.”

“The International Space Station has allowed us to accelerate the power of a space economy in low-Earth orbit throughout the past 20 years,” said Johnson Space Center Director Mark Geyer in Houston, which is home to the space station program office. “Joel brings a wealth of knowledge to this new role, and I know the program will continue to thrive under his leadership.”

Prior to becoming deputy program manager, Montalbano was the director of NASA’s Human Space Flight Program in Russia from 2008 to 2012. He was a NASA flight director from 2000 to 2008. Montalbano began his career at Rockwell in June 1988 and became a NASA civil servant in August 1998. He earned a bachelor’s degree in aerospace, aeronautical and astronautical engineering from Iowa State University, in Ames, Iowa.

“It is an honor to be named as the International Space Station Program Manager,” Montalbano said. “I’m looking forward to continuing our work with our domestic and international partners on this world-class laboratory. We are approaching the anniversary of 20 years of a continuous U.S. presence on the station, and it is clear to me that even greater accomplishments lie ahead in this global effort for the benefit of all humanity and the pathway to future human exploration.”

Throughout his career, Montalbano has earned multiple NASA awards, including the Distinguished Service Medal in 2018. He received NASA’s Exceptional Service Medal in 2003 and 2007, Outstanding Leadership Medal in 2004, and the Superior Accomplishment Award in 2007. He also was awarded the Astronauts’ Silver Snoopy Award and the American Astronomical Society’s Advancement of International Cooperation Award. In 2012, he was awarded Rank of Meritorious Executive, conferred by the president of the United States. Montalbano also was an Eagle Scout.