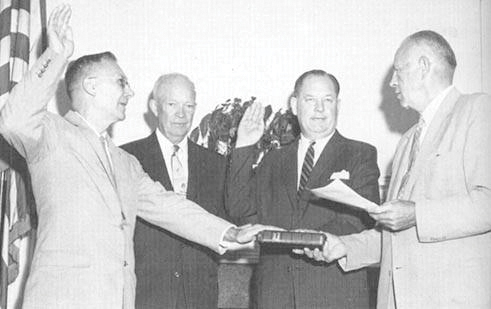 In December 1958, NASA gained control of the Jet Propulsion Laboratory in Pasadena, Calif., a contractor facility operated by the California Institute of Technology. Over time, the agency established or incorporated additional centers and facilities to meet the growing needs of the nation’s space program. Today, 10 field centers across the nation work together to accomplish NASA’s varied missions.

President Eisenhower nominated T. Keith Glennan, president of Case Institute of Technology in Cleveland, Ohio, and Hugh L. Dryden, director of NACA, to be NASA administrator and deputy administrator, respectively. Glennan served until 1961, Dryden until 1965. The Dolley Madison House on Lafayette Square in Washington, D.C., served as the first headquarters of the new space agency (until 1961).

In April 1959, NASA introduced the seven Mercury astronauts to the world at an event in the house’s ballroom. As the agency grew, its headquarters relocated to more spacious accommodations in the nation’s capital. 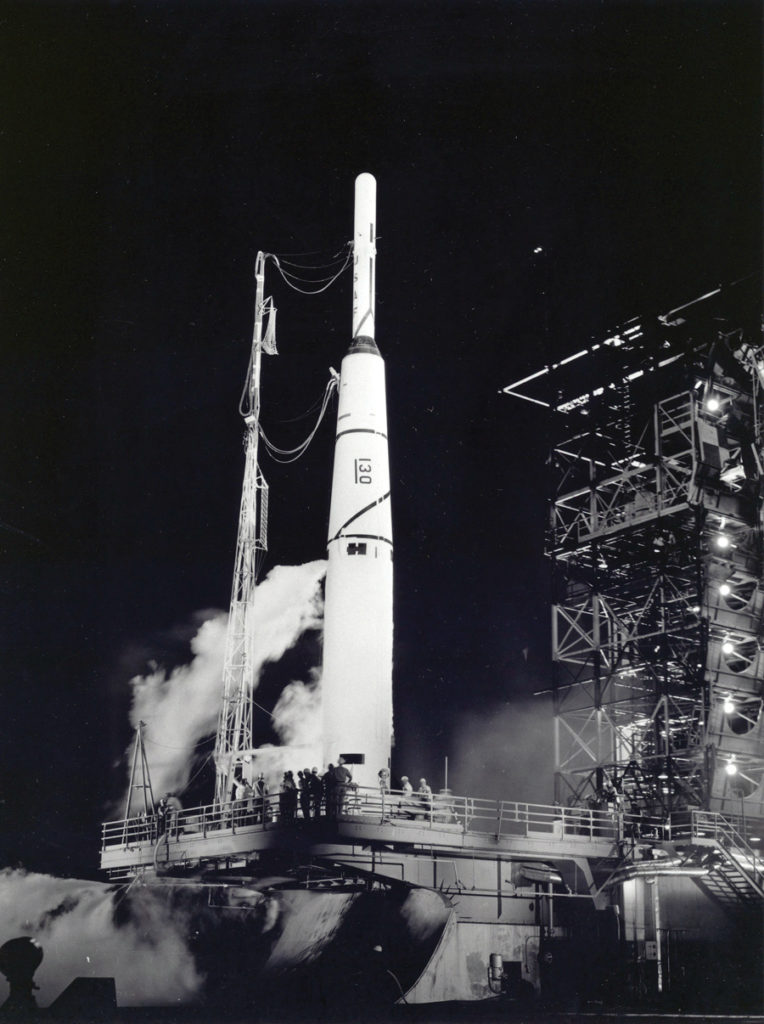 Just 10 days after opening its doors, NASA launched its first spacecraft. Part of a program of lunar orbiters inherited from the U.S. Air Force, Pioneer 1 blasted off aboard a Thor-Able rocket from a fledgling launch facility at Cape Canaveral, Fla. Although it did not achieve its intended mission to orbit the Moon due to a rocket malfunction, Pioneer 1 did reach a then record altitude of about 70,000 miles. The probe returned scientific data confirming the existence of the Van Allen radiation belts until it burned up on reentry in the Earth’s atmosphere 43 hours after launch.

In the subsequent 60 years, NASA has launched spacecraft to unlock the mysteries of the universe, dispatched probes to make close up observations of every planet in the solar system, sent men on voyages to the Moon, and built a space station to maintain a permanent human presence in space.

Although NASA is best known for 60 years of engineering and scientific achievements, it originally came into being as a matter of national security. After the Soviets flew the first two Sputniks in 1957 and Sputnik 3 in 1958, the U.S. government saw space as an important new political, if not military, battlefield and began to lay the course for a long-term space plan.

“It was almost as if a bomb had fallen” on Capitol Hill, congressional staffer Eilene Galloway said in a 2000 oral history interview, “because we were so surprised that the Soviet Union was first. Both the United States and the Soviet Union had space projects in the International Geophysical Year, but our project was very small. It was a satellite that weighed a little more than three pounds, and the Soviet satellite [weighed 184 pounds and] really opened up outer space as the new environment, added to land, sea and air.”

Congressional hearings on the matter, chaired by Senate Majority Leader Lyndon B. Johnson (D-TX), began in November 1957 and continued for six weeks. Johnson asked Galloway, a defense analyst with the Legislative Reference Service, to summarize the congressional testimony. Her report, titled “The Problems of Congress in Formulating Outer Space Legislation,” recommended several options including creation of a new civilian agency to lead America’s space efforts.

On April 2, 1958, President Dwight D. Eisenhower sent a draft law to Congress that called for a civilian National Aeronautics and Space Agency, based on the existing National Advisory Committee for Aeronautics to oversee the U.S. space program. Twelve days later both the Senate and the House introduced versions of a bill to establish such an organization, with hearings beginning the next day. Galloway successfully lobbied to designate the new organization an administration rather than an agency to give it broader authority to coordinate with many other government agencies.