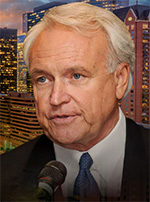 As some of you may have seen in the media, I am participating in the AstraZeneca COVID vaccine trial and received my second injection on Tuesday (December 22). The AstraZeneca vaccine is one of four vaccines that are in late-stage development. Two of the others, Pfizer and Moderna, have already been authorized by the FDA for distribution. The final test results and approvals of the AstraZeneca and Johnson & Johnson vaccines will likely come in January.

In these late-stage trials, some of the participants are given the vaccine and some are given a placebo, i.e., a harmless but ineffective substance. In my trial the placebo is saline. The researchers then track the participants over a two-year period to see how many in each group (called “arms”) come down with the virus and if there are any side effects. The trials are referred to as “double-blind” because neither the participant nor the person administering the vaccine knows whether the injection given is the vaccine or the placebo.

Normally, the two groups are about equal so your chances of getting the vaccine are about 50-50. However, in my trial, two-thirds of the participants received the vaccine and one-third received the placebo. But because these vaccines are so immunologically robust, most people have some reaction to them, giving you some clue as to whether it was the vaccine or the placebo.

However, guessing whether you got the vaccine on the basis of the reaction is not foolproof. In my trial, a doctor who was a participant had no reaction at all. Since he was a frontline healthcare worker he qualified for the vaccine and they unmasked his results. To his surprise he had received the vaccine and had a high level of antibodies.

Similarly, there is a weird phenomenon known as the “placebo response” in which participants who received the placebo report responses consistent with receiving the active drug. This Stat article describes how this phenomenon may affect the COVID vaccine trials. The phenomenon is not well understood it is generally thought to be psychosomatic but also may just be coincidental. For example, in Pfizer trial in the 65-85 age group, the number of people reporting more body aches was only slightly higher in the vaccine arm than in the placebo arm. I can tell you from being in that age bracket I do not find that surprising!

I had a fairly strong reaction to both injections. I felt fatigued and lethargic on both occasions. On the second day after the first injection, I slept for five hours during the day which is highly unusual for me. I also had very noticeable body aches after each injection, with those following the second injection being worse than the first. I had a mild headache and chills both times but never recorded any fever. All of my reactions cleared within about 48-60 hours of receiving the injections.

I did not take anything to ameliorate the reactions because I wanted to be able to report exactly what I was feeling to the investigators. However, I would recommend that any of you who receive one of the vaccines take something like acetaminophen to ease the reactions.
That being said, the reactions are a good thing. They are a sign that your body’s immune system is ramping up to fight what it thinks is an invasion by the COVID virus and in doing so, is prepping itself for when and if the real thing comes along.

I will keep you up to date as the trial progresses. Once I am eligible for one of the vaccines, I will ask the investigators to unmask my information and let you know if I got the vaccine or the placebo. However, based on my reaction, and assuming I am not psychosomatic – a debatable proposition to be sure – I think it is likely I got the vaccine. If so, my immunity should be at full strength about 10 days after the second injection, which would ironically be January 1. Not a bad way to start New Year, especially considering that millions of other Americans are not far behind.