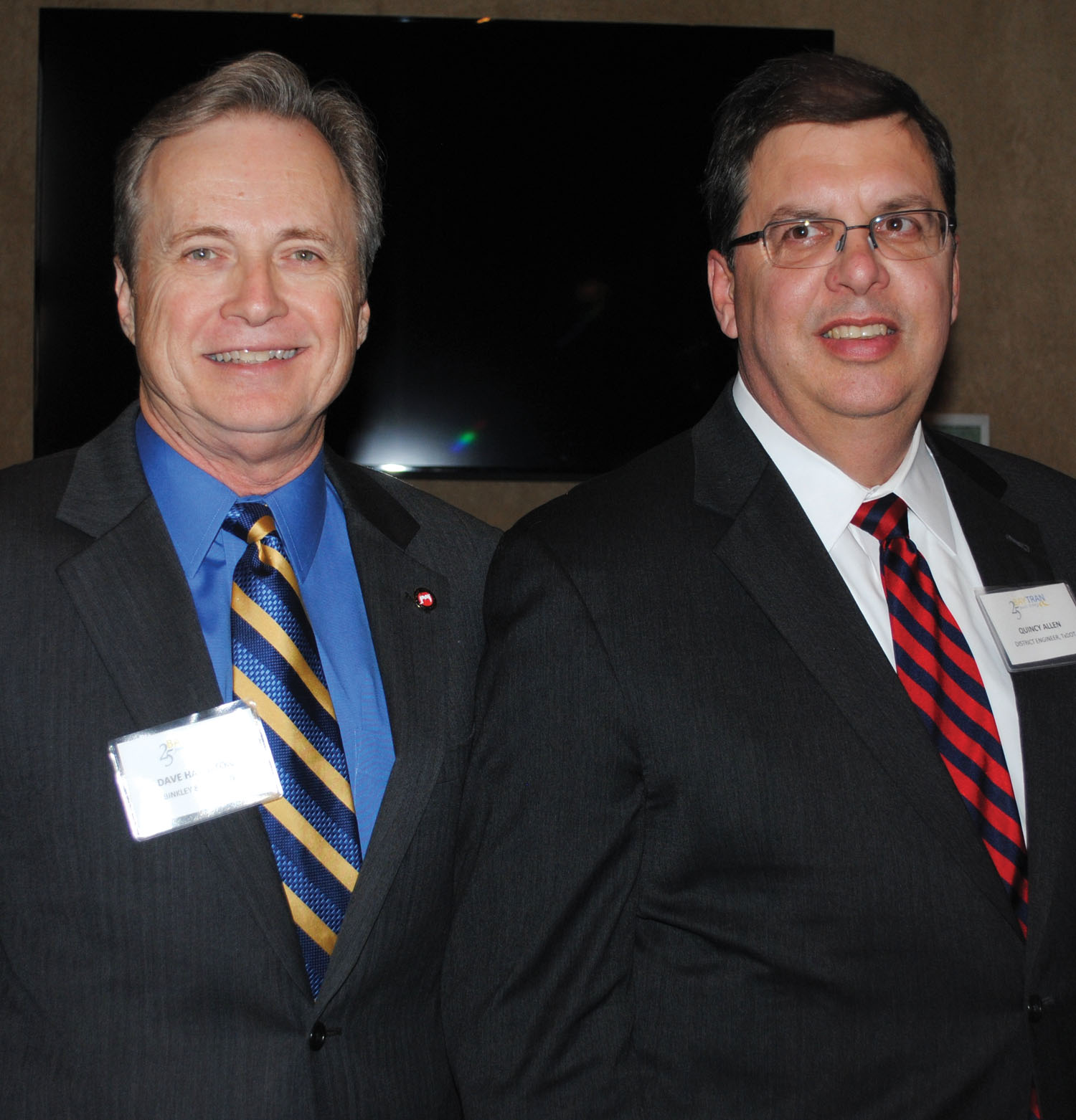 You can stop grumping about the construction on the Gulf Freeway. It’s not going away. Certainly not for the next few years.

Much of his focus was on Gulf Freeway construction (or Interstate 45 South, as it it formally known), followed by a Highway 146 update.

TxDOT won’t be leaving the Gulf Freeway anytime soon, Allen said. In fact, the engineers are already making plans to continue rebuilding the roadway as it ambles south toward Galveston. “Seven of the busiest segments in the state are on I-45 in Houston,” he told the crowd of engineers and public officials.

Most attending the BayTran luncheon much have chuckled on later hearing that astronaut Scott Kelly said he was hoping construction on the Gulf Freeway was completed as he made his way back to Ellington Field after a year in space. What a surprise he was in for. Hasn’t he heard the old joke about work on the Gulf Freeway is never done?

After work is completed at the Bay Area Boulevard interchange, the project continues with TxDOT rebuilding the freeway all the way to Texas City and FM 1764 to relieve congestion, Allen said.

The first two projects – from Kurland at Beltway 8 to FM 2351 and from 2351 to Medical Center Boulevard – involve widening the freeway from six to ten mainlanes, widening the frontage roads from two to three lanes, replacing the overpasses at El Dorado and Bay Area Boulevards and extending the reversible HOV lanes southward to serve carpool and transit opportunities at a cost of $170.5 million. “The first project is 75 percent complete and the second is 47 percent complete,” Allen reported.

TxDOT’s next Gulf Freeway project will start at NASA Parkway and continue south to FM 1764 – first from NASA 1 to FM 518 (1.7 miles). The $130 million project will be let this summer and construction is expected to be 42 months in duration.

As for the $200 million three-mile Highway 146 construction project from Red Bluff Road through Seabrook to FM 518 in Kemah, TxDOT has received approximately $30 million from the Houston Galveston Area Council to begin purchasing the approximately 34 acres of right-of-way.

Advancement of the project, Allen explained, is contingent on negotiations with the Union Pacific Railroad over right-of-way. “I expect it to be resolved soon,” he said, adding that TxDOT is hopeful that project can be let in 2017. Most likely, so are the hundreds of motorists who find themselves in long lines of traffic making their way through Seabrook and Kemah.

Allen also added some interesting tidbits:
Texas added 1.3 million people from 2010 to 2013 – more than any other state. Its population of 26 million is expected to reach 40 million by 2050.

Texas cities have the highest levels of congestion in the nation:
Houston is No. 6 in the country
Dallas/Fort Worth is No. 13
Austin is No. 17