On My Mind – ‘A shameful chapter in our history’ 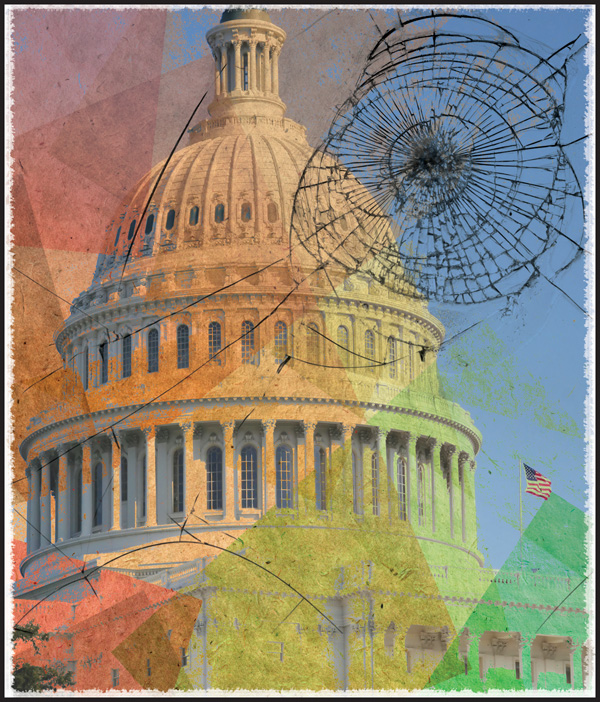 I’m mad as hell and I’m not going to take this anymore. At least until the next time.

Yes, I’m talking about that crowd in Washington I’d like to toss in the Potomac River. I’m fed up, just like the imaginary Howard Beale in the film Network, who urged his TV viewers to shout out of their windows “I’m as mad as hell, and I’m not going to take this anymore!”

Frankly, it is beyond my comprehension how grown men and women could treat their constituents in such a low class manner.

“We inflicted pain on the American people that never should have happened,” Sen.  John McCain (R-Ariz) said, calling it a “shameful chapter in our history.”

Oh, how right he is!

We send our congressional representatives and senators to Washington to represent us and protect our tax money. Yet, while constantly calling for ways to save our tax dollars when they campaign for our vote, they get up to Washington and throw it away with a 16-day government shutdown – the cost of which has been estimated at $45 billion!

Based on Office of Personnel Management figures published in The Washington Post, “the figure commonly cited as the ‘average’ federal employee salary now stands at nearly $78,500.” So add up two weeks pay approved for the 840,000 employees to not work and you get $253.5 million in wasted tax money.

The nation’s economy took another estimated $44 billion hit in lost business – fees from federal parks, small restaurants and other businesses that catered to government employees or that serviced government agencies that had to shut down and send their employees home without pay.

And, all because some of our lawmakers did not like the new Affordable Health Care Act, commonly referred to as Obamacare. I have not read the details of the legislation but have heard people express both good and bad opinions about it. Quietly, mind you – never shouting to the mountain tops or threatening to burn the house down.

Whether it is good or bad is not reason enough to shut the government down. You simply determine what is not working and pass laws to correct it. Where have these guys been all their lives? Only the other day my Rotary club found one of its laws was not working to members’ satisfaction and a new law was drawn up and voted upon. Didn’t Senator Cruz learn that along the way? Apparently not.

“We didn’t do anything but create a big mess in Washington,” Sen. Tom Coburn (R-Okla.) said on Meet the Press on the Sunday morning after the government reopened and most of Congress went home to rest up from all the stress.

The whole thing is just unbelievable. If we all acted in such a manner in our jobs, we soon wouldn’t have a job. Which gives me an idea . . . .   Our government should have never been shut down. The government belongs to we the people, not the Congress.