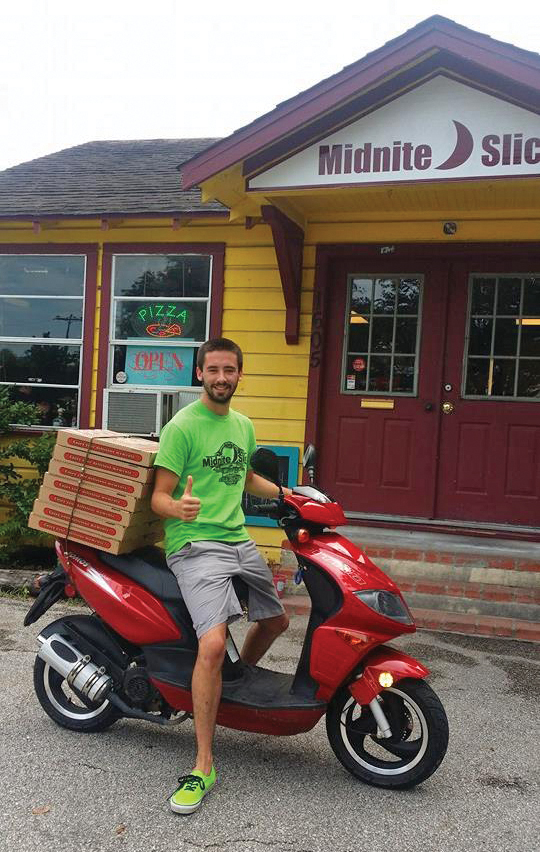 For those sick of the typical 24-hour diner or open late taco joints for those nighttime munchies, Seabrook is home to its very own pizza place that can satisfy any hunger, from the need for comfort food to those looking for something a little out of the ordinary.

“We like to do alot of weird pizzas, we do creative pizzas, we really encourage that,” said Midnite Slice owner Sibbian Roe.

From the typical pizzeria staples like pepperoni pizza, chicken wings and bread sticks, to the not uncommon, but hard to tackle taco pizza – The Hombre Wood, a more adventurous teriyaki chicken pie – named Big Trouble in Little China, and even the one you just know will be a hit with Beavis and Butthead fans, The Great Cornholio – with a chili base and topped with Fritos – this is a restaurant that can cater to the most indecisive of eaters.

“Pizza never goes out of style,” said Sibbian, “Plus we really like to make things different, and pizza you can put anything as the base, put whatever you want on top of it, like you can really get crazy with that.”

While she tries to reach to the height of creativity in her menu, Sibbian makes a point of letting doubters know that this place is more than just a gimmick of new and different ideas to get tourists in.  She wants everyone to know that they use high-quality and in store made ingredients.

“We try and do a higher quality pizza, we make our own dough every day, we use 100% real mozzarella cheese, we use real sausage and not that dogfood kibble stuff,” Sibbian said with a laugh. 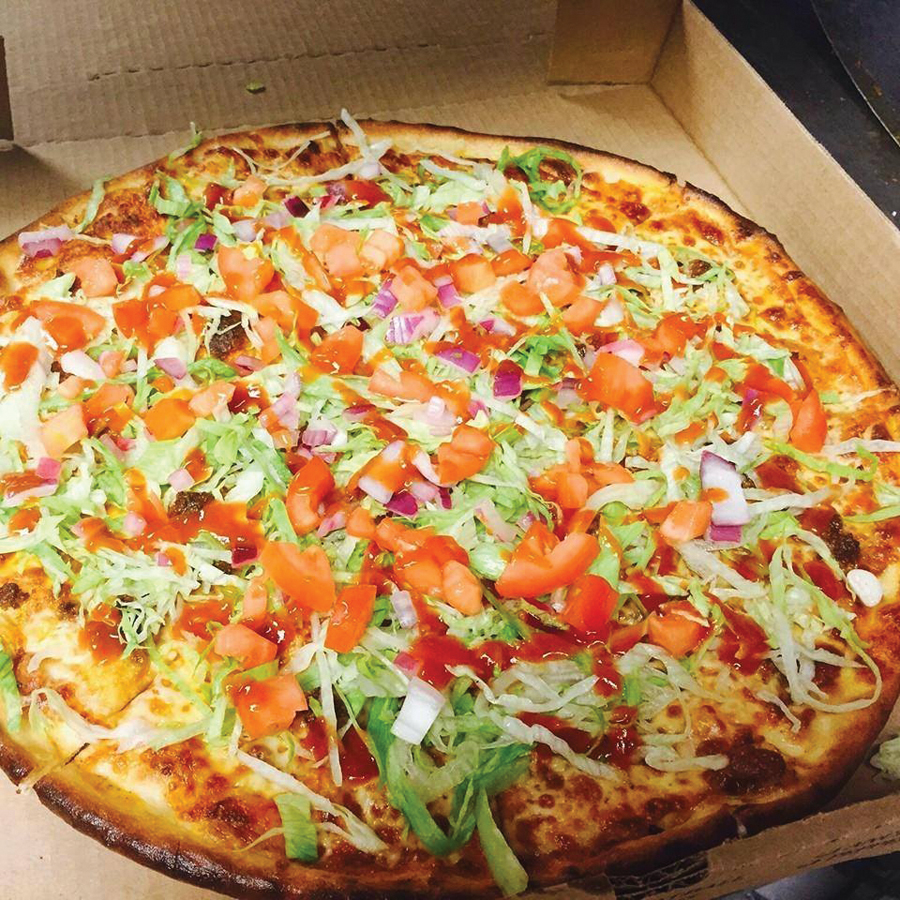 Even with the made-for-greatness ingredients, and blank-slate mentality on a commonplace social food that’s been reproduced the same way over and over again, what really is the best part about Midnite Slice? That when you have friends over at 2 a.m., you don’t all need to pile into a car or send someone on a taco run for late snacks; Midnite Slice will deliver within a good range from their location on 2nd Street in Seabrook.

Yes, they are open that late, staying open till midnight Sunday-Thursday and 3 a.m. Friday and Saturday, they have your post-bar hunger covered!

While the restaurant itself turn seven this year, Sibbian says that the building actually has a lot of history.

“This building is the original post-office in Seabrook,” she said, “it was built in 1904 and it was the post office until 1964 when Carla hit.”

They even have a picture on the wall of when it actually was a post office.  She says that most of the building is solid wood, and most of the electricity is still run on conduit.

So next time you’re with your friends, or even hanging out alone, and find yourself hungry late, don’t hurry to jump in the car for a food run, just let Midnite Slice bring something interesting to your door.

“A lot of people who are ordering that late, maybe shouldn’t be driving,” Sibbian said, “So we kind of consider it a public service.”