A message to the concerned citizens of the Texas Gulf Coast 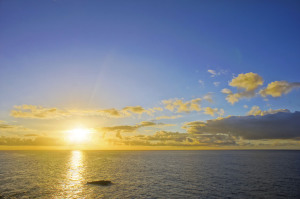 This is a critical matter for the entire seafood industry, recreational fishermen, and private land owners.

Recently, a private entity, Sustainable Texas Oyster Resource Management, LLC (S.T.O.R.M.) has alleged that it controls the rights to 23,000 acres of water bottoms along the Texas Coast.  S.T.O.R.M. alleges to have obtained those rights from the Chambers Liberty County Navigation District by way of a lease issued earlier this year. After obtaining its purported lease, S.T.O.R.M. has aggressively tried to assert its alleged rights over those in the seafood industry who have been lawfully operating in these waters for generations.
S.T.O.R.M. has gone so far as to tell oyster leaseholders that it will ban them from harvesting or bedding on their own leases.  S.T.O.R.M. also has expressed plans to prevent the fishing industry from operating on Texas waters without S.T.O.R.M.’s permission.  S.T.O.R.M. has even stated that it will arrest and prosecute anyone caught trespassing or fishing in these 23,000 acres.

To date, the TPWD and the Texas General Land Office has refused to acknowledge S.T.O.R.M.’s position, citing the laws of the State of Texas and the powers and authorities granted to both the TPWD and the GLO to govern such matters.  Having failed to convince anyone that their actions were legally valid in the State of Texas, it is anticipated that S.T.O.R.M. will now go to our law makers to try to change the law.

Such efforts simply cannot be allowed to succeed. These water bottoms and natural resources belong to the State of Texas and its citizens.  No private entity should have the right to strip Texas citizens of such long standing rights.

If S.T.O.R.M is successful the public will no longer have commercial or recreational access to this part of the Texas Coast. This will put in jeopardy the entire seafood industry from fisherman, harvesters, and leaseholders to processors, brokers, and restaurant owners.

This petition is intended to urge our state officials at TPWD and GLO to continue their defense of this position and to take whatever legal steps necessary to ensure that the laws in place remain in place so as to protect resources, the seafood industry and State’s rights.

You can sign the petition online by going to: http://chn.ge/1xHtJA4?share  id=PWuILPURo