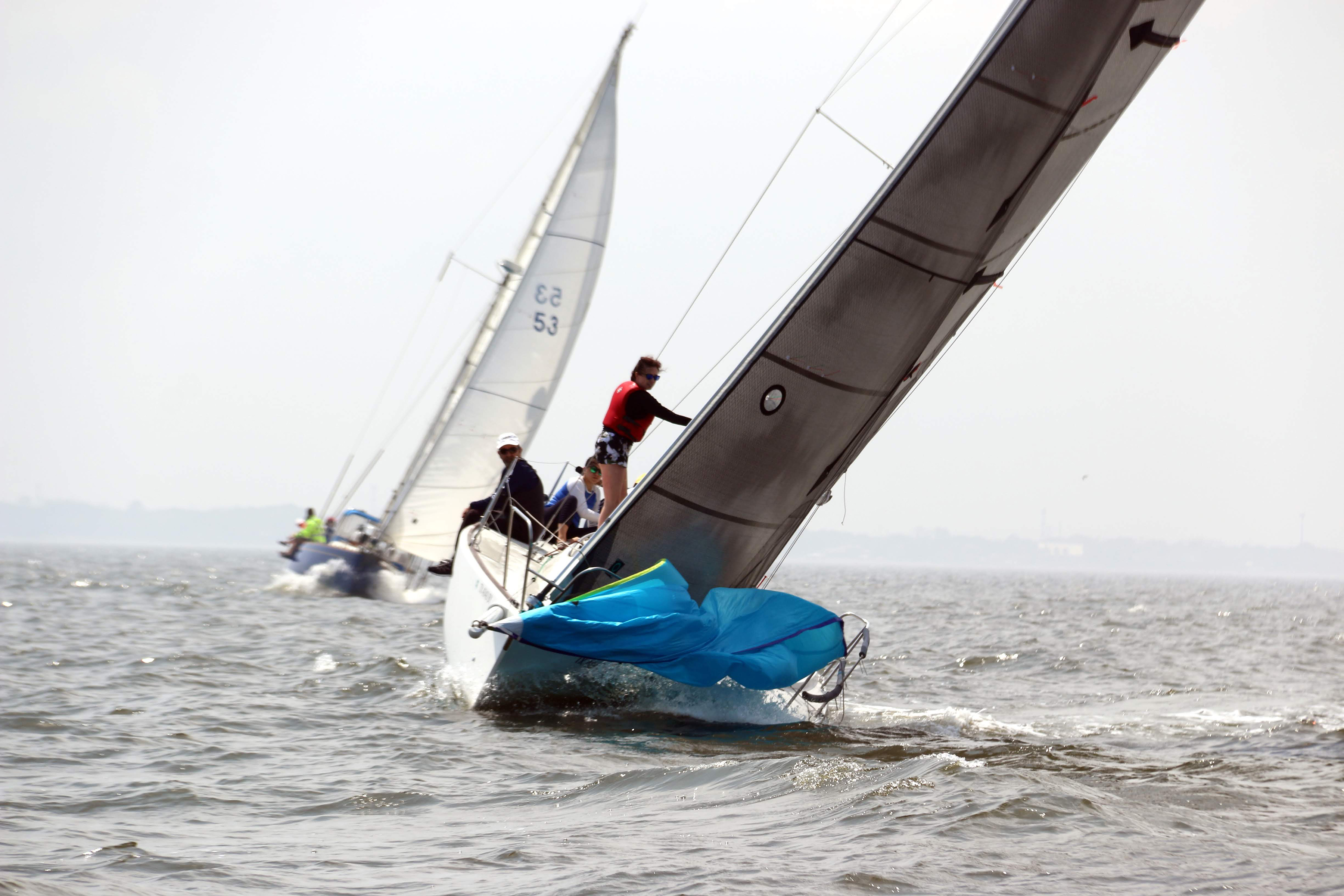 Houston Yacht Club recently held the Mermaid Regatta – a women’s only race. HYC is the only known yacht club at this time to have a Spinnaker fleet in a women’s only regatta. The downwind leg had 17- to 19-knot winds and boat speeds of more than nine knots.

Joining Allie Cribbs on the Mermaid throne winning the perpetual trophy were:

In sum, there was the 1st spinnaker competition, a photo finish (NS), and repeat winner (Club Handicap)… MER-mazing!

Following is a list of six upcoming women’s races for 2019: