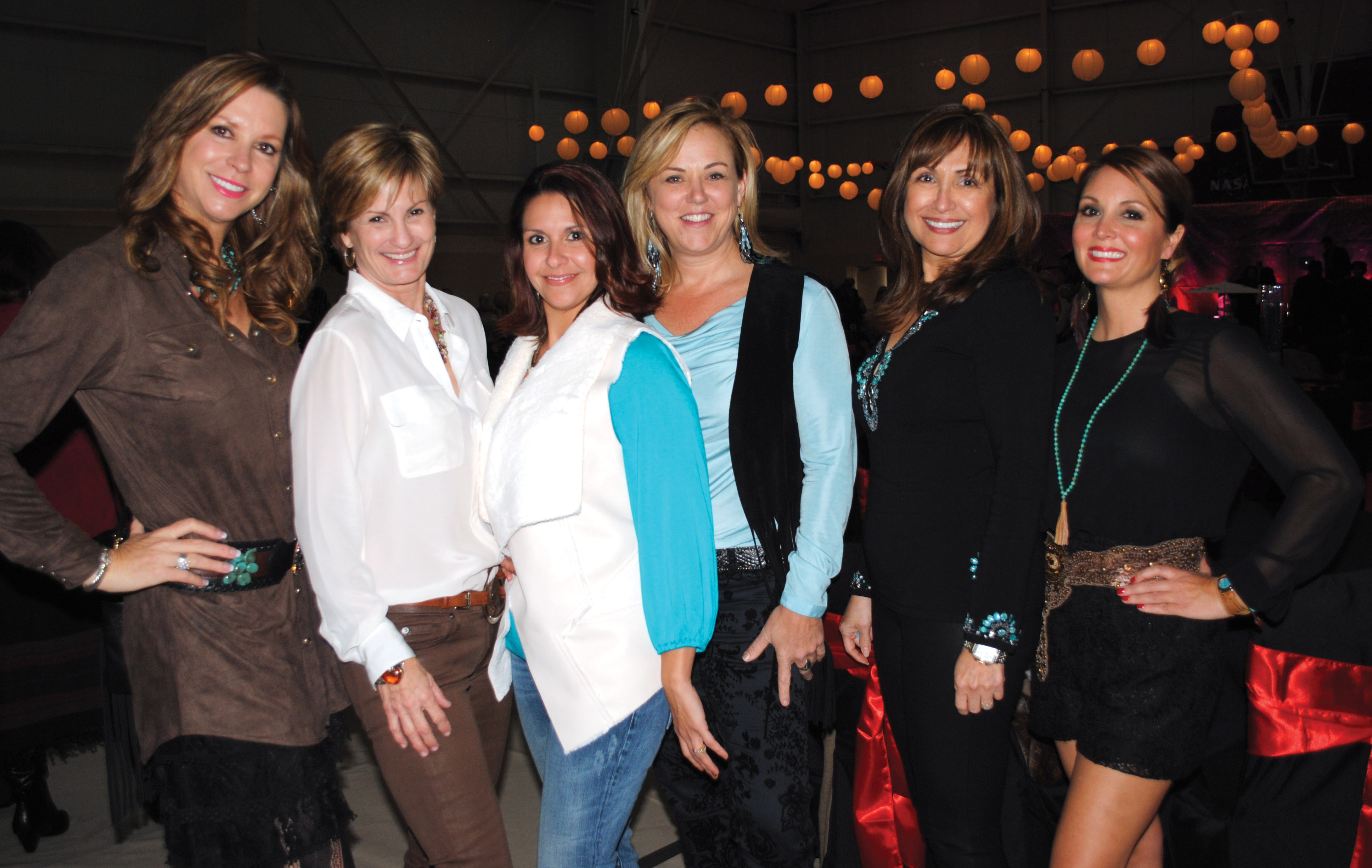 TIME TO RODEO. The call went out all over the Bay Area, and before long NASA’s Gilruth Center was overflowing with cowboys and cowgirls ready to party down and enjoy the Clear Lake Go Texan Rodeo Style Show – now in its 49th year!
Ange Mertens was chairman of this year’s extravaganza with fashion guru Lenny Matuszewski assisting the models backstage and Phil Pampolino serving as emcee. 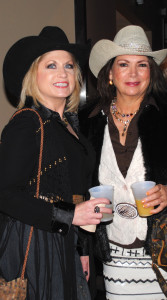 Before long, the fast-stepping models were coming down the runway, showing off the latest in fashion from area boutiques – much to the delight of sisters Carol Bergman and Sally Wigginton, Rocky Mauldin, Jeff DeWease, Steven Kirk, Kathleen Courville, Tamra Gann Curry, Joan McKinney, and Cindy Harreld. 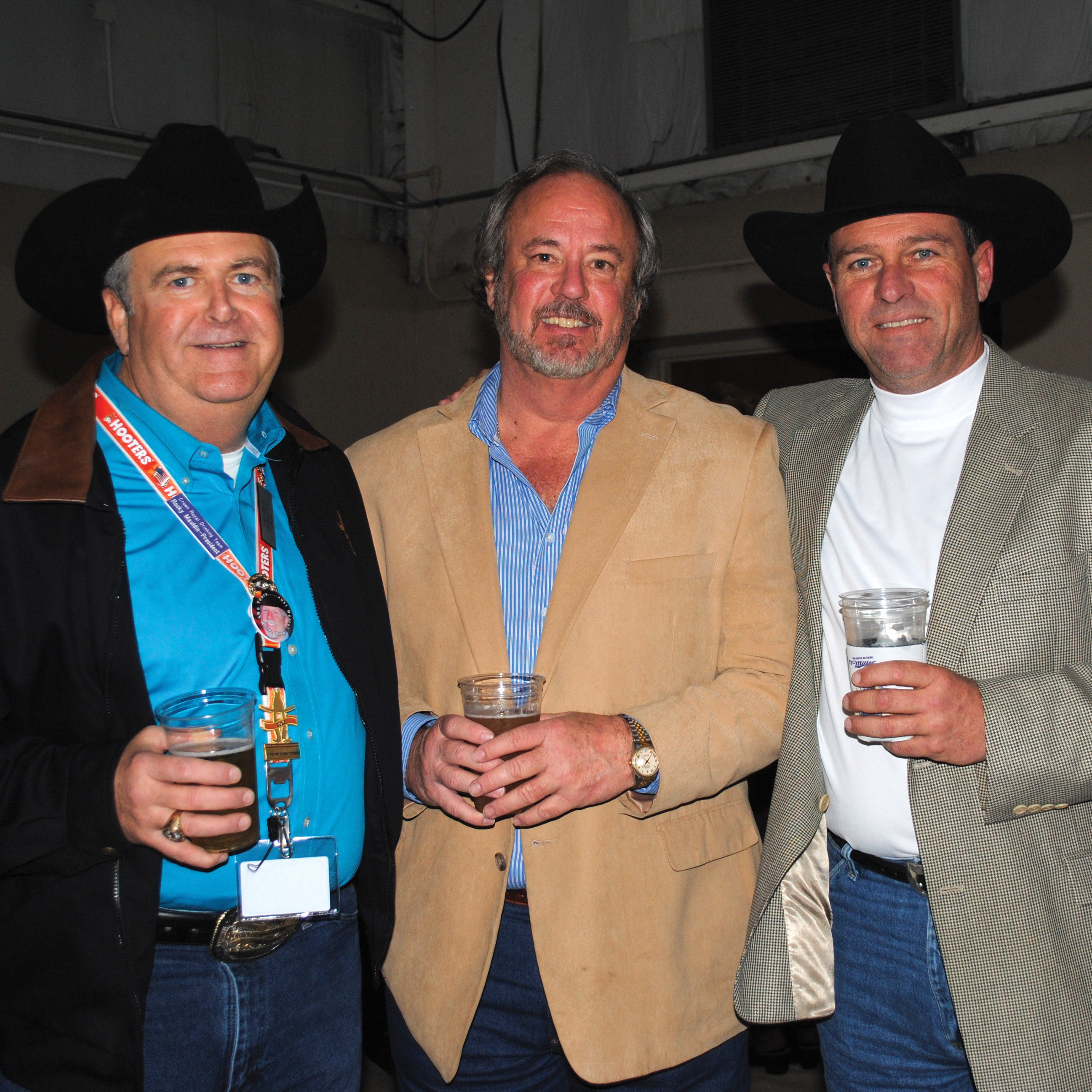 Kemah Mardi Gras keeps on growing
KEMAH is building quite a reputation as a Mardi Gras destination with the Kreme du Lac inviting one and all to its “Krewes into Kemah” month-long celebration.

Included is a Kickoff Party at Bakkhus Taverna, a King Cake Party, the Royal Ball at Landry’s on the Boardwalk, the Galloway Gallop fun run, the Mardi Parti at T-Bone Tom’s, parade and the annual Yachty Gras Boat Parade down the Kemah/Seabrook Channel. This year’s theme was “Pirates in Paradise.” 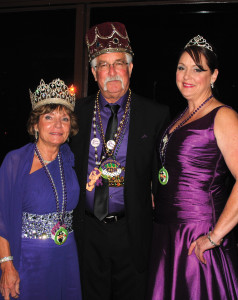 Krewe du Lac 2015 King and Queen Larry and Betty Hays, left, join Princess Connie Mack for a photo at the Royal Ball at Landry’s in Kemah.

Now, after they’ve rested up from all the fun, they’ll start planning for next year’s Mardi Gras in Kemah, hoping you’ll join them.

HSLBA Home Tour dates announced
THE HOUSTON Symphony League Bay Area’s annual home tour will be April 11-12 this year, and getting it on our calendars now will make it helpful to remember.

Last year, with the West Mansion on the tour, there was a huge turnout, and this year will be just as exciting with two historical properties (Windemere and Bay Area Museum); three Brook Forest renovations; and two waterfront properties.

They invited the community to join them for a fabulous day finding and adapting new ideas to use in our own homes.  Keep watching for more information the next few weeks.

Festival awards break records
THE 2014 Lunar Rendezvous Festival distributed a record-breaking $180,000 to charitable organizations and for college scholarships when it returned its proceeds back to the community at its annual distribution of funds. 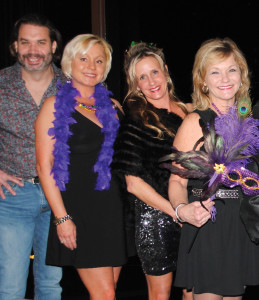 Under the direction of General Chairman Lea Bodie, the 49th festival was the most successful festival since it began back in 1965.

Bodie and Advisory Board President Mike Reeves distributed the funds to 20 other local non-profits and cultural arts organizations. The amounts of the donations were between $900 and $26,975. This includes sending students from Clear Brook, Clear Creek, Clear Falls and Clear Lake High School to Girls and Boys State and HOBY Youth Conference.

Any Bay Are charity or non-profit group can request funds from next year’s festival. Applications can be found at www.lunarrendezvous.org

Superintendent Dr. Greg Smith was on hand to congratulate the students for their selection as Rotary Scholarship honorees.

Coasting Around . . . .
DENNIS GAGE, host of Velocity’s “My Classic Car,” will serve as the 2015 Grand Marshal of the  20th Annual Keels & Wheels Concours d’Elegance May 2-3. “My Classic Car” will be filming an episode throughout the weekend with  Gage meeting participants and visitors, signing autographs, as well as partaking in the awards programs . . . . Dr. Emily Smitherman, daughter of Charles and Joy Smitherman  of Clear Lake and a former Lunar Rendezvous queen, has accepted a fellowship in Pediatric Rheumotology at the University of Cincinnati Children’s Hospital, one of the top programs and her No. 1 choice . . . . NASA astronaut and Harvard graduate Stephanie Wilson visited her alma mater Feb. 18 to take part in discussions focused on inspiring girls to pursue technology careers. . . .