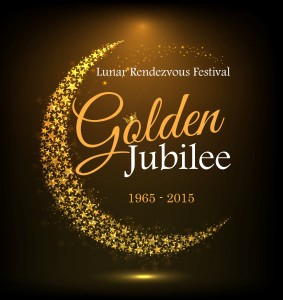 Lunar Rendezvous will host its 2015 Festival Kickoff Party Saturday, March 28, from 6-10 p.m. at the Hilton Hotel on Clear Lake at 3000 NASA Parkway in Nassau Bay.

This festival is celebrating its 50th anniversary this year.

The Golden Jubilee Kickoff Party is a complimentary event featuring appetizers, dancing and a cash bar. The 2015 Golden Jubilee Princesses, Lieutenant, Little Ladies in Waiting and Pages will be presented for the first time. In addition, the 2015 King will be announced. Mike Reeves, long-time Lunar Rendezvous volunteer and Advisory Board member will chair the party.

Any community members who are interested in volunteering with the Lunar Rendezvous Festival are encouraged to attend. For information, contact Festival Chairman Jana Miller at lrfgoldenjubilee@gmail.com.

The Lunar Rendezvous Festival is a 501(c)(3) nonprofit organization benefiting the Bay Area Museum, area libraries and charities and providing college scholarships for local students. In the past 10 years alone the Festival has donated over $1.5 million to the Houston Bay Area.