Look for students to be flying around at Pasadena Memorial 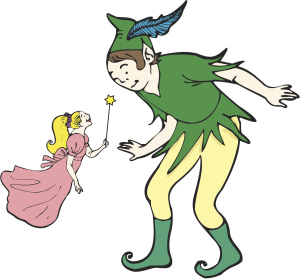 This January Pasadena Memorial High School will host the most spectacular production in the history of the school.  The Fine Arts department is producing the popular musical Peter Pan this season, and it will not be anything like what you might expect from a high school production. While Peter Pan has long been a hit in its many forms, this production is the exceptional, original, musical performed by Mary Martin on Broadway in 1954, revived by actress Sandy Duncan in the 1970s and again by Olympic gymnast Cathy Rigby in the 1990s.

To ensure that this production lives up to its heritage, Pasadena Memorial has contracted with the same company, ZFX, Inc., for its flying affects so that Peter and his friends shall truly fly over the audience in the Stanley J. Oakes Performing Arts Center, PMHS’s newly named auditorium.

“This production will be, by far, the best performance you will ever see by any amateur high school theater group.  Our staff, students, and volunteers have worked tirelessly through the holiday season rehearsing, building, sewing and painting so that this production will just knock your socks off!  We are very excited to finally put it all together and present it for our community,” Assistant Principal Tish Eubanks explained.