They Lived Life at the Top of the Hill 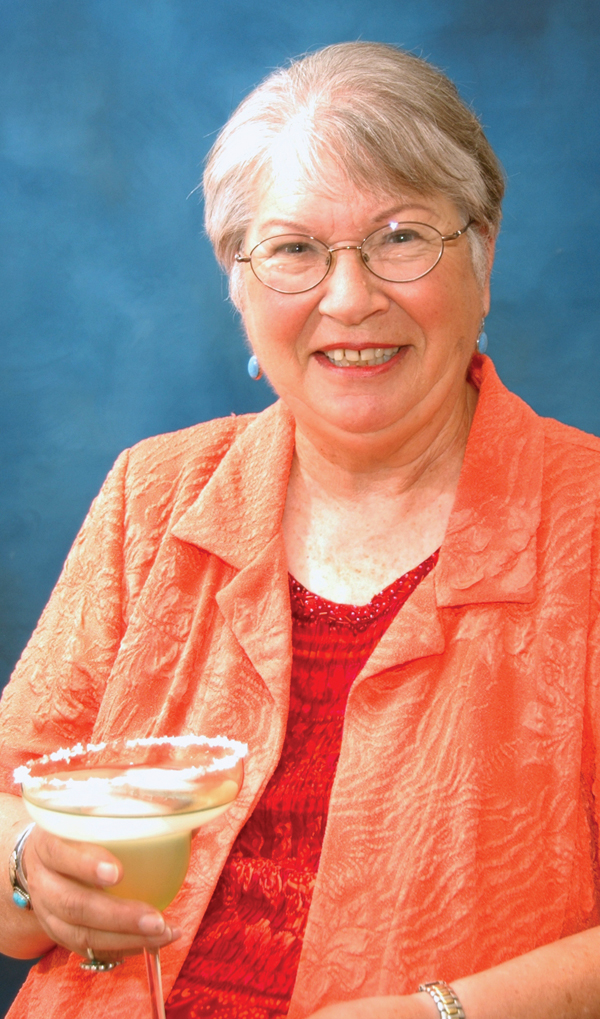 Kathy Harlan prepares to offer a marguerite toast. She gives speeches about keeping busy and volunteering so, she says, “I have to practice what I preach.”

Two Clear Lake ladies – Kathy Harlan  and Joan Wade – not only saw their teenage dreams come true, they spent part of their early adult years caught up in the excitement of life in the nation’s capital.

Both worked for well known U.S. senators and soon found themselves a part of some of history’s greatest moments – witnessing events the rest of us have only read about.

Both later moved to Clear Lake when their husbands joined NASA’s Johnson Space Center – trading the excitement of Washington for the excitement of the space race to the moon and a new life as community volunteers.

Both were elected to their respective city councils – Joan to the Nassau Bay Council and Kathy to the Taylor Lake Village Council and both were later honored at the Men and Women of Heart Gala for their community endeavors.

Kathy first went to Washington the spring of her junior year while a student at the University of Redlands in Redlands, Calif. “There are experiences that literally change your life, and that was one,”   she writes in her book, Songs of My Life.

Besides taking classes at American University in Washington, she attended seminars with congressmen and White House officials, played touch football on the mall, partied and attended concerts and plays – all the while observing the inner workings of the Hill.

“I attended a presidential press conference, a Lincoln Day Dinner at which I sat close to three presidents, congressional hearings and church with President Eisenhower.” All this while still a college student. 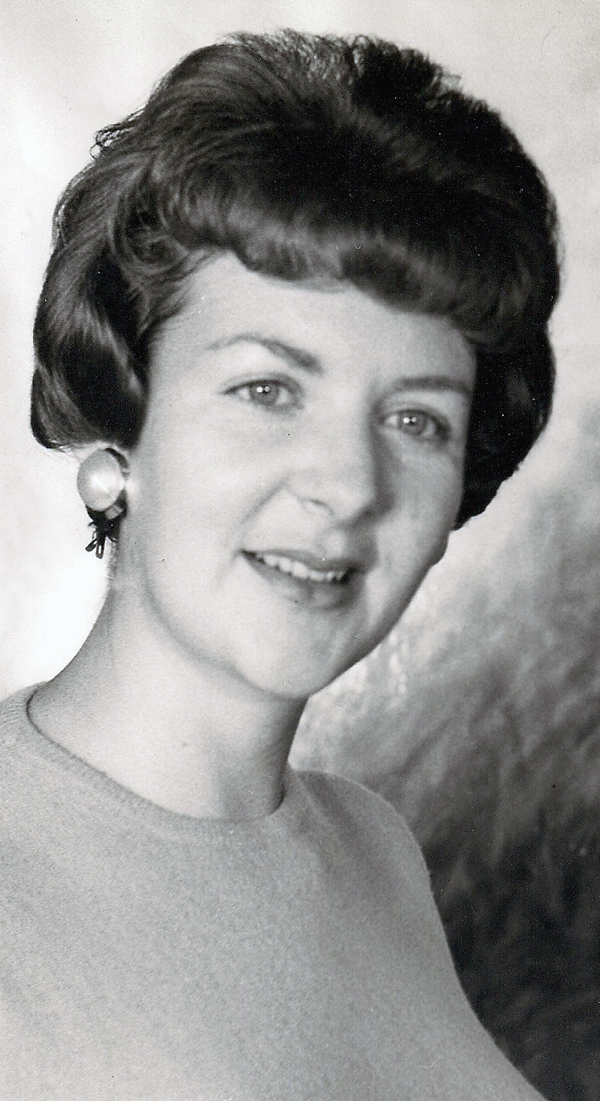 Joan Wade remembers back to the days when she worked on The Hill for Sen. Wayne Morse (D-Ore)

“A perfect day,” she remembers, “would be to sit high in the gallery of the U.S. Senate, listening to the ‘giants’ of our country debate. The exchanges between Lyndon Johnson and Everett Dirksen evoke the times when debate was intense, yet civil and often humorous.”

The bug had bitten, and after earning her degree, Kathy headed back to the nation’s capital – this time to work for Sen. John Sherman Cooper (R-Ky), which she calls “one of the great privileges of my life.”

He introduced her to Colonel Sanders and Prime Minister Nehru and taught her how to introduce someone whose name you can’t remember. She sat on the floor of the Senate with him as they passed the Medicare bill – which he called the most important legislation of their lifetime — and grieved with him over the death of his friend, President Kennedy.

He treated her like she was his daughter and always called her Miss Jarrel. “My apartment and my new boyfriend, Charlie Harlan, were personally inspected and interviewed. The senator had a limo driver but often Charlie’s beat-up VW, with KJ sprayed on the hood, sat in the senator’s parking place in front of the Senate.

“To the dismay of the Capital Police, he sometimes liked to ride about town as an ordinary citizen. The ambassador to India and later East Germany, and Representative to the United Nations, reminisced about his life as they drove around. He had a great time leaving security behind and riding around the city with Charlie and I.” 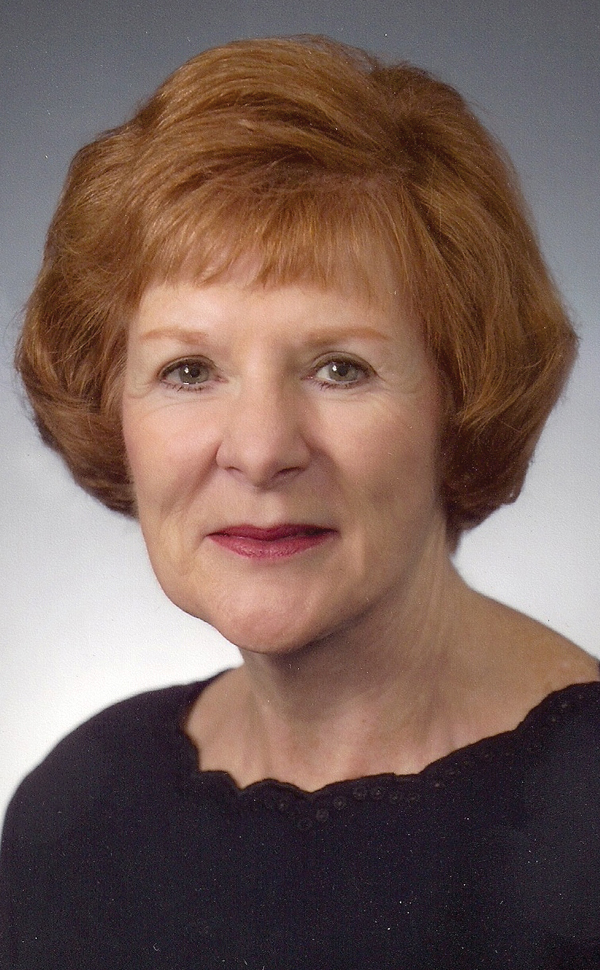 Today, Joan Wade spends her days as a Clear Lake housewife and volunteering in the community.

The senator and his wife, Lorraine, both attended the Harlans’ wedding in 1963, after which the newly weds settled in Clear Lake and Charlie went to work over at Johnson Space Center, where he eventually became its chief safety officer and Kathy, an excellent writer, became one of the area’s hardest working volunteers while becoming an outstanding tennis player and starting a couple of small businesses.

Joan, also has been to the mountain top. In fact, she was born in a hospital on a mountain top in Pikeville, Ky., in the Hatfield-McCoy area but later spent most of her formative years in Arlington, Va., just outside Washington.

She, too, was drawn to the congressional excitement and while in college at William and Mary worked summers for Senators Estes Kefauver (D-Tenn) and Allen Ellender (D–La) and took a leave of absence from college to work on President Eisenhower’s re-election at the Republican National Committee.

“My boss, Dr. McCaffrey, wrote the Republican Platform and his wife, Mary Jane McCaffrey, was a secretary for Mamie Eisenhower.” After Ike’s re-election, Joan worked briefly for Sen. Warren Magnuson (D-WA), chairman of the Senate Interstate and Foreign Commerce Committee before returning to William and Mary to complete work on her B.A. in Government.

Soon afterwards, she was offered a job in the office of Sen. Wayne Morse (D-Ore), where she worked for two years as a case worker on such issues as Social Security, Veteran’s Administration, the military, railroad retirement and other problems.

Sitting in the front office, she got to meet many illustrious people, including famous newspaper columnist Drew Pearson, Oregon Gov. Mark Hatfield and Republican Vice Presidential nominee, Sen. Henry Cabot Lodge Jr.  She also got to attend a rare Joint Session of Congress and the McCarthy Hearings.

Senator Morse, Joan confides, would often close the office, gather the staff around his desk and tell them what transpired in the Senate Foreign Relations meetings, such as the one with Russian Premier Nikita Khruschev. 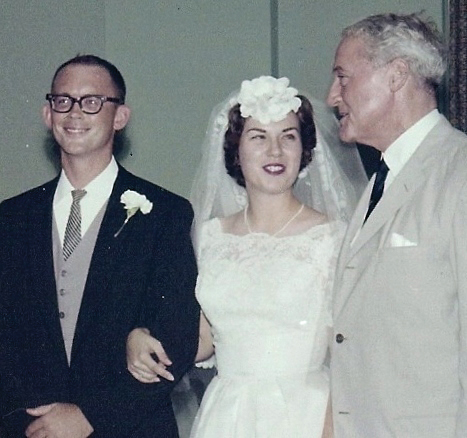 Sen. John Sherman Cooper (R-Ky), right, who came with his wife, Lorraine, congratulates Charlie and Kathy Harlan at their wedding in 1963.

Talk about bad luck, Joan had a little of that too. Because of the friendship between Senator Morse and President-elect John Kennedy, Joan and her fiancé were invited to Kennedy’s big inaugural ball with privileged seating.

“However, the day before the inauguration there was a terrible snow storm. When I left my office at 5 p.m.to go home and change for the ball, my windshield wipers froze and I had to abandon my car in the middle of the street leading to the 14th Street bridge. I got in a car with strangers to go to Virginia and then walked 10 blocks in the snow, arriving home at 10 p.m.

“My car was impounded, and I missed both the ball and the inauguration.”

Later, she worked as office manager for Rep. John B. Bennett (R-Mich) until her son was born. Then in 1966, her husband, Lew, a space scientist and author, accepted a job with NASA at the Johnson Space Center.

Joan remembers that shortly after moving to Nassau Bay, Kathy, who lived a few houses down the street, came to visit. “We discovered we had worked on The Hill at the same time and I had often visited her office. I still had many Kentucky ties and considered Senator Cooper to be my senator. I also was commissioned a Kentucky Colonel by the Kentucky governor.

Today, both are still active. Kathy stays busy making some speeches and giving programs for caregiver and health conferences — the most recent was a breakout group at the Women’s Health Conference sponsored by St. John Hospital last month.

“I talk about humor and health, and the importance of keeping busy and volunteering. I write an article almost every month for Life Is Good Magazine. And I played the triangle(!) with the 6th grade band at Westbrook Intermediate at its year end concert. I don’t do the same type of volunteering that I used to but I have to practice what I preach.”

It’s been a long time, but there are days when both Kathy and Joan find their minds drifting back to The Hill.

Joan might focus for a moment, for example, on her visit to Jimmy Hoffa’s headquarters, a magnificent building overlooking Capitol Hill and how amazed she was at the opulence of the building with ornate marble and elaborately dressed elevator operators; how his secretary took her to lunch in the cafeteria, where the delicious food was prepared by a French chef and free to employees; and how she also got a tour of Hoffa’s private office and its spectacular view of The Hill.

While Kathy might think back to the morning she stood in the snow for President Kennedy’s inauguration, shivering in the icy wind as the inaugural parade went by and standing with Charlie, four years later, as Kennedy’s caisson moved slowly through those same streets and how they stood in the long line that extended from the rotunda of the Capitol for one final farewell.

« May the Workforce Be With You
In Wheel Time: All the Rage »
Bay Area Houston Magazine