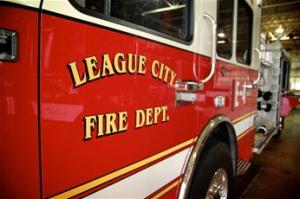 Smith was previously the fire chief for the City of Galveston from 1983-2013, and has since retired. While with Galveston, he had oversight of the city’s fire department and assisted Galveston with emergency response, recovery and rebuilding procedure during Hurricanes Rita and Ike.

He has experience in crisis management, government rebuilding, emergency management, and public safety administration. Smith is a graduate of the A.A.S. Fire Technology program at Galveston College, and graduated from the Texas Fire Chief’s Academy among many other honorable recognitions and certifications.

He is serving in the interim position after the resignation of  Fire Chief Brad Goudie, who served from August 2011-January 2015 as the city’s first paid fire chief.

« Look for students to be flying around at Pasadena Memorial
Don’t Miss the Deadline! Pay Your Tax Bill On Time »
Bay Area Houston Magazine