League City mayor: We need to keep an eye on the future 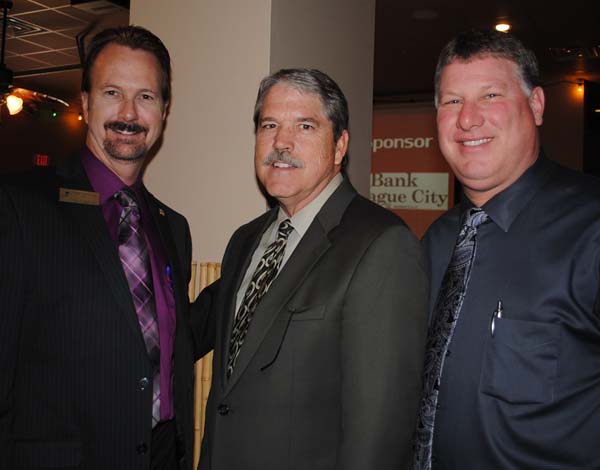 The state of the city is good, League City Mayor Tim Paulissen told the League City Chamber at its monthly luncheon, but “we need to keep an eye on the future.”

“We’ve made a lot of progress, and people notice. About a year ago, we were named one of the smartest cities in our state and nation. This year, we’ve been named the sixth safest in Texas and 68th in America.”

With that in mind, a recent council strategic planning session identified three main issues for attention, he said:

Meanwhile, he said, “don’t forget the basics,” going on to mention improvements to traffic, sidewalks, drainage, the water supply, work on various roads that should result in a 30 percent increase in traffic capacity and the start of construction on the new public safety building for police, fire and emergency management.

Key to accomplishing all this, he explained, is protecting the taxpayer, keeping the city’s financial position as strong as it is today.

“We have ample reserves, our debt load is strategically managed and under control, and our revenues are strong as the economy shows signs of recovery.” The city needs to continue to hold taxes low. “We have had three consecutive tax cuts and now have the lowest rate since Ronald Reagan.

“Like a young and growing family that borrows for major investments such as a home or car, League City may need to spread the cost of necessary infrastructure over a reasonable period of time – while not overburdening ourselves or the next generation.

When people talk, we listen, he said. “The 518 access management project was withdrawn for more study, and after November’s clear vote on red light cameras, we’ve already gotten one removed more than 18 months ahead of schedule.

“It’s been more than 50 years now since League City residents and businesses banded together to form this city. They knew what we must remember – that together we can do more for ourselves and one another.”