As the Lake Churns 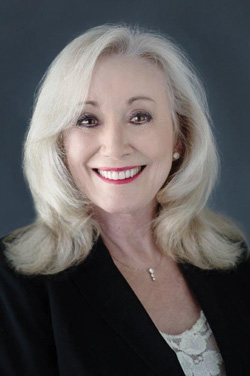 Hello again, Marcia here. Well, I just finished my favorite new drink, the Quarantini, which is just a regular martini I am drinking all alone in my house.

Also reminiscing on a quote from my friend Roselyn Pierce, who by the way, I believe, practices what she preaches. “Sometimes you just have to shut the world out, close your eyes, and turn up the music.”

Two of the coolest dudes in Clear Lake had birthdays this month. We wish many more for Keith Spalding and John Rihn. Keith’s surprise party was thrown by none other than the rockin’ Roxanne Reeves Spalding! It was held at Jackie’s Brickhouse with an AC/DC cover band Back in Black, and many notorious and local unsavory celebrities were seen in the crowd. We will never know the exact count of how many Lotus’ he owns, but I suspect he bought himself a birthday surprise that’s in a garage somewhere off premise?

John Rihn’s birthday was a subdued event with a drink special, the Quarantini.

And to honor those birthdays, I would like to borrow another quote, this one from Dr. Seuss in his “Happy Birthday To You” book. “Today you are you, that is truer than true. There is no one alive like you.”

And, did you know the in early December, the Port of Galveston set a new record? 1 million cruise passengers!

And lastly, did you know the coronavirus will bankrupt more people than it kills? Pause, and make yourself a double Quarantini.

If you keep wondering what the hell is that going to be?? When you are on the NASA fly by @ NASA Parkway, it’s the Absolute Volleyball Academy of Texas. It’s a 54,000-square-foot, state-of-the-art facility with eight indoor courts, eight outdoor courts, a physical training center, pro shop, and other surprises. It will be one of the largest volleyball facilities in Texas and will host year-round tournaments that will bring many athletes and families to the area. Plans are to open July 2020. 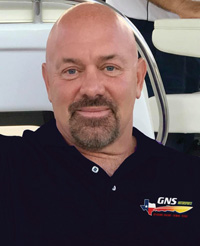 Another cool thing to pay attention to is GNS Motorsports. LilBill Reeves has been involved in high performance boating for most of his life. He grew up on Clear Lake and his love for boating turned into a very successful business — Victory Marine. They specialize in high performance boats, poker run boats and raceboats. LilBill has rigged some of the most extreme boats on the planet, installing high performance electronic systems and propulsions enhancements, making them one-of-a-kind screaming machines. Some of these include — Team Yahoo, Spirit of Houston, Sudden Impact and Spirit of Texas.

His racing career started in the 1990s throttling for several different successful teams throughout the United States and overseas. He is very excited to get back into racing and looks forward to the 2020 season. 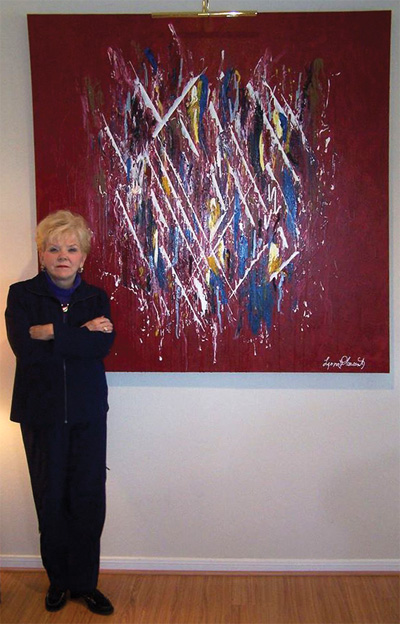 We have been so blessed with the talent and gregarious personality who creates these one of a kind pieces of art, Leona Pleasant. She has been contributing since 2001 to art walks, local events, and shows. She showcases a diverse collection of artistic interpretation painting rocks, wood, palm fronds and anything else that stands still. She does darling pet portraits and exhibits at From the Heart Gallery, 2111 Post Office in Galveston and locally in her studio. Visit her on Facebook for up to date exhibit info. 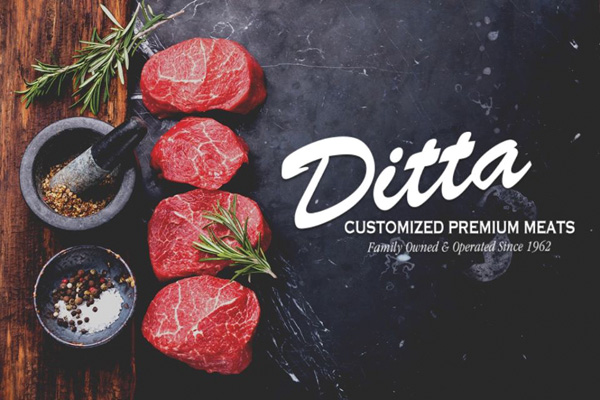 In case you think you can’t get your beef…check out going to Ditta Meat Co. They are open to the public. Call ahead at (281) 487-2010 to be sure they have what you need! Visit them online at www.dittameat.com

Until next month, keep both those props in the water, stay safe, healthy and happy.

P.S. The weatherman said it’s supposed to rain tomorrow, so I put an umbrella in my drink. 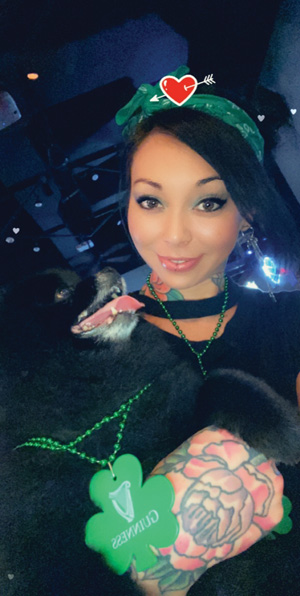 She is a service dog, a published model, and the best thing that ever happened to her owner Sari.

While originally an Uptown New Orleans gangster, she has called League City home for the past few years…and she absolutely loves our Bay Area!

Ninja is a well traveled dog and has enjoyed the many luxuries this life has to offer.  She just returned from the Hard Rock Hotel in both Las Vegas and Biloxi, where she got to captain a private plane. Before that, she was in Costa Rica enjoying the breathtaking view from the Sheraton Escazu.

One of Ninja’s favorite things about living here is Galveston Beach, where she enjoys getting her feet wet, burying her face in the sand, and running up and down the coast, just chasing the birds and enjoying life to the fullest as a certified beach bear.

Ninja also enjoys the nightlife and the restaurants…. you can always find her in her comfy travel bag on her mom’s shoulder, there to meet and greet anyone and everyone with a big smile on her tiny face.  Unlike some small dogs, Ninja will never growl or snap at you (unless you’re a dog!) She is incredibly loving and is accustomed to being held and doted on by many who spot her.

So if you do have the pleasure of meeting this tiny bear, don’t be shy! Come on over and give her a rub.