Knowing Which Financial Records to Save or Toss 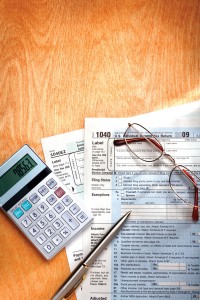 If the memory of hours spent hunting for and organizing paperwork to file your taxes is still fresh, think about doing some financial spring cleaning so next year’s tax preparation won’t be such an ordeal.

Many people hold onto mounds of receipts and account statements because they’re not sure when it’s safe to toss them. (By toss, I mean shred – don’t give identity thieves any ammunition.) Here’s when you wouldn’t want to lack proper documentation:

• If audited by the IRS you must be able to justify deductions, charitable contributions, income, etc.

• Track stock and fund transactions so when you sell you’ll only be taxed on profits above the purchase amount; also to justify claiming a loss on your taxes.

• To claim tax credits/deductions for home improvements, such as energy-efficiency upgrades or for medical reasons.

• If you make nondeductible (after-tax) contributions to an IRA or 401(k), to prove you’ve already paid taxes on the amount.

• Your heirs will need your financial documents to settle your estate.

• The IRS has several periods of limitations during which you can be asked to produce records proving income, deductions or credits you claimed:

• Normally, they have up to three years after your tax return to request documentation.

• However, if you failed to report income that is more than 25 percent of the gross income on your return, they have six years.

• If you file a claim for losses from worthless securities, it’s seven years.

• If you don’t file a return or file a fraudulent return, there is no statute of limitations.

So, you should probably hold onto back-up documentation for seven years, to be safe. These records include:

• Receipts, cancelled checks or other proof of payment for deducted expenses.

IRS Form 552 contains detailed instructions on what to save and for how long (www.irs.gov).

Hold onto certain documents for even longer than IRS audit requirements. For example:

• Keep records for investments and major assets at least as long as you own them.

• Save records and tax forms relating to retirement accounts, at least until you’ve drained their balances.

• Save all tax returns and attachments (Schedules, W-2 form, etc.) indefinitely. The same goes for hard-to-replace personal documents such as birth, marriage and death certificates, divorce, adoption and military discharge papers, will, power of attorney, etc.

You can always save actual documents and receipts. But if your goal is to reduce paper clutter, scan copies and save as PDF files. Back up electronic “soft copies” on an encrypted flash drive or external hard drive in case your computer crashes. And, if you’re worried about fire, theft or other disasters, store additional copies in a safety deposit box or with a trusted friend.

Recordkeeping is no fun, but compared to tearing the house apart to prepare for an audit, it’s a small price to pay.

This article is brought to you by a partnership between Visa and Texas First Bank and was authored by Jason Alderman, who directs Visa’s financial education programs.  For more information, follow Texas First Bank on Facebook, Twitter and You Tube or visit us at www.texasfirstbank.com.