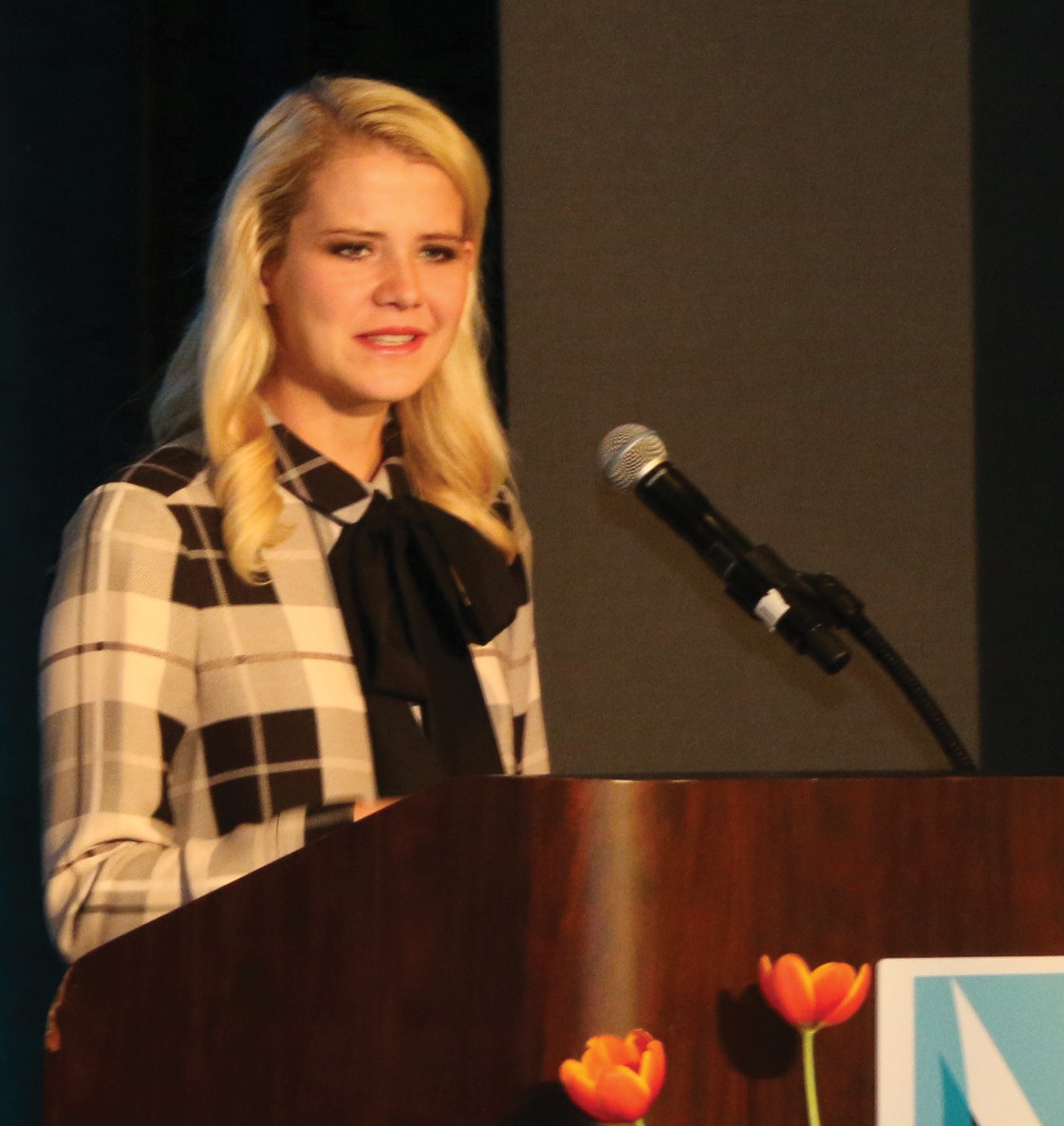 Bay Area residents who likely were horrified back in 2002 when Elizabeth Smart was kidnapped at knifepoint from her Salt Lake City bedroom as her little sister lay sleeping beside her and was held captive for nine months, now know the story has a happy ending.

She is now a well adjusted housewife and mother, she told the crowd attending the recent “It’s Your Time Women’s Conference” sponsored by Houston Methodist St. John Hospital and the League City Regional Chamber at South Shore Harbour Resort.

It has taken years to get over it, but she is now opening up about her tragic ordeal, which made headlines across the country. It came to an end in 2003 when her kidnappers, Brian David Mitchell and Wanda Barzee, took her into town shopping — warning her they would kill her if she tried to flee — and a policeman recognized her and rescued her.

Her recovery from the months of rape and death threats were not easy. But now she is finally speaking out about the horrors to which she was subjected.

She has not just survived, she’s making giant strides in her recovery. In 2012, she married Matthew Gilmour, who like her is a devout Morman, and they have an 18-months-old daughter, Chloe.

During her speech at the conference, she spoke about her kidnapping experience, but more from the perspective of a new parent, going on at explain how her mom’s advice had been so vital in helping her move forward. She also talked about how parents can/cannot prepare their kids for something like this.

Today Mitchell, 62, is serving a life sentence in the U.S. penitentiary in Tuscon, Ariz. Barzee,70, received a 15-year sentence.