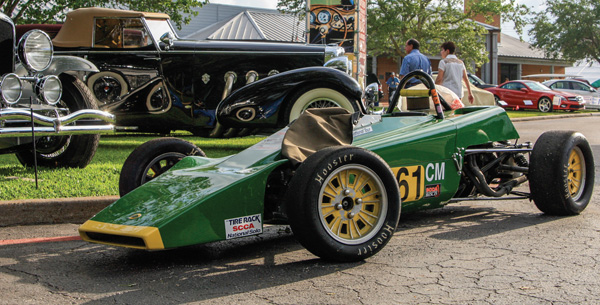 The Tradition Rolls Back In

Classic car and wooden boat enthusiasts are gearing up for the 25th Annual Keels & Wheels Concours d’Elegance event on Saturday, May 1 and Sunday, May 2, 2021 at the Lakewood Yacht Club in Seabrook, TX.

Keels & Wheels began as a dream where current Concours Chairman, Bob Fuller envisioned a world-class boat show that also included classic cars. In his dreams, he saw beautiful vintage automobiles parked along a tree-lined road leading to the old entrance of the Yacht Club, where classic boats would fill the water. Fuller pitched this idea to fellow Yacht Club member and Co-Founder, Paul Merryman and the board of Lakewood Yacht Club, and the first ever-event of its kind was held in 1996.

Since its inception, the Keels & Wheels event has become the nation’s largest classic car and vintage wooden boat show, displaying over 200 automobiles and 100 boats, brought from all over the world, and attracts more than 10,000 spectators from the U.S. and Europe. Over the years, some of the most notable cars that have partaken in this truly unique event included Pre-War Packards, Corvettes (1953-1972), Bentley’s, Duesenberg, American Muscle Cars, Porsche (1948-1973), Super Cars, Shelby’s and Vintage Motorcycles. The event has also featured Century Boats, Yellow Jacket Boats, and Chris Craft Racing Runabouts.

Headlining the event this year will be the cars featured and used in the movie, “Ford v. Ferrari.” Depicting the journey to the 1966 24 Hours of Le Mans in France when a trio of Ford GT40’s claimed victory over a previously dominant Ferrari team. Both the Ken Miles Hero GT40 Mark II and the Ferrari 330 P3 #27 will be available for spectators to view at Lakewood Yacht Club. 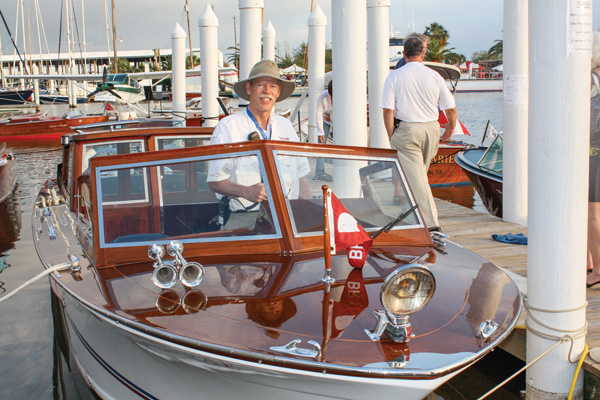 While Keels & Wheels draws in vintage car and boat lovers alike, they have raised more than $1.8 million for local charities. This year, Fuller hopes that the program will be able to increase that number to $2 million, with the Lighthouse Charity Team, Today’s Harbor for Children, and the Cole Gordon Helping Hand Foundation benefiting from their efforts.

Fuller’s passion for these finer things in life can be seen throughout the show, and with it being the 25th anniversary, is excited to grow participation and share this with the next generation of classic car and boat lovers. “This is truly a unique and wonderful experience where spectators can see some of the rarest cars and boats ever produced.”
You can purchase tickets at https://keels-wheels.com/tickets or get more information about the event at www.keels-wheels.com. 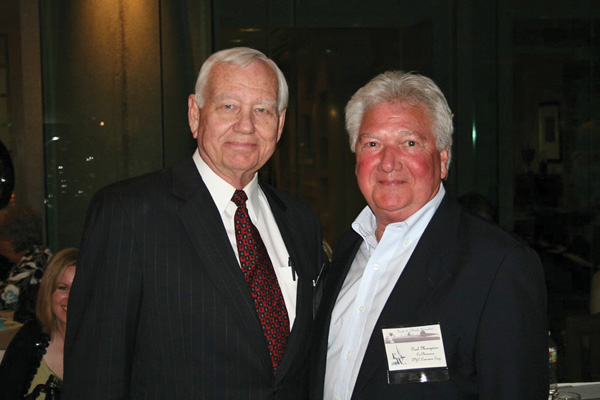 When Paul Merryman, the captain of the Keels, looks back on 25 years, he is amazed that it is now so much bigger than he ever imagined. This idea that started as a brainstorm with Bob Fuller over a bottle of scotch, has developed into a show with a national following and renown recognition for its antique cars and boats. “Most shows have a typical run of 15 to 18 years. We’ve survived for twenty-five!” Paul mused.

Paul, a native Houstonian, grew up coming to Seabrook to boat and fish almost every weekend with his family as a youngster. He remembers the excitement of watching Holmes Boat Yard off Harrisburg building his family’s boat over several months until they could finally launch it on Easter in 1955. His admiration for the fine craftsmanship and meticulous construction sparked his love for being on the water and the beautiful vessels that carry him there. He still owns this treasured boat, a true one-of-a-kind from a time when they were built with handtools and mettled know-how with a legacy to last forever.

Paul has guided Keels & Wheels to expand their definition of antique boats to include old fiberglass boats, too. Many of today’s boat owners were born after a time when the wooden classics ruled the waters and have fond memories of skiing behind the modern ones from the 1970’s. He stresses the importance of including them just like the Wheels part of the show includes the muscle cars from the 1960’s. Making these changes can draw in a larger audience who can see vehicles they remember from their childhood plus create a new appreciation for those from earlier decades in the 1900’s. “I have heard people say they didn’t know that they used to build boats out of wood,” Paul laughed.
Most of owners of the older boats at Keels & Wheels have restored them personally.

When spectators take the time to ask about the restoration process, they will learn that each of these boats are unique because they were built by hand. One side might be deeper or longer than the other, joints may not match exactly, or old motors may need specially built parts because they just aren’t available any more. Paul restores his own boats and says he can easily lose track of time in his shop while he replaces boards or ribcages. Boat restoration is definitely a labor of love as these projects can take years before completion. Plus, Paul admits to being a perfectionist, wanting the boat to looks just like it did when it originally came out of the factory.

Paul encourages everyone to come and enjoy the weekend at Keels & Wheels. He emphasizes that this is a great family event where the kids (and some adults!) can learn about history, old vehicles, and antique boats. “Expose the youngsters to the ways people used to build things with just the tools that were available. Let them see how it was done before technology and computers,” Paul advises. He hopes that this great event will continue well into the future while he and the Keels & Wheels Board works to update and improve this fabulous show.

The Texas Lighthouse Foundation’s (DBA Lighthouse Charity Team) mission supports nonprofit organizations in their fundraising efforts by preparing and serving food at cost and providing volunteers and equipment at no charge; helping those less fortunate by cooking at fundraising events to raise funds for medical necessities; and helping the community and first responders during times of natural and manmade disasters such as hurricanes, explosions, shootings, and more. The foundation will provide volunteers, fundraising support, food and beverages, and more at the 2020 Concours. For more information, visit lighthousecharityteam.com

For more than 70 years, Today’s Harbor for Children has served as a force of change in addressing the facets of abuse and neglect for children in crisis. The Harbor gives their kids a home and community that cares for them. Each child is placed in a cottage on campus with parents that champion their success and support their future. The children have playmates, chores, a regular dinnertime and a charter school on campus for elementary and middle school. Today’s Harbor provides more than shelter – they give kids a place to belong. For more information, visit todaysharborforchildren.org.

The Cole Gordon Helping Hand Foundation is a non-profit organization, inspired by the late Cole Gordon, dedicated to uniting people through livestock projects and encouraging selfless giving so that we may achieve purpose greater than ourselves. We strive to support youth through FFA, Animal Science, Food Safety and Event Planning. Our purpose is to provide some financial assistance to those where money may be an obstacle to them by involving them livestock, providing food education and food safety to those interested in working in restaurants and entertainment industry, giving them a head start in the business world, and educating youth with event planning like what is needed to plan and execute a successful event from 50-500 people. Learn more at colegordonfoundation.com.