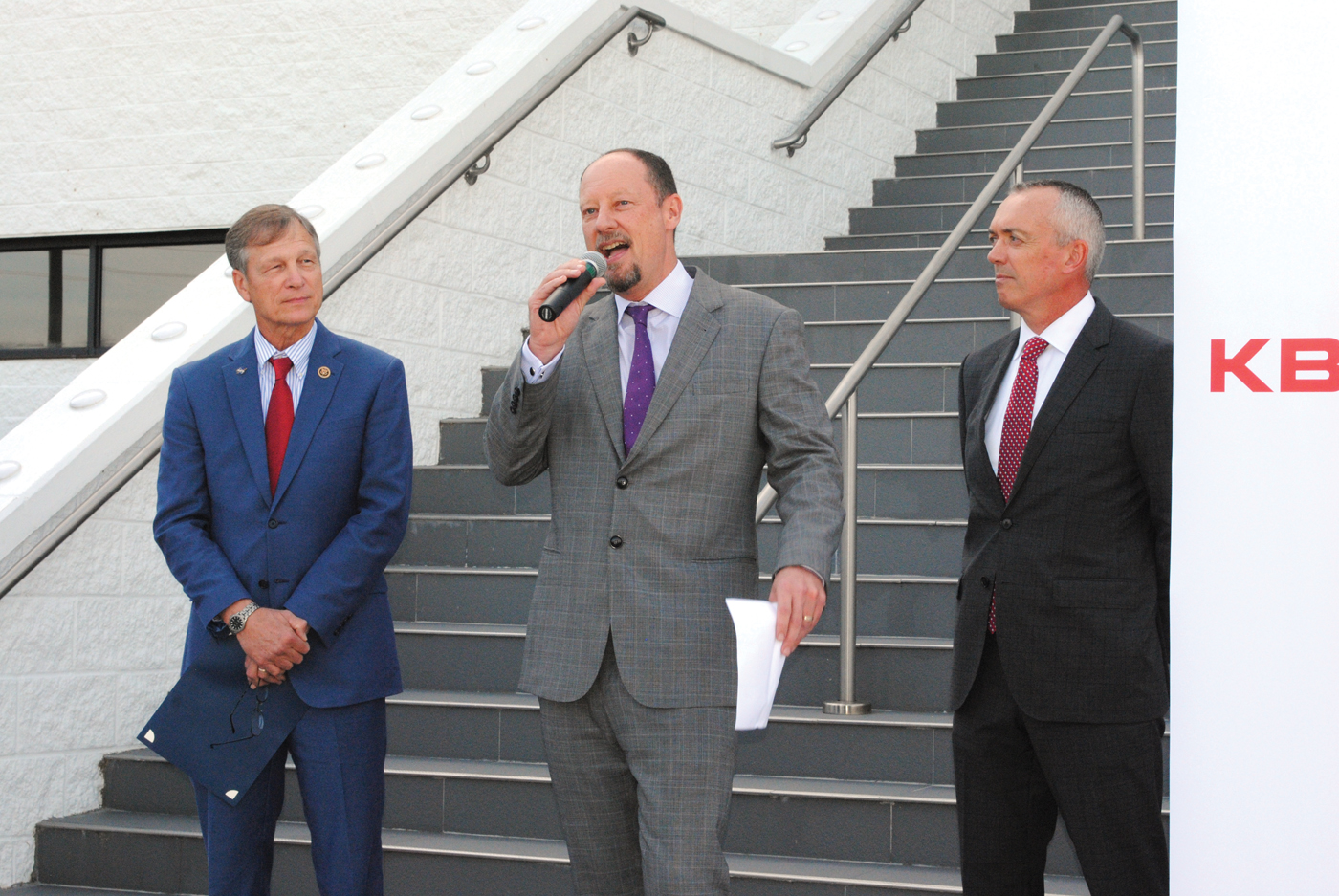 KBR President and CEO Stuart Bradie addresses the crowd as KBRwyle employees celebrate their move to their new quarters at 2400 NASA Parkway. With him are Congressman Brian Babin, left, chairman of the House Subcommittee on Space, and Dr. Vernon McDonald, president of KBRwyle’s Science, Technology & Engineering Group. Photo by Mary Alys Cherry

KBR, Inc. celebrated the official opening of the Houston offices of its KBRwyle subsidiary and the launch of the KBRwyle brand Oct. 25 at its office across from NASA’s Johnson Space Center.

The office, located at 2400 NASA Parkway, is the base of operations for KBRwyle’s work with NASA including the approximately 900 KBRwyle employees operating in and around the Johnson Space Center.

U.S. Congressman Brian Babin, chairman of the House Subcommittee on Space, who also represents the congressional district in which the KBRwyle office is located, as well as many of employees working there, was on hand to present an official congressional certificate of recognition congratulating KBRwyle.

“KBRwyle takes us into a new theater of providing high-end technical and differentiated services.  It’s an exciting time for KBR and we are pleased to be here today to celebrate this office and KBRwyle,” Bradie continued.