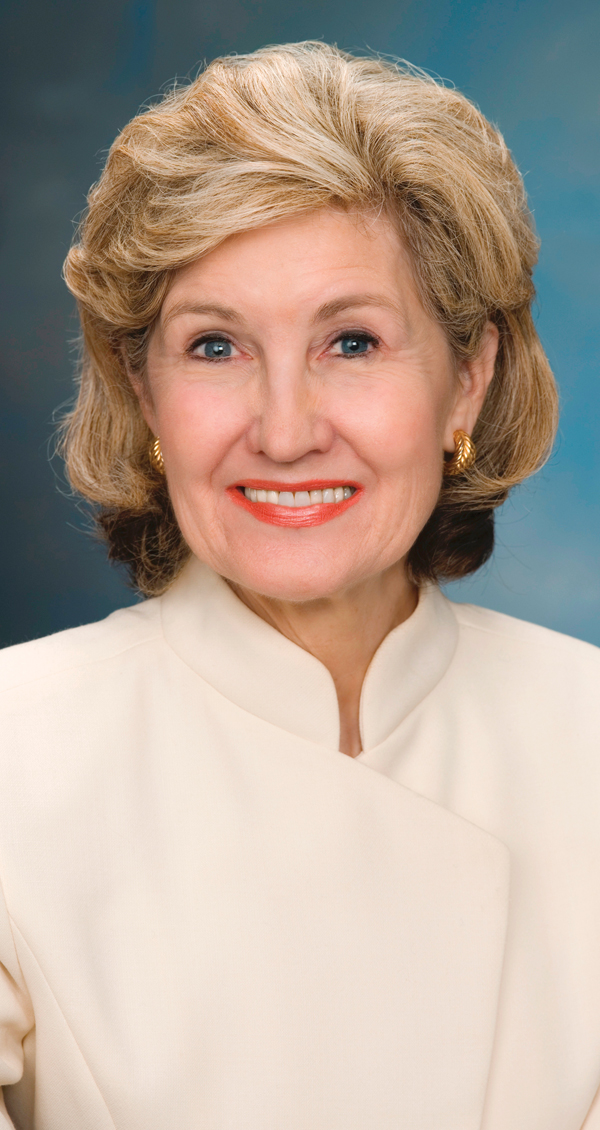 Hutchison was nominated by Lockheed Martin Space Systems Executive Vice President Joanne Maguire. In nominating her, she credited Hutchison as a “long standing champion of the NASA and Department of Defense space programs” and recognized her bi-partisan leadership ensuring passage of the three-year NASA Authorization Act.

Maguire went on to cite Hutchison’s dedication to education excellence, her promotion of the International Space Station Program, and her recent efforts into the preservation of the Orion crew exploration vehicle, Space Launch Systems and commercial space transportation amidst “dramatic program and policy shifts.”

“The RNASA Board of Advisors chose a very deserving candidate for recognition. We’re thrilled to be honoring Senator Hutchison this year,” Rodolfo González, president of the RNASA Foundation, said. Senator Hutchison will receive the award at a gala at the Houston Hyatt Regency on April 26.

Hutchison served from June 1993 through January 2013. As the first and only woman elected to the Senate from the State of Texas, she also became the first Texas U.S. Senator to receive four million votes in a single election.

“A pioneer throughout her career, Senator Hutchison reflects the spirit of exploration and discovery that characterizes America’s space program” wrote Maguire.

Exercising strong leadership on the Senate Commerce Committee’s Science and Space Subcommittee, Hutchison worked hand-in-hand with NASA and the National Science Foundation on behalf of America’s space and science programs. In 2005, the Senator helped to draft a five-year plan outlining NASA’s exploration and research future which was signed into law by President George W. Bush.

In 2010, under President Barack Obama, Hutchison was instrumental in forging a NASA reauthorization bill which balanced future NASA missions with commercial space investments, while providing funds for an additional shuttle mission.

She also led the charge to promote the International Space Station as a National Science Lab. Her support and this designation has allowed for groundbreaking research among government agencies, universities and the private sector.

Originally from La Marque, Hutchison graduated from the University of Texas at Austin with a Bachelor of Arts degree in 1962 and went on to earn a J.D. from the University of Texas Law School. She served in the Texas House from 1972-1976 and went on to serve as vice chairman of the National Transportation Safety Board from 1976 to 1978. In 1990, she was elected Texas state treasurer.

The foundation was founded by the Space Center Rotary Club of Houston in 1985 to organize and coordinate an annual event to recognize outstanding achievements in space and create greater public awareness of the benefits of space exploration.