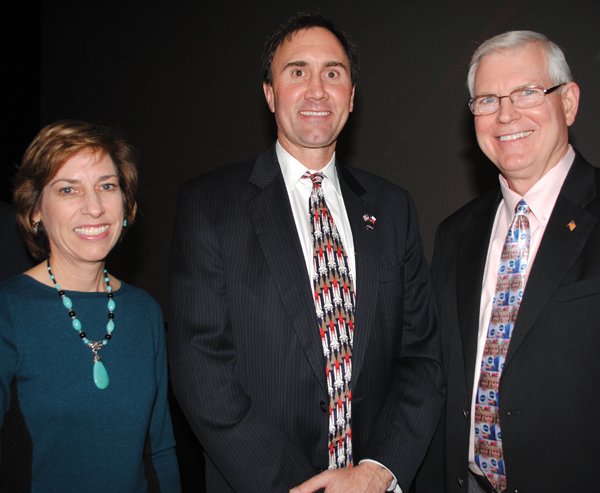 Recently retired Johnson Space Center Director Mike Coats got quite a surprise when his JSC pals tossed a retirement party for him Jan. 11 at Space Center Houston.

He felt sure few would come and told JSC Director Ellen Ochoa so. “No one will come,” he insisted.

Imagine his surprise when nearly 600 showed up to give him a grand sendoff – many coming from all over the country.

Folks like NASA Administrator Charles Bolden, who jetted down from Washington to honor his former Naval Academy classmate, and former NASA Administrator Mike Griffin, who appointed Coats to the JSC post — coming with his wife, Becky, from Huntsville, Ala.

Plus, most of the space agency’s center directors and NASA higher-ups and several members of Coats’ 1978 astronaut class of “35 New Guys” – even two from his first shuttle flight in 1984, Harv Hartsfield and Mike Mullane.

They came not only to praise him but to roast him, and Ochoa, the new director, quickly showed off her great sense of humor.

“We are gathered here to show our appreciation and admiration for an extraordinary leader,” she said. 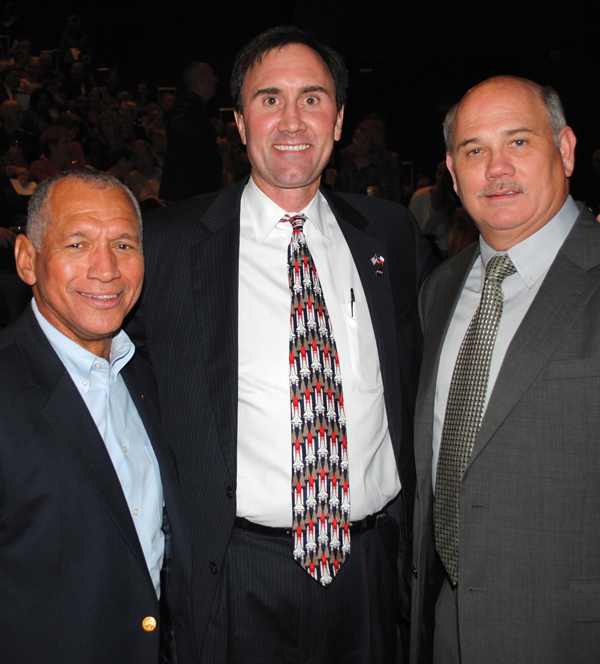 The crowd loved it.

With JSC Director of Center Operations Joel Walker as the emcee, a rollicking evening ensued with humor mixed with praise as Coats and his wife, Diane, children and grandchildren looked on.