In Wheel Time – Hot on Luxury 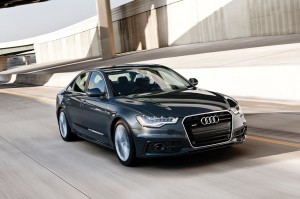 The luxury market is on a roll and manufacturers are stepping up to fill the demand like never before. Here are just a couple of examples to whet the appetites in all of us.

If you think you are seeing more Audi’s in the Bay Area than ever before, you’re right. Audi is one of the hottest European luxury automakers going right now and for good reason; they’re doing all the right things that sell cars.

The A6 is Audi’s completely redesigned midsize sedan that competes with none other than BMW’s 5 Series and Mercedes’ E Class, heavyweights anyway you look at it.

Not only has the bodywork been messaged with a huge grille and Audi’s LED headlamps, its exterior dimensions have shrunk a bit while interior room has grown, a trend that is becoming more commonplace among manufacturers. 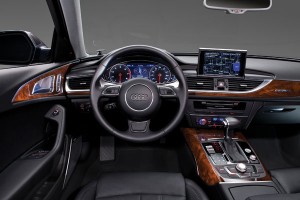 The opulent interior is pleasant to the eyes and wonderful to the touch. If smoking were still vogue, we’d suggest donning a nice cardigan adorned with leather elbow patches before entering. But the big news here is Audi’s MMI – Multi Media Interface, a magnificent – albeit a bit mind boggling – electronic piece of wizardry techno-geeks will love.

Even fuel economy is addressed with an entry level turbocharged 4 cylinder engine delivering 211-horsepower and a 28 MPG rating. 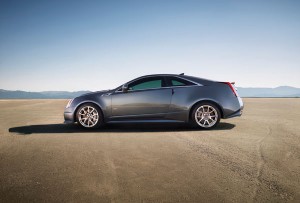 For most 40-somethings, Cadillac wouldn’t even be given a second thought in terms of combining luxury and horsepower. No, that would probably go to Mercedes AMG or BMW M stables. But dollar-conscience Gen-Xer’s will gravitate to “the most for the money” offering called CTS-V.

The other half – the luxury interior – doesn’t really need any special accoutrements with the V package since it’s already one of the nicest in its class.

A recent thrashing of the V at Houston Motorsports Ranch proved its worth. With its 17 turns, the 2.38-mile track combines a balance of slow, medium and high speed corners and this Caddy handled every one with skilled athleticism.

The CTS-V comes in Coupe, Sedan and Wagon versions, each with its own swagger. Pricing begins at $63,215.

Tune in to 1560AM The Game every Saturday morning from 10am to 1pm for Houston’s best car radio show with experts Mike Herzing and Don Armstrong.

« Claude Harmon, III
“Before This Decade is out…” »
Bay Area Houston Magazine