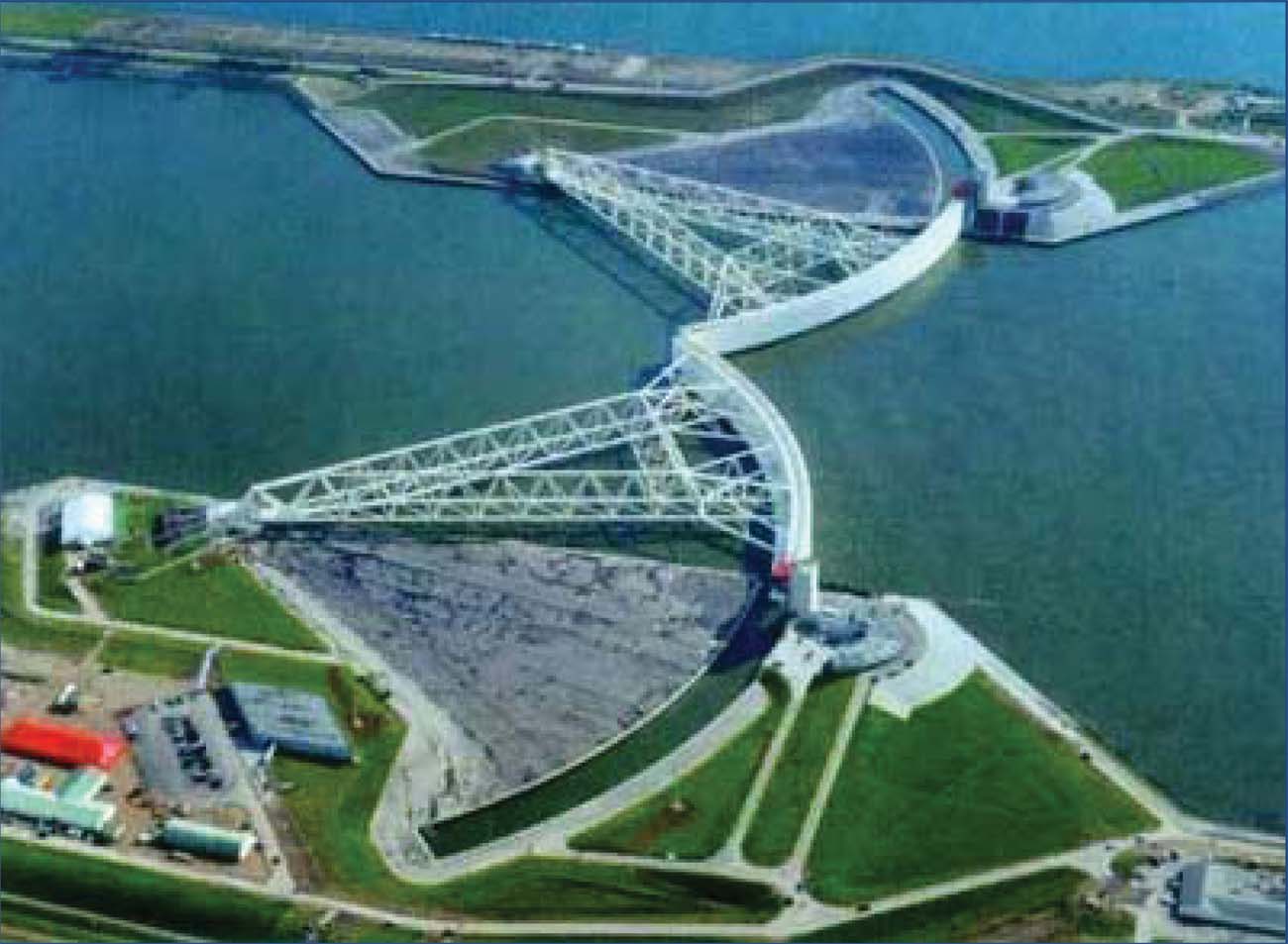 It’s been several years in the making, but at long last we have a Storm Surge Protection Plan, which some might call the Ike Dike on Steroids.

The Gulf Coast Community Protection and Recovery District or GCCPRD has released the long-awaited Phase 3 of its 30-month Storm Surge Suppression Study of the six-county region that was devastated by Hurricane Ike in 2008 and is most vulnerable to storm surge.

It includes a large navigation gate across the mouth of Galveston Bay. As Bay Area Houston Economic Partnership Executive Director of Special Initiatives Dan Seal said, it is “essentially what we have known as Dr. Bill Merrell’s ‘Ike Dike’ — to wit, a spinal levee/dune/seawall barrier extending 55 miles from High Island to San Luis Pass” with a large navigation gate linking Bolivar Peninsula and Galveston Island and comprised of 25 vertical lift gates and a navigation opening for ships to traverse the Houston Ship Channel.

The plan was strongly favored by the several hundred local residents attending a public forum on the subject at the League City Civic Center March 22.

The plan also calls for an additional, much smaller navigation gate (maybe even an inflatable structure which only arises from the seafloor when needed) at the entrance to Clear Lake at Kemah plus a modified Galveston ring levee (which affords additional protection to the commercially developed east side of Galveston Island from potential backside surge flooding from the north from Offatts Bayou).

The Galveston ring levee would ring, or surround, the east side of the Island and is separate and apart from the existing Galveston wall.

“The results of the study,” the GCCPRD said, “clearly illustrate the need for a storm surge protection system in the six-county region to mitigate current and future risks to the public, the economy, and the environment. The recommendations put forward in this report establish a framework for a plan and serve as a call to action for local, state, and federally elected officials to become advocates for coastal protection.

“The time has come to move beyond concepts and feasibility studies and begin preliminary engineering design and construction of the system. The solution is actionable provided there is the will at the local, state, and federal level to make the necessary strategic investments. Until the full system is built, the entire region will remain at risk to surge flooding from tropical events.”

While the plan provides a dramatic reduction in overall surge, there will still be heavily populated areas that can expect to experience four to 12 feet of surge-related flooding the GCCPRD warned.

“The addition of the Galveston ring levee and a navigation gate at Clear Lake, to the coastal spine will enhance protection for the City of Galveston, Seabrook, Taylor Lake Village, El Lago, Clear Lake Shores and Kemah. With the coastal spine in place, the structure design elevation for the modified Galveston ring levee is expected to be in the 12 to 15 feet range, which is much lower than the 23 feet originally proposed,“ the GCCPRD said.

The plan is broken down into three regional alternatives with the Coastal Spine plan — long advocated by Texas A&M Galveston officials and dozens of area city councils — suggested for the Central Region, which stretches 55 miles from High Island in the north to San Luis Pass in the south, with a Galveston Ring Levee and the navigation gate structure, which can be closed when a hurricane approaches.

Total cost of the coastal protection plan is $11.6 billion, the GCCPRD said, noting that “the total damage caused by Hurricane Ike alone was over $30 billion.”

“The upper Texas coast,” it added, “has a population of more than 6 million people, generates over 31 percent of the state’s $1.4 trillion gross domestic product and has a significant role in our nation’s energy industry and our national security. In comparison, the federal government invested $14.5 billion in hurricane protection for New Orleans…to protect a population of 900,000 people.”

Phase 4 of the study will include environmental studies, public outreach and update damage curves for petrochemical facilities.

The GCCPRD was formed by Harris, Galveston, Brazoria, Chambers, Jefferson and Orange Counties to determine how coastal communities can reduce the damaging impact of future storms. The study is being funded by the Texas General Land Office through a $3.9 million HUD block grant.