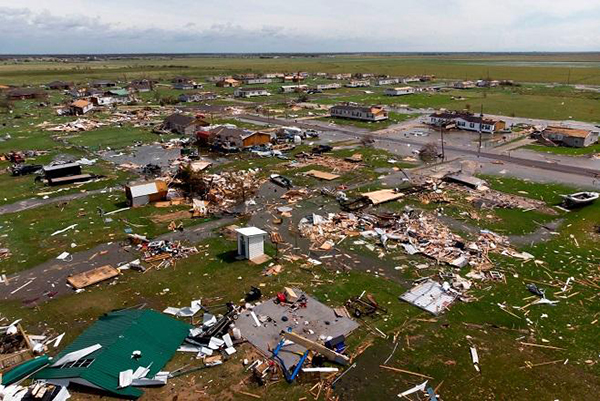 In 2009  I served on a State task force to study the aftermath of Hurricane Ike and to make recommendations to mitigate the damage of future storms. At one of those task force meetings, a disheveled Texas A&M professor appeared and calmly announced that he had the solution to the problem – a coastal barrier that would prevent a hurricane storm surge from ripping through the Houston area.

Frankly, we had heard a lot of kooky ideas at the task force meetings and my first reaction to Bill Merrill’s proposal was that it was just one more. But as he began to lay out his proposal, the more it became apparent to me and others on the task force that he might be on to something. Thus, the Ike Dike was born.

The task force chair, former County Judge Robert Eckels, and I soon became advocates for Merrill’s plan and we helped form an intergovernmental corporation between several coastal counties to begin laying plans for a coastal barrier. We asked then Governor Rick Perry to hear out Merrill’s proposal and he too was persuaded and promised action on it.

Because the project was so audacious and massive in its scale, it took a while for the public to digest Merrill’s plan. I remember one environmental activist early on telling me that Merrill was a “crazy old man.” Several years were lost in a sort of silly academic tussle between Texas A&M and Rice University over competing designs. But eventually the concept of Merrill’s coastal barrier was recognized as the only realistic strategy to protect Texas coastal cities, and Houston in particular, from the killer hurricane that will inevitably show up on our shores one day.

Since then, virtually every elected official has voiced their support for a coastal barrier, including our current governor. The U.S Army Corps of Engineers has conducted a detailed study of the proposal, which was partially funded by the Texas General Land Office.1  The Corps has put the estimated costs at $31 billion. While that may seem like a huge number, and it is, it is just a small fraction of the damage a major hurricane, making landfall just the west of Galveston, would do in the Houston area.

But now a decade down the road, precious little, other than the study has been done. In an interesting and revealing aside, President Trump in a Dallas meeting a few months ago, mentioned that Governor Abbott had asked him for $30 billion to build the Ike Dike. Trump was vague in his response, seemingly not really sold on the idea.

Hurricane Laura was the latest near miss that should be a wake-up call for all of us. A major hurricane making landfall in the San Luis-Freeport area, which was a 40% chance at one point during Laura’s track, is an existential threat to our region. Thousands would die, damages would run many billions and, as my friend Terry O’Rourke outlined in a recent Texas Monthly article, it would cause the greatest environmental disaster in history. If you want to get some idea of the destructive power of storm surge CNN has posted some great “before and after” images on this website showing the devastation from Laura. Such a storm would permanently alter Houston’s future, much like the 1900 Storm did Galveston’s.

Until the federal government makes a large commitment to fund such a project, it is going nowhere. Every candidate for federal office that represents the Houston region should be pressed on their support for funding a coastal barrier. Every incumbent officer holder should be questioned on what they have done to secure funding for the project. And any candidate that does not enthusiastically support moving forward as soon as possible does not deserve your vote.

There have several revisions to the original plan including a redesign of the Bolivar Roads gate structure that allow for greater water exchange between the Galveston Bay and the Gulf and another that would move the barrier from the centerline highways on Bolivar Peninsula and the west end of Galveston Island to a dune structure on the ocean side of each. There will undoubtedly be further refinement as the process moves forward.